Why Jews Will Vote Democrat Again 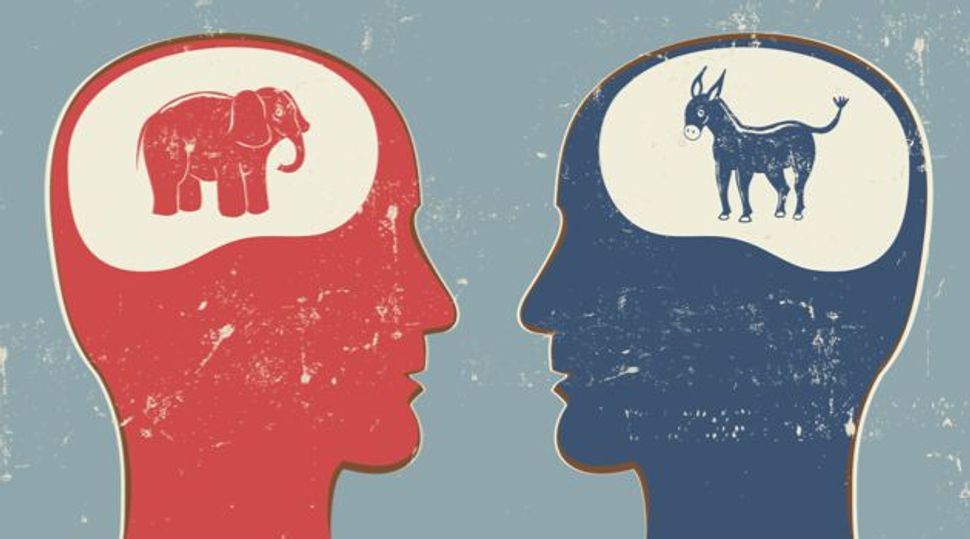 Milton Himmelfarb, essayist and thinker, once famously quipped that “Jews earn like Episcopalians, and vote like Puerto Ricans.” There is some truth to this, and that’s why it prompts a laugh even from liberals. But what is this about? As the midterm elections approach, it’s worth contemplating why a resounding majority of us vote Democrat, almost reflexively.

Jewish memory is responsible for the Jewish vote. Jews know what it is to be outsiders, and we know what it means when the town you live in turns on you and would deprive your children of food or life because of your difference from the majority. We identify not with the overseers but with the slaves, not only because we were once slaves in Egypt, but also because we are, and will remain, a small, vulnerable minority.

The explanation for our unseemly voting for the Democratic candidate lies not in our shopping habits or ZIP codes, but rather deep in our culture. We are not convinced that the poor deserve their fate. Our tradition teaches us to forgive debts in a scheduled manner and to leave enough at the margins of our fields so those without a harvest of their own can survive. So it is hard for Jews to vote for a political party that suggests that if you don’t have medical care its your own fault and if you don’t have retirement funds you have been guilty of sloth or stupidity and other sins that will do you in just as you deserve.

So many Jews traveled to the South in the early days of the civil rights movement not because they themselves were being lynched or restricted from lunch counters, but because Jews knew about restriction, prejudice and the calumny of the poisoned well, the blood libels of Easter massacres. When the second or third generation of Jews learned that America had accepted them but rejected others they understood in their deepest selves the insult and the pain it brings. It was an old insult echoing the pogroms, yellow stars, dunce hats of another place, and as old as the Vienna ghetto and as recent as the “No Jews Need Apply” sign on the factory door, or the “No Jews ” sign on the hotel lawn.

But what is it about Jewish memory that seems so long lived, so unshakable? Our memory is our survival tool. It is our parachute that lands us safely on one continent or another. It is built into all the forms of Judaism, and survives even in secular Jews, vivid, demanding, insisting on connections that go back centuries. You can avoid synagogue all you like, but you still know the reason for the Seder, you still know that David was King and the crusaders murdered the Jews along their route to the holy land. Jews know that exile, whether from Jerusalem to Babylon, from Madrid to Amsterdam, or England to Vienna, was their fate, and all those stories, mystical or factual, painful or shameful, were told generation to generation and in each telling these memories carried a message to the future.

This message places each Jewish child at some risk of life and limb, but also gives each Jewish child a collective story to carry into his or her own place in the world. That story leads to gratitude for the Bill of Rights, the Constitution, for the (not so sincere) pluralism of the founding fathers, whom Jews adopted as their own. Jewish political morals are about community, and protection of the vulnerable and the hardship of being a minority among a majority of others.

The differences between Democrats and Republicans lie in their basic assumptions about people. Democrats look at social and economic circumstances and want to improve schools and opportunity and offer child care or food stamps to those in need. Republicans look at those same circumstances and place blame on the poor and want to guard the rewards of society for those deemed worthy because they already have these goods. There is an old Protestants ethic that sees proof of God’s love in one’s wealth — damning those who don’t manage to make it in the same way.

The Jewish neoconservatives are as American as hot dogs on the Fourth of July, but they wear shoes that will always pinch like Cinderella’s slipper on the foot of the wicked stepsister. Republicans think of military solutions whenever threatened. Democrats, at least some of them, think of allies and negotiations and solutions that might end threats to all. The Democratic idea is not to grab your gun, but to sit down and talk. (Yes, yes, Vietnam alas). Jews are good at talking. In the great rabbinic battle Shammai did not take a knife and pierce Hillel’s aorta. If he had we might be more eager to rush to the ramparts and release our drones.

Republicans are for manning our borders with militias and for protecting our country from those wandering across deserts, in search of a better life. Jews are on the side of the wanderers.

So of course most Jews still vote as Democrats and will for the foreseeable future. It’s not about our private bank accounts or our children who now have legacy admission advantages in the best universities across the land: It’s about the core of the community, the memory of the community, about the deep identification with those without power, those hungry and at the hard edge of American life.

We may play golf and drive Mercedes-Benzes, or at least some of us may, but we all know how easy it is for the Jewish family to become the prey in a nasty Hobbesian world where compassion is in short supply.

And then there are the social issues. Jews — and we are not all the same — are not necessarily more tolerant of private sexual behaviors than others, but we have a vested interest in protecting the private from government intervention. That doesn’t mean all Jews are especially pleased with same-sex marriage or abortion rights or the right to die when ill, or to smoke pot, or to have sex outside marriage, but when it comes to private behavior they understand that government, with its majority voice, needs to be very cautious when dealing with people’s personal choices — sexual, financial, religious.

There is a levee here that has to hold if Jews can be comfortable in a pluralistic America, and the Democrats are ready to pile on the sandbags whereas the Republicans are the river itself coming to drown us in their own vision of the moral life.

So Jews will vote blue again this November and for the foreseeable future. The official mascot of the Democratic Party is the donkey, but Jewish Democrats are more like elephants: We don’t forget.

Anne Roiphe is the author of many books, most recently “Art and Madness: A Memoir of Lust Without Reason” (Nan A. Talese, 2011).

Why Jews Will Vote Democrat Again