Why the Mikveh Scandal Cuts So Deep 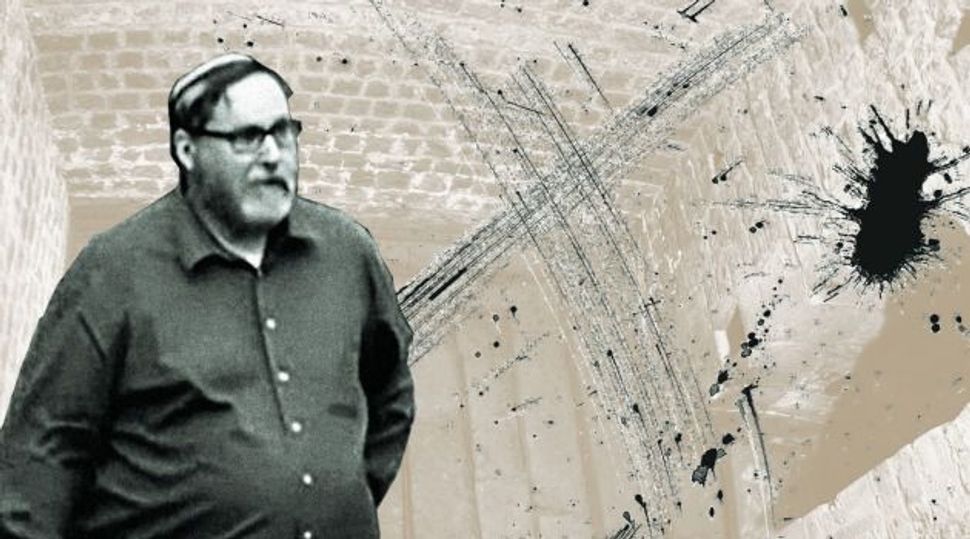 The sordid story of the Washington rabbi accused of spying on naked women in his synagogue’s ritual bath is more than just a local scandal, an Orthodox scandal, a conversion scandal.

It is a Jewish scandal, tearing deep into the heart of a religious hierarchy that is dominated by men who are rarely held to public account for their behavior and decisions, even when that leads to damaged lives and a sullied name of the faith they profess to love.

The October 14 arrest of Rabbi Barry Freundel, taken from his Georgetown home and charged with six counts of voyeurism, unleashed a wave of revolting revelations. Overnight, a spiritual leader with enormous power within the Modern Orthodox world was publicly accused of being a peeping Tom and a bully — someone who abused his educational, rabbinic and moral authority.

His congregants at Kesher Israel were stunned. Other Jews in the nation’s capital were embarrassed. Many women were fearful and furious. Suddenly, even non-Jews knew what a mikveh was.

But it’s not enough for those who employed, elevated and enabled Freundel to express their shock and absolve themselves of responsibility. Warnings signs and complaints were brushed away or went unheeded altogether.

Even if no one could believe that a rabbi who was considered an expert on ethics would apparently do something so unethical, there seem to have been plenty of indications that Freundel took advantage of those who relied on him to usher them into Judaism.

Listen to the pain of some of the converted women who have come forward with their stories.

Stephanie Doucette, a 22-year-old graduate student at George Washington University, became uncomfortable with Freundel shortly after she began the process of conversion with him.

“Although I was very cautious around him, I continued my conversion,” Doucette wrote in the New York Jewish Week. “Then, some time later, I began having issues with some of the male congregants saying sexually inappropriate things to me. It was at that point that I went to Rabbi Freundel for help, but he seemed to simply shrug the problem off and explained that as a young, attractive female, this was going to happen in any community. He then remarked that if he were younger and single he would be interested in me as well.”

Since she was forced to perform two “practice dunks” in the mikveh, Doucette is now waiting to find out whether she was one of the women Freundel allegedly filmed with a secret camera he installed above the shower stall.

This is the man, let’s remember, who was a member of the executive committee of the Rabbinical Council of America, the world’s largest body of Modern Orthodox rabbis. A man who also chaired a powerful committee within the organization that rewrote standards for conversions conducted by RCA rabbis.

“No one can understand the power he had,” Emma Shulevitz, another prospective convert, told the Jewish Week. “His word was law. Those who tried to question some of his strange practices were brushed aside.”

And people did question his “strange practices” and misconduct, complaints that went straight to the RCA, which has since acknowledged that it investigated Freundel for “allegations of impropriety” in 2012 and again in 2013. Among other things, he was accused of forcing prospective converts to do clerical tasks and solicit donations, as well as maintaining a joint bank account with a conversion candidate.

The RCA apparently took these complaints seriously enough to appoint two high-powered attorneys to pursue an investigation: Allen Fagin, now the chief professional at the Orthodox Union, and Eric Goldstein, now CEO of the UJA-Federation of New York.

But the RCA clearly didn’t trust the public enough to disclose anything about the investigation and didn’t even tell Kesher Israel officials about it. Freundel was exonerated and his behavior evidently continued.

Now the RCA is doing what organizations do: appoint another committee, this one to review conversion procedures and suggest ways to curtail rabbinic abuse. It also pledged to have women serve as ombudsmen in rabbinic conversion courts.

It’s a good move, especially since two women who converted to Judaism are included in the committee announced today. But it’s not enough. What’s missing is an explicit, independent system to field complaints from those who feel they are abused or mistreated by rabbinic authorities. A kind of “whistle blower” provision for the rabbinate.

And more: This incident highlights the serious flaws in how those who wish to convert to Judaism are sometimes treated. Although the road to conversion is more strict (and therefore, more prone to abuse) in Orthodox communities, it still can be an arbitrary process in other denominations. As the Forward has argued, conversion to Judaism should be made simpler, cheaper, quicker, more inviting and more transparent.

To that end, Bethany Mandel, another woman who said she was victimized by Freundel, has suggested a “bill of rights” for converts to ensure that the process is safe, timely, reasonably priced, respectful and welcoming. Since she is now on the RCA’s committee, there’s some hope that she won’t be ignored.

“Converts deserve to be treated with the same love and care as Jewish orphans from the moment we become Jewish,” she argued.

And everything — everything — must be done to reclaim the mikveh as a safe, private and nurturing place for women. “I don’t know what percent of the water in the mikveh is actually made up of women’s tears, but I suspect it’s a lot,” Danya Ruttenberg wrote in the Forward right after Freundel was arrested.

Sadly, in the wake of this scandal, so many women who have organized their spiritual lives around a monthly visit to the ritual bath, or have transformed this ancient custom into a meaningful, contemporary rite of passage, have become justifiably frightened or simply disgusted. They deserve to know that they are not spied upon or preyed upon at this intimate moment. They deserve to have the mikveh theirs.

Why the Mikveh Scandal Cuts So Deep