A Double Standard That Works in Israel’s Favor 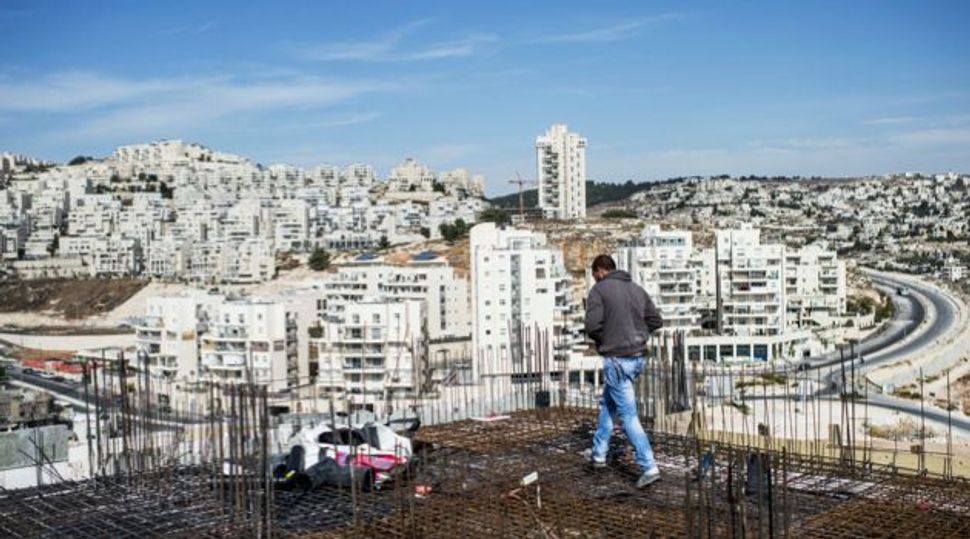 A few days ago a reader wrote to chastise me for something I’d written about Israeli construction in East Jerusalem (“Why Benjamin Netanyahu Is Wrong To Cite ‘American Values’ in Jerusalem Feud,” October 17). Since this reader happens to be a serious, thoughtful writer whose work I admire, I owe a serious answer.

I had argued that Israel couldn’t meaningfully defend its construction policies in East Jerusalem in the name of equality and fair housing rights for Jews — those “American values” Prime Minister Netanyahu invoked — because those values aren’t applicable. The problem is that you can’t demand equal rights for your citizens on land that isn’t yours. Yes, Israel annexed East Jerusalem years ago, but not a single country in the world has recognized it. Basing your defense on a premise that nobody else accepts may feel good, but it won’t win any arguments.

I don’t understand why you object to the idea that East Jerusalem is part of Israel because Israel annexed it after capturing it in a defensive war.

Until I hear the world calling for the return of Hawaii to Polynesia or of New Mexico to Mexico, I can only conclude that failure to recognize lands annexed by Israel as part of Israel is just another double standard to which Israel is being held.

Double standard? Perhaps. But you can’t compare Israel’s actions now to America’s in the 19th century. Back then, conquest and annexation were very much in vogue (as were slavery and, in the case of America’s indigenous tribes, genocide). Much of the world was controlled by a handful of global empires. Things have changed.

Instead, let’s compare Israel’s case to more recent examples of nations seizing and claiming land beyond their sovereign borders.

Case 1: Iraq annexes Kuwait in 1990. What happens? The United States, under the first President Bush, mobilizes a global coalition of 90 nations and within five months drives Iraq back to its own borders. No international conferences. No fact-finding missions. Badda-bing, badda-boom, outta there.

Case 2: Russia seizes Crimea this past February. Outcome still unknown, but the world is certainly taking the grab seriously. No, it doesn’t look like anyone has the stomach for a military confrontation between the superpowers. But America and the West have imposed stiff sanctions on Russia, with more in the pipeline. Russia’s feeling the pinch. We may not see a shooting war, but we’re clearly heading into a new cold war. If Vladimir Putin gets a pass on bullying Ukraine, Poland or Hungary could be next.

Both Iraq and Russia had serious claims. Kuwait had been carved out of Iraq’s southern Basra province by Great Britain when it received the League of Nations mandate over Iraq in 1921. Crimea, historically part of Russia and majority ethnic Russian, was gifted to Ukraine in 1954 by the newly crowned Soviet party boss, the Ukrainian reared Nikita Khrushchev. But in neither case was the world community interested in hearing these reasons.

Compared to these two cases, the international response to Israel’s annexation of East Jerusalem has been relatively mild and toothless. It’s been 47 years since Israel extended its civil law to the city’s newly captured eastern sector (it was never formally annexed as sovereign Israeli territory). Other nations haven’t recognized the act. They’ve protested and moved their embassies. But there haven’t been international sanctions like those Putin’s Russia has faced, much less a 90-nation military coalition to force it back. Just words.

If it seems like pressure on Israel is intensifying lately, that’s partly because conditions have changed. For decades Israel had nobody to talk to about a possible withdrawal. Now it faces a Palestinian leadership and a broader Arab world that claim they’re ready to trade land for peace. To outside observers, it looks like the ball is in Israel’s court. Add to that the spreading plague of terrorism and unrest, which the perpetrators themselves often attribute to their anger at Israel. It’s hardly surprising that third parties — many Europeans, some Americans — feel they’re paying a price for Israel’s foot-dragging.

Misplaced finger-pointing? Blaming the victim? The argument sounds sensible, but Israel’s been reciting it for 47 years and hasn’t convinced anyone. Keep trying and hope for different results? There’s a name for that.

Part of Israel’s problem is timing. When America took over New Mexico in 1846, imperialism — the rule of powerful nations over weaker populations — was the order of the day. No longer. World War I broke up the great European empires and established the principle of national self-determination, the right of peoples to independence in their ancestral homelands.

The Covenant of the League of Nations complicated matters by making it inadmissible (Article 10) to acquire territory by force, with no exception for defensive wars. After World War II, the United Nations Charter went a step further and dictated (Article 73) that when member-nations “have or assume responsibilities for the administration of territories” that aren’t independent, “the interests of the inhabitants of these territories are paramount.” That means the people living there when you got there, not the people you’d like to see living there.

Have these high-minded rules been observed? More often than you’d think. Cases since 1950 of nations seizing and claiming territory that isn’t within their sovereign boundaries have been extremely rare — perhaps a dozen in all. Most have involved nations taking over ethnically compatible regions from European colonial powers: India grabbing Goa from Portugal, Indonesia seizing Papua from the Netherlands, Morocco taking over Spanish Western Sahara.

Finally, to answer my correspondent’s first point: I didn’t — and don’t — object to the idea of East Jerusalem being part of Israel. I pray for that day to come. I do object to Israel picking fights it can’t win, bungling its diplomacy, increasing its isolation and endangering its citizens.

A Double Standard That Works in Israel’s Favor