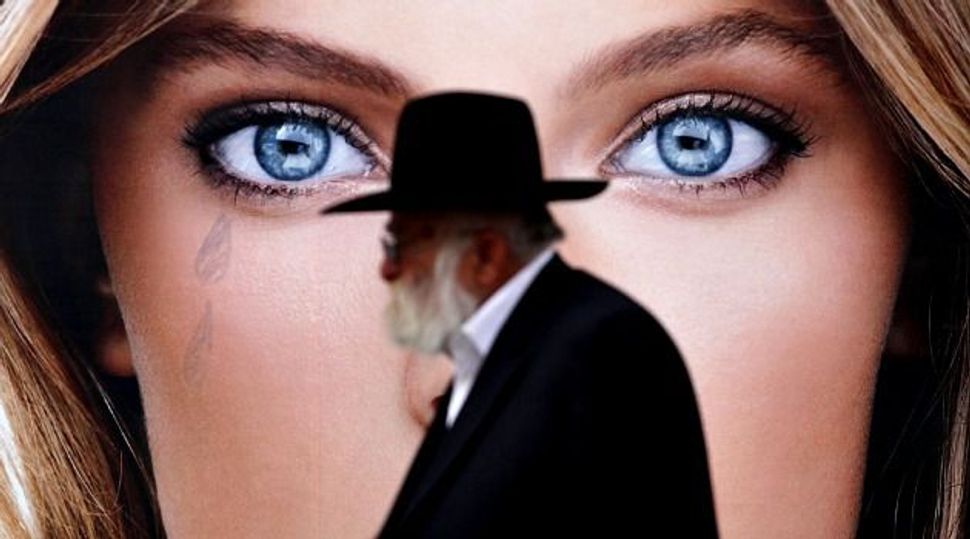 When studying Talmud, it’s easy to be desensitized to the real-life implications of even the most sensitive issues — rape, for example.

So, as we at Yeshivat Har Etzion study the third chapter of the Talmudic tractate Ketubot, a chapter devoted to the crimes of rape and seduction, it’s easy to forget (especially when using the Hebrew terms) that “ones u-mefateh” are not just legal categories, but traumatic events that affect real people.

To combat that, my yeshiva arranged two presentations this week to ensure that I and the other students fully grasp what’s at stake in discussions of rape and sexual assault.

The first, as our teacher Rabbi Shmuel Shimoni noted, was meant to highlight the human dimensions, and therefore avoided both Jewish legal and secular legal issues. The yeshiva invited Yonina Fallenberg, Director of the Rape Crisis Center for Religious Women in Tel Aviv, to speak at this presentation. She was moved by the invitation, noting that she normally speaks to communities who have been shocked by sexual abuse. To speak to our group without any such prompting highlighted for her (and for us) that the yeshiva understood that “the greatest Torah is that which is connected to reality.”

What’s more, Fallenberg said, the best way to prevent abuse is to talk about it — so simply by having the event we were not just understanding the problem, but potentially helping to solve it.

Since we’d been spending months discussing the Torah’s punishment for rapists (which Jews cannot implement nowadays), it was important for us to be reminded that our first responsibility is to improve society so that rape is prevented — something we can at least all try to do. To drive this point home, Fallenberg related stories and statistics to ensure we all understood how common and painful these attacks are; she wanted us to know what we’re up against.

While reading the Talmud, a student might be forgiven for thinking that men raping women is the only abuse that exists. But Fallenberg reminded us that both men and women abuse and are abused. Though the less frequent forms of abuse may not fit the formal Jewish legal category of “ones” (rape), it’s critical to internalize that the issues that arise in the Talmud are not exhaustive of those problems that arise in real life.

Of course, Torah can also enlighten us about the complexity of reality. Fallenberg was amazed when Rabbi Shimoni showed her a passage in the Talmud Yerushalmi (Sotah 4:4) that captures the horror of rape. In the passage, a rape victim is asked whether, despite the trauma, she enjoyed the intercourse (which may have legal implications). Her response: I enjoyed it the way you would if someone stuck his finger covered in honey into your mouth on Yom Kippur! The Talmud’s message here is that enjoyment is psychological; the violation of rape transforms what might normally be a pleasurable act into torture.

There’s another aspect to consider when trying to ground Torah in reality, and that is understanding how modern value judgments relate to those of the Torah. The Talmud seems to relate to rape as just an extreme case of assault. Yet modern society treats it as a crime unto itself. What do we do with that?

Rabbi Mosheh Lichtenstein spent an hour and a half with us — until 12:30 am! — exploring different models of how to deal with this tension. You can deny it, claiming that some Talmudic categories (like being forced to pay for humiliation you’ve inflicted) are malleable enough that they will in fact successfully punish the rapist for the severity of his crime. Or you can insist that there is indeed a gap that must be remedied, and we should, and one day will, establish punishments that come closer to exacting justice, an approach adopted by Rabbi Aharon Lichtenstein in a lecture many years ago.

Rabbi Mosheh Lichtenstein noted that to justify this latter approach, you may have to claim that in some cases the Torah was establishing a law that was proper for its time, knowing that as society developed Torah itself would evolve, a position he said was dangerous to apply broadly but was sometimes necessary. He suggested that the increased horror of rape likely stemmed from changing perceptions of the nature of sexuality — from a description of how people act to a core part of their identities, a notion found less in Torah than in modern thought.

Taken together, these late-night lectures reminded us, the students at Yeshivat Har Etzion, that Torah must not remain in the abstract. Yeshivas must encourage students to connect our ancient Jewish texts to what’s actually going on around us. We must be able to understand how Torah relates to real life — even, or perhaps especially, when it comes to painful issues like rape and sexual assault. If we don’t, how will the Torah truly be Torat chayim, a Torah of life?

Rabbi Jonathan Ziring is a member of the Kollel Gavoah at Yeshivat Har Etzion where he studies and teaches. He has ordination from RIETS, an MA from Bernard Revel Graduate School and a BA from Yeshiva College.