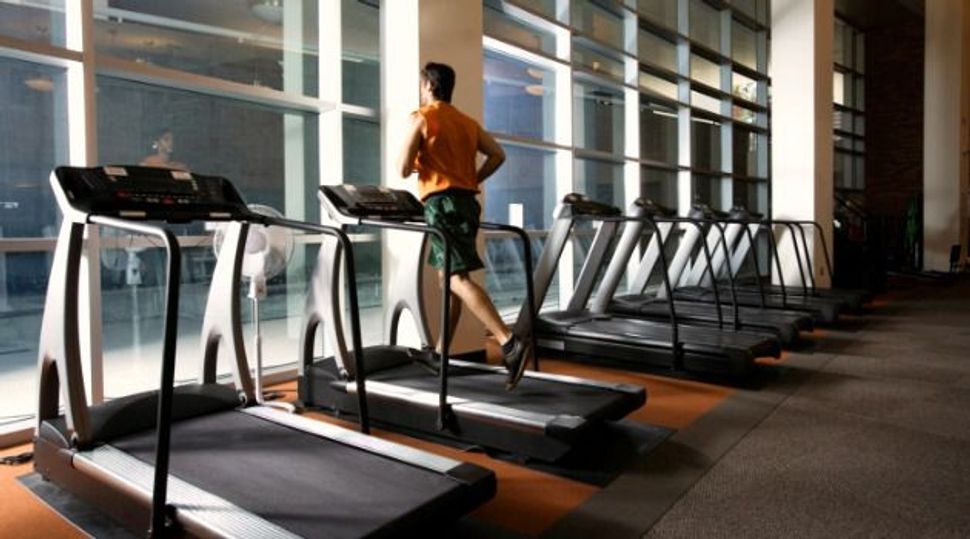 Score one for the settlers.

In the ongoing battle between the most extreme West Bank settlement and the Israeli Defense Forces, the settlers of Yizhar have now announced a modest, if bizarre win.

Following the threat of legal action, the IDF has agreed to move treadmills it had set up in Yizhar’s religious study hall to the dining room.

The military turned the yeshiva into an army base and surrounded it with barbed wire. But apparently the people of Yizhar were keeping a close eye on the comings and goings at the site. In September, a group of settlers entered the compound and videotaped the study hall, where the IDF had set up exercise equipment.

The situation reached a fever pitch around the High Holidays when Adi Kedar, an attorney with Honenu, a Zionist legal organization that defends settlers, sent a letter to the IDF:

In a normal situation, at this time of year the beit midrash is filled with students busy learning Torah, saying selichot prayers and prayers for the High Holidays. It should not be that IDF forces staying at the site desecrate the beit midrash and that in place of the sanctity that had prevailed they are exercising on the site.

In late October, Honenu announced that the IDF bowed to pressure and moved its exercise equipment from the site.

Yizhar’s Ode Yosef Chai yeshiva is run by Rabbi Yitzchak Ginsburgh, a radical American-Israeli rabbi known for his inflammatory public statements that Jewish blood is more valuable than non-Jewish blood, and for his praise of Baruch Goldstein, who killed 29 Palestinians in the Cave of the Patriarchs massacre.

Israeli security officials believe that Ginsburgh’s students and followers are behind recent “price tag” attacks against Palestinians in the West Bank and inside of Israel.

Ode Yosef Chai was state-funded until 2011, when the Ministry of Education stopped financing the yeshiva at the request of Israel’s security establishment.

In addition to illuminating the ongoing duel between Yizhar and the IDF, the treadmill incident might also say something about the secular/religious divide in the Holy Land, where one man’s worship hall is another man’s workout room.