My Sephardic Guilt on Kristallnacht 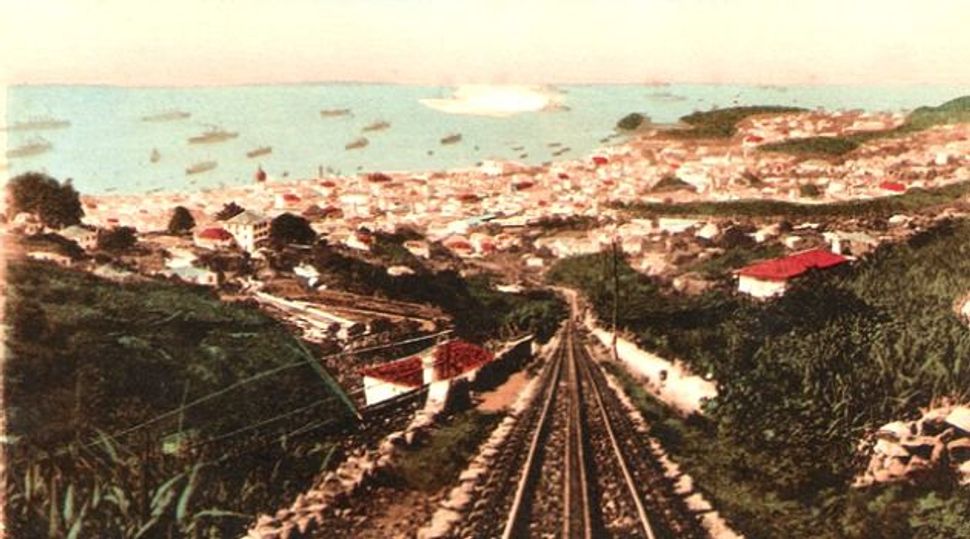 While other Jewish families suffered unimaginable brutality in the Holocaust, my family lived like royalty in the Portuguese paradise known for its wine, Madeira.

I know: I sound like an entitled, unsympathetic brat. And what I’m trying to say is, I feel guilty about this. I always have.

Every time a Holocaust remembrance day rolls around — like today, Kristallnacht — I feel guilty. Guilty that my family survived, that I can’t relate to the Holocaust on a personal level at all, that Holocaust history is the core of Jewish identity in modern America — and yet I have no part in it.

My family is from Gibraltar (like the straits you learned about in history class), a British territory on the tip of the Iberian Peninsula. In 1940, the civilian population of Gibraltar was evacuated because it was being used as a base for the British Royal Air Force’s, Military’s and Navy’s war efforts. The evacuation moved the entire peninsula’s population well out of harm’s way — and well out of the Holocaust’s scope — to Madeira, where my family went, and Jamaica, another tropical paradise.

My point in highlighting this history is not to brag — just the opposite. I thank God that my family wasn’t subjected to Hitler’s evils, but I feel like the fact that we were so far removed from the horrors carried out by Nazi Germany somehow isolates me from the modern Jewish community and makes my identity less, well, Jewish.

But then there were other Holocaust education forums that made me feel like an alien. When I was even younger, before the administration deemed us old enough to hear survivors’ testimonies firsthand, we had a different sort of Holocaust education. During these sessions, our teachers told us facts: there were evil people, the Nazis, who wanted to kill all of the Jews, and they killed six million. Then, we were each invited to tell our family’s story. It was pretty smart, in a way. It was a way to encourage every kid to ask their parents and grandparents about their personal connections to the Holocaust. But I couldn’t help feeling left out.

That’s not to say that Sephardis cannot relate to monstrosities and other hardships. First of all, there were some Sephardic communities, like the one in Greece, that did experience the Holocaust directly. Going back farther, of course, there was the Spanish Inquisition in 1492. There has also been more modern suffering among Sephardis in Arab lands. These are little-known facts that haven’t even permeated mainstream Jewish knowledge or education. Whereas the Holocaust has become intertwined with modern Jewish identity, other major massacres and traumas in recent Jewish history have not.

With the Ashkenazi narrative enshrined as the universal Jewish narrative, where does that leave me, leave us, the Sephardis who did not experience Hitler’s evil?

To me, the Holocaust is an important rallying point for Jewish identity. It’s crucial for understanding the state of modern universal Jewry. But it cannot be the fulcrum of who we are. Trying to make it so reinforces the idea of “Ashkenormativity”, putting the Ashkenazi narrative at the center of Jewish identity. It makes those of us who don’t have a personal connection to it feel less Jewish, in the same way that making full-fledged support for Israel the yardstick for measuring Jewish identity alienates some.

Of course we will never forget. But who are we as a people? Who are we as Jews in the modern world — all of us, not just some of us?

Thinking about these cultural divides makes me that much more appreciative of how I was raised with an emphasis on sacred text. In my house, Jewish identity was based on the Torah and the Talmud. I recognize that is abnormal in the grand scale of American and international Jewry, but perhaps it could be a new rallying point for the Jewish people: a return to text, a return to the roots. We all might have our own interpretations of those texts, but whether we approach them religiously or in other creative ways, they are a heritage that binds all Jews.

My Sephardic Guilt on Kristallnacht