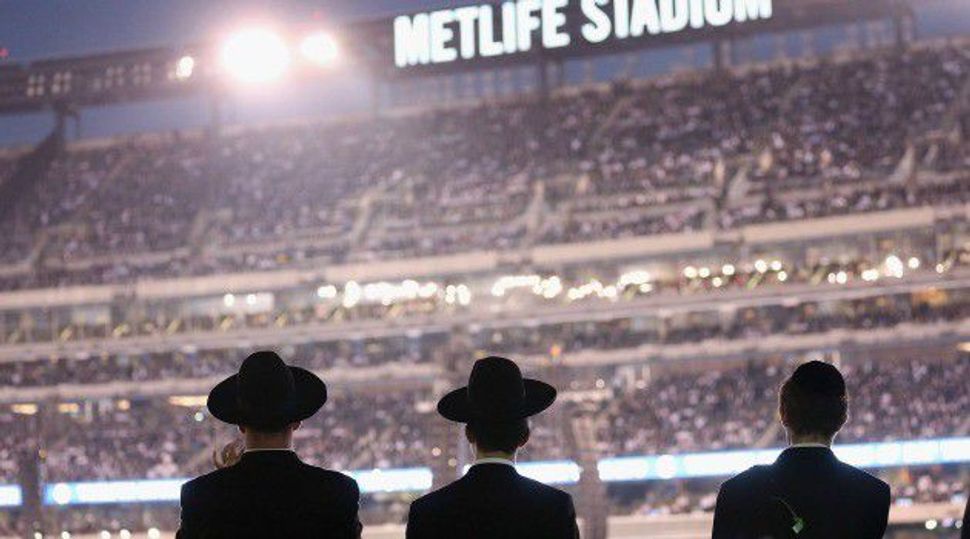 Virtually every Jewish institution is contending with a sharply diminishing base of people who give, join or even care.

Though the Orthodox are expanding numerically and growing in strength, the number of non-Orthodox Jews who are actively engaged Jews – no matter how engagement is defined – is shrinking rapidly. As we compare non-Orthodox Jews between ages 50 and 69 with Jews of the next-younger generation (between 30 and 49), we find about half as many of the younger cohort who donate to any Jewish causes, belong to synagogues or join Jewish organizations. In addition, only half as many of the younger group feel very attached to Israel, agree that being Jewish is very important to them or have mostly Jewish close friends.

Two separate processes are driving these declines. First, there simply are far fewer 30- to 49-year-old non-Orthodox Jews than 50- to 69-year-olds (about 1.2 million vs. 1.8 million) because of low birthrates in recent decades. The current fertility rate of non-Orthodox Jews – about 1.7 – has now dropped considerably below replacement level.

Second, compounding this population decline, high rates of intermarriage – now running at about 80 percent among those raised Reform – have resulted in disengagement from Jewish life on the part of most adult children of intermarried parents. In short, in the younger age cohort (30-49), there are both fewer Jews and, among them, lower rates of participation in Jewish life.

Unless these patterns are reversed or at least ameliorated, they portend rough sailing for federations and other Jewish organizations in the years to come.

Though federations have done an admirable job of growing their endowments and persuading affluent donors to increase the size of their annual gifts, the federation world already has experienced a precipitous drop in their total number of givers. Since the year 2000 alone, donors to federations have declined by nearly one-third.

Other Jewish organizations have seen similar losses in membership, as have many Reform and Conservative congregations, along with the number of students in non-Orthodox day schools.

If these patterns are to be reversed, the Jewish middle — Conservative and Reform Jews who are inmarried or intermarried but unambiguously attached to Jewish life — must be nurtured and expanded. It may be gratifying that almost all Jews feel proud to be Jewish, as Pew reported, but it does little for the vitality of Jewish communal endeavors if they fail to participate actively in some form of collective Jewish life.

How are we to counter these alarming trends? Research conducted in recent decades demonstrates that effective Jewish engagement endeavors share three critical features: 1, they expand Jewish social networks, linking Jews to one another; 2, they incorporate Jewish content, so as to demonstrate why rich Jewish engagement is so meaningful; and 3, they bring together peers at the same life stage to address common challenges.

To address the weak Jewish connections among younger Jews, our ideal communal agenda calls for investing massively in immersive forms of Jewish education for youth. Critical are day schools, summer camps (both day camps and overnight) with Jewish content, teen trips to Israel, youth movement activities, Hillels and other campus endeavors, Birthright trips and Masa (longer-term trips to Israel), as well as a variety of programs to involve Jews in their 20s and 30s in ongoing rather than merely episodic Jewish living.

The overall goal is to ensure that young people participate in multiple Jewish venues so that synergies can develop among them. For this to happen, parents must be enlisted as partners in socializing their children into Jewish life.

Notwithstanding the years of demographic losses, several movements each continue to reach hundreds of thousands of non-Orthodox Jews. In numerically descending order, we are thinking of Jewish community centers, the Reform movement, the Conservative movement and, yes, federations. Any reckoning with the shrinking Jewish middle must resolve to rebuild these legacy movements on a massive scale, even as it nurtures new modes of innovation and repairs relationships with the ever-growing Orthodox world.