Why We Chose Rabbi Barry Freundel for the Forward 50 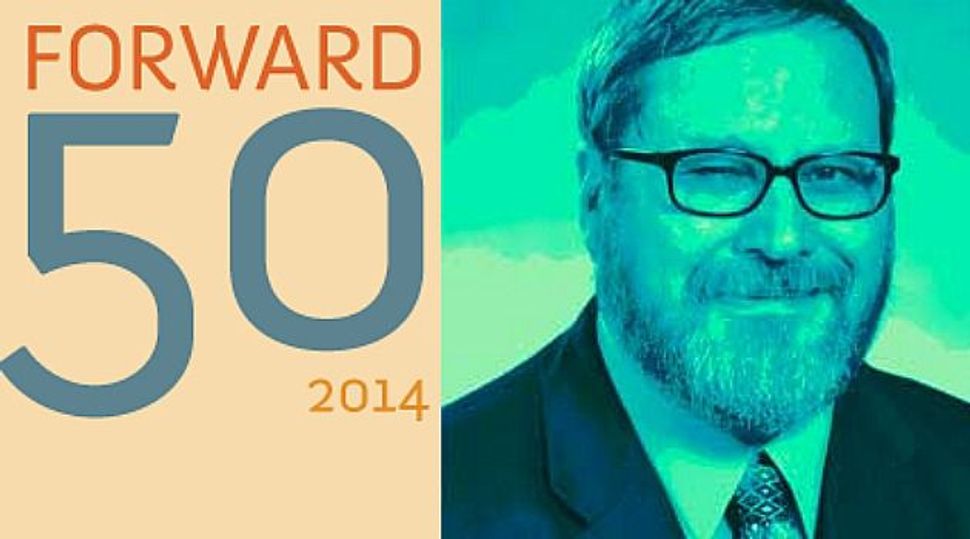 So why is Rabbi Barry Freundel, who made national headlines when he was arrested on charges of secretly taping naked women in his synagogue’s ritual bath, included in this year’s Forward 50?

Friends wanted to know. Readers commented on Facebook. Some were simply curious; others posed the question as a challenge.

Does he really belong? Well, yes.

I appreciate the question; it’s a fair one. The Forward 50, a project which began under the auspices of Seth Lipsky, the English Forward’s founding editor, bills itself as a list of the 50 American Jews who have most impacted our national Jewish story in the last year. Most of the people are included for their positive contribution — a brilliant television show, an incisive novel, a creative nonprofit enterprise, a courageous political stand, a new restaurant, a new museum, a scientific breakthrough.

Honestly, as time-consuming as this project is every year, it is one of my favorite tasks at the Forward. It allows us to look for the good in our fellow Jews, an essential antidote to the ceaseless pressure of the news cycle, where missteps and misdeeds often attract the most attention. We work hard to probe beyond the obvious, to broaden our geographic and ideological reach. The accolades are often given to those with whom I may personally disagree, but no matter. Impact is our driving criteria.

Which is why Freundel deserves his place on this year’s list.

The charges leveled against him are upsetting in the extreme. But that’s not all his story represents. His arrest punctured a cone of silence about conversions in his Orthodox community and beyond. Women began to speak out about the abuse they have experienced during what should be a welcoming process. The sanctity of the mikveh was discussed. The very fact that “mikveh” became a household word is news itself!

His story has prompted tremendous soul-searching and the prospect of some real institutional change. The Rabbinical Council of America announced a new committee to review its conversion process that includes several women, a move so radical in the context of Orthodox Jewry that a prominent rabbi resigned another assignment in protest.

This fulfills my definition of impact.

Perhaps we should have said all this in the profile of Freundel, but we were bound by the constraints of space. (Fifty profiles is a lot of type in our print edition!) So I welcome the opportunity here to explain our reasoning. More importantly, I hope the Freundel story, for all the pain it has caused, will lead to serious reforms within Orthodox Judaism and beyond.

Why We Chose Rabbi Barry Freundel for the Forward 50