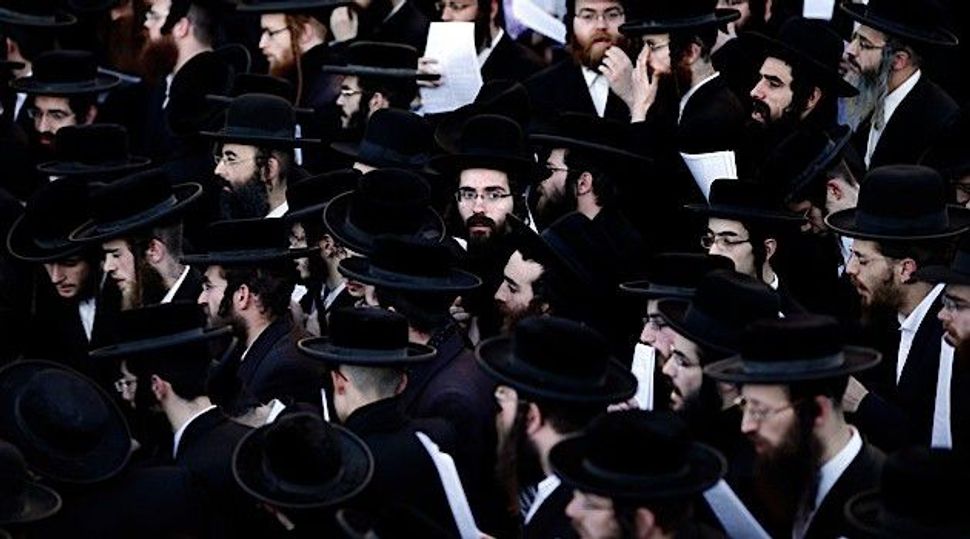 At a recent talk I gave on my new book, “The Pious Ones: The World of Hasidim and Their Battles With America,” a friend in the audience came away with some rather sharp comments, agreeing with some of the points I made, but finally dismissing Hasidim with the words “They’re a cult.”

Although the book has a half-dozen chapters on the controversies, or the “battles,” in which Hasidim have been embroiled — instances of sex abuse of young men by teachers; violations of zoning laws by Hasidic sects seeking to build bigger houses for their teeming families; modesty squads that bully clothing merchants and housewives into following a rigid interpretation of demure dress; publicly financed buses on which men and women sit in separate sections — I never addressed the question of whether Hasidism was a cult.

My book tried to treat Hasidim and their version of Judaism in a respectful fashion, portraying their daily lives and practices and explaining their 300-year-old history and philosophy. The book was an effort to introduce Hasidim to people who may have only a glancing familiarity with them, but who I felt need to know them better because they have become a more important and politically powerful force in Jewish life. To put it simply, I treated Hasidism as another flavor of Jewish thought, like Reform or Reconstructionism, but not a cult as that word is pejoratively applied.

The definition of “cult” is itself open to argument. One person’s cult is another’s religion. But generally the term cult as used today denotes a religious group with a deviant set of beliefs whose magnetic leaders engage in physically and mentally coercive control and abuse their positions by exploiting followers for sex and personal enrichment.

As I pondered my friend’s viewpoint afterward, I agreed that he could have made a number of arguments to show that the Hasidim are a cult. They have followed charismatic leaders, their rebbes or grand rabbis, men like Joel Teitelbaum (the late founding leader of Satmar), the late Menachem Mendel Schneerson of Lubavitch or the late Naftali Halberstam of Bobov. Such leaders often achieved their status not by spiritual or intellectual excellence or a democratic community vote, but by dynastic lineage. Many Hasidim will not marry, seek an occupation or even choose a surgeon without consulting their rebbe. It is easy, then, to make comparisons to charismatic leaders associated with cults — like Jim Jones of the Peoples Temple, or the Rev. Sun Myung Moon, who famously married off hundreds of followers in a ceremony at Madison Square Garden.

And arguments for cultlike brainwashing can be made, too. In their effort to focus their young men on Talmud study and keep them away from secular distractions, Hasidic yeshivas usually stop teaching secular subjects like history, science and literature after the eighth grade. The approach keeps Hasidim tethered to jobs in the Hasidic community — like that of yeshiva teacher or kosher slaughterer — and makes it difficult to work outside it. To many, keeping members intellectually shackled to the community qualifies as cultlike.

I could go on, but there are big differences that I feel make it difficult to brand Hasidim as a cult in the way that term has been popularly used in recent decades. Rebbes have not been known to take advantage of their followers to amass personal riches or a sexual harem, as many cult leaders did in the 1960s and ’70s. Yes, there have been many Hasidic individuals who have been accused of sexual abuse, but these were mostly cases of ordinary sect members, and they drew attention because of the blatant hypocrisy of someone posing as a “pious one” — the literal definition of a Hasid — while committing such acts. There is also no statistical evidence that such abuse is any more rife among Hasidim than among other Jews, Christians or Muslims. True, the Hasidim tried for decades to handle such matters clandestinely within their community, edging out prosecutors and other law enforcement officials who might have wanted to put the abusers in jail, but Hasidim try to keep all their legal and ritual dealings within the community, with each sect maintaining a court, beit din, for divorce and business disputes.

Most important, Hasidim per se are not a deviant religious movement. They practice the same Judaism that Orthodox and other devout Jews have practiced for hundreds of years — observing the same holidays and rituals and adopting the same core beliefs, albeit with their own distinctive twists. They may observe their faith with more intensity and in a more all-encompassing manner.

On Yom Kippur, for example, some frail Hasidim in Brooklyn’s Boro Park or Williamsburg will choose to give themselves nourishment through an IV drip rather than violate the prohibition against eating — even if esteemed rabbis have said they should not fast at all. But Hasidim circumcise their male infants, avoid hametz at Passover and say the Shmoneh Esrei three times daily, just like most observant Jews do. Their affinity for antique clothing styles and for side locks, and their 19th-century standards of modesty, strike some as primitive, but the essentials of how they practice their religion are still characteristically Jewish.

Their consuming study of Talmud does not qualify as ideological indoctrination, and the pressures to conform to this supposedly outmoded way of life do not quite amount to psychological intimidation. True, it is not easy to leave a Hasidic sect; enormous lifestyle changes are required. Children of a marriage broken by defection have to navigate Hasidic and secular households and often choose the Hasidic one as the more familiar path. And most Hasidim are not educationally equipped to thrive professionally in the world outside the Hasidic walls. But there is no abundant record of beatings or hostage taking of those who choose to leave.

Hasidism has been around for 300 years. There are not many cults that can say that.

Joseph Berger is a reporter at The New York Times and the author of “The Pious Ones: The World of Hasidim and Their Battles With America” (Harper Perennial, 2014).