Why Should Women Pray to a Male God? 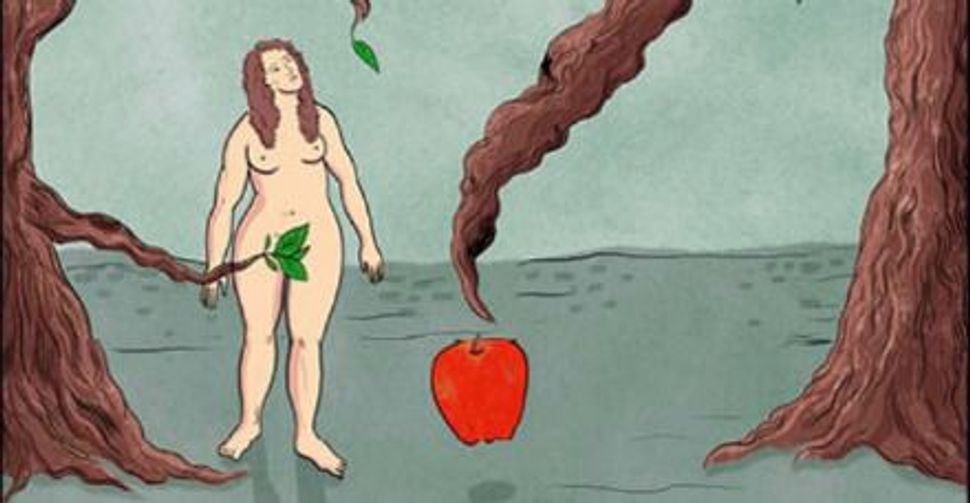 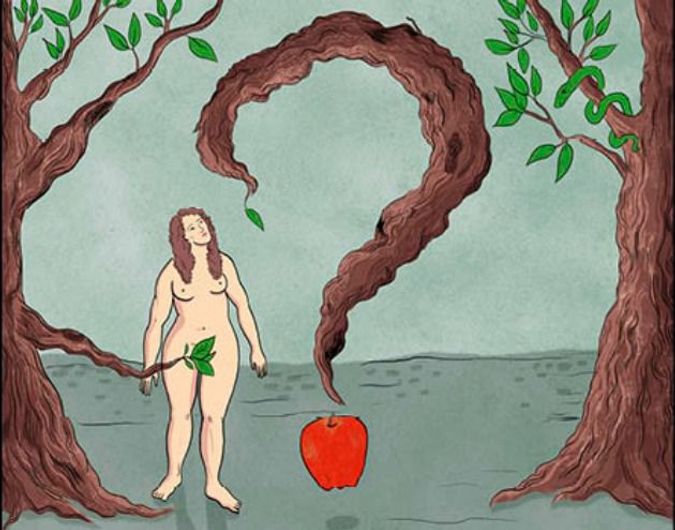 Even if one doesn’t believe that God actually told Eve that Adam is in charge, it is impossible to deny that men have long been on top in Judaism and everywhere else. And then there is the fact that our tradition presents God as male. Now for a strange twist: Just at the time when we are starting to undo male domination, non-Orthodox Jewish women are getting more into God than ever.

SCOTT: I don’t see that feminism should have somehow turned women away from God. In America, feminism and Western liberal values have brought women many more public opportunities to engage God.

That’s true. But still, I can’t shake the idea that there is something about women embracing a being/system/concept that has served as the key justification for the patriarchy for a long, long time. I appreciate the gains previous Jewish feminists made so women can have equal access to our tradition. Nevertheless, it remains a little mysterious to me as to why so many of us feel at home in Judaism.

Erasing an old image doesn’t eradicate a spiritual need. That God has been used to prop up patriarchal authority doesn’t somehow take away the yearning for God. You point out correctly that the connection between God and men’s domination has been there since the beginning. But it is worth noting Adam’s dominion over Eve is a punishment: it’s what it means to be expelled from the garden. The ideal is what existed prior to that broken state: equality.

Yes. Women, even us independent feminist types, still have a spiritual need. But can God and our tradition of God really be separated? You suggest that there is a distinction between an “old image” and a “spiritual need.” But that old image is what speaks to my spiritual need.

Yes, I think that God and our tradition of God can be separated. If God has no existence outside of what we say about God, then I can’t see how belief is more than a psychological crutch — an assertion I reject. I’m not proposing abandoning the tradition I love; every one of us is reaching back into the past and moving forward toward the future at the same time.

It’s an interesting idea that God is distinct from our tradition of God. On one hand it sounds right, but on the other hand I wonder how elastic our concept of God can really be before it dissolves into nothing. Anyway, our tradition of God — the sounds we utter and gestures we make — is so intimately bound up with my experience of God, that I can’t separate the two. Yes, tradition can and should evolve. Still, perhaps because feminism is relatively new, there remains a chasm between my belief in God and my modern ideas about gender.

This is a quicker way to say this, and it’s something I have never articulated before, even to myself: I can’t shake the idea that God is somehow a masculine presence — and I can’t say it really bothers me.

So why retain the image of God as a man?

Great question! I don’t know. It’s just that the irrational place that my belief in God comes from has an irrational connection to the masculine God I was raised with.

Then what you’re talking about is the search for spiritual authenticity. You feel most comfortable in the groove that is the most deeply worn and the most clearly marked. And in that model, God is definitely “Him.”

I feel the inexorable pull of that way of thinking. It’s so full of ideas and texts and rituals that back up its story. And the newer ideas, the ones incorporating different images of gender and gender roles, well, they feel thinner. They haven’t had centuries to bulk up yet.

But here’s the problem: Are you willing to accept a spiritual world in which you are divided from the essence of a masculine God because you are female? In that world, it’s real easy to see women as less than.

My fundamental working concept is that God is not like us human beings. Therefore to stuff God into a particular gender privileges roughly half the sky in a way I don’t quite understand. The world is bigger than human concerns, which means that God is too. To restrict God to being masculine means that our souls can’t soar above the particularities of our rather small existences.

I want to think that. I believe that is the right way to think. Maybe one day I will think that. But for now, I’d be lying if I said there isn’t something masculine about my vague, often doubted, concept of God. And perhaps this is a byproduct of said doubt. If I had more faith, I might feel more ownership over my definition of God. Really, it takes a lot of confidence in one’s faith to move beyond tradition.

The other piece of it is that there are people who live beyond the conviction that there are only two genders, fundamentally different from one another. Certainly this describes anyone who is not cis-gendered, but also you and I and any female breadwinner or male co-parent. And for those people, identifying God as a man means that Judaism has a past, but no future. How could a classically gendered God be relevant to people who don’t live classically gendered lives?

I agree with you that it is a tired way of looking at God and that in the 21st century we should find ways to move past it. Still, as Elissa, I’d be dishonest if I said that I am not attached to our tradition’s metaphor for God.

So don’t abandon the tradition. God has classically (cis) male and classically female attributes in Judaism: “Hashem” is generally male and “Shekhinah” is traditionally female. This is not to mention non-gendered expressions: “Elokim” is plural, expressing non-gendered judgment and accountability.

But at the end of the day the masculine presence is always on top, and our “Father” is the one we pray to.

Another issue I have with seeing God as beyond gender is the fact that women have gotten the short end of the stick for so, so long. Okay, maybe God isn’t a man or a woman, but it sure seems like any God that has had any control over our destiny as humans sure has issues with women.

It’s fair to call out the fig leaf of God’s multi-gendered history when the Torah is so explicitly patriarchal. But if the measure of our regard for women has moved, while the dial on our understanding of God stays on the same setting, that places God in the worst possible position for the “Godish”: irrelevant.

Sure, but we can’t move that setting before we really figure out what to do with our past. It’s easy to forget how new the idea of gender equality is for humankind, really a blip in our history. It is because I take feminism so seriously, that I am resistant to moving too quickly into the world of a God that is beyond gender. Such an enormous transition won’t be easy, and really it shouldn’t be, in order to truly absorb the complex relationship between tradition and faith.

Why Should Women Pray to a Male God?