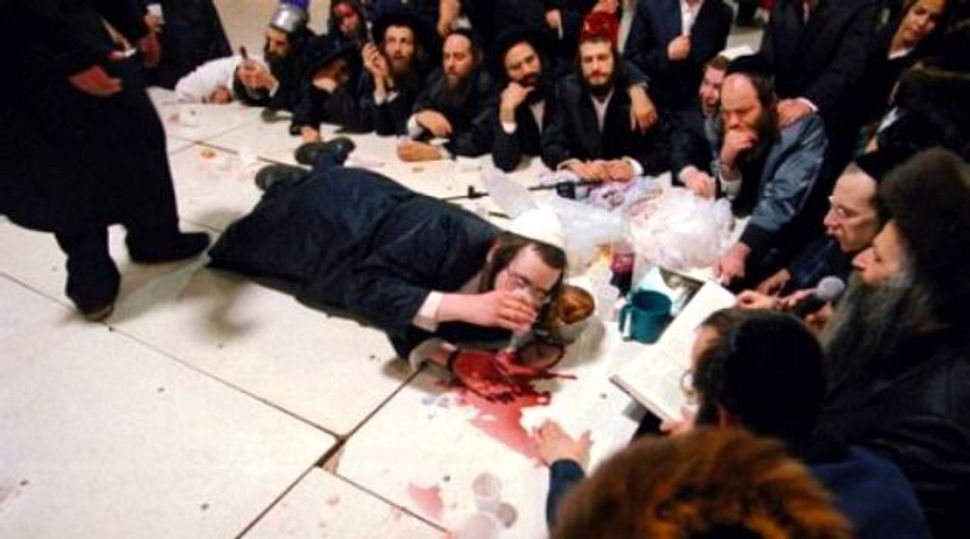 Judge Richard Posner inappropriately opined on Jewish law in a 7th Circuit Court of Appeals ruling last week, which held that Northwestern University was justified in disaffiliating with Rabbi Dov Hillel Klein, a Chabad campus rabbi accused by the University of serving alcohol to minors. The rabbi maintains that Northwestern violated his constitutional rights, denied him due process, and discriminated against the Jewish faith, since he was serving moderate amounts of alcohol for religious purposes. Illinois state law permits serving alcohol to minors “in the performance of a religious ceremony or service.”

The court ultimately concludes that Northwestern did not violate a federal ban on race discrimination by excluding the rabbi, claiming that even if the rabbi proved he was discriminated against, the relevant statute only forbids discrimination “on the ground of race, color, or national origin,” not religious observance.

But in a deeply troubling part of his decision, Judge Posner tries to sound more like a theologian than a civil judge, citing self-selected articles found through “Google” and “Wikipedia,” which claim that, according to Jewish law, “drinking an alcoholic beverage is not mandatory; one is allowed to be drunk simply on ‘happiness.’”

However, the specific legal question in the case had nothing to do with whether the serving of alcohol to minors complied with state law (this wasn’t a prosecution of the rabbi or civil enforcement by the government) or Jewish law’s views on drinking. The divergence from the issue before the court to particular interpretations of Jewish law is alarming. Judges are usually prohibited from veering into religious questions, because civil judges may not be competent in religious matters, and the Establishment Clause forbids them from “privileging one religious interpretation over another.”

Posner even questions “whether it is considered proper under Jewish law” to permit “minors to drink hard liquor on Purim or other Jewish holidays,” despite admitting that “some adherents of Chabad Lubavitch” believe Jewish law requires one “drink, and drink to excess, on Purim (and possibly on other holidays as well).”

If some adherents believe Jewish law requires it, then Posner should not opine on whether drinking is religiously required. It sure sounds like he is “privileging one religious interpretation over another” (even if his ruling is not based on that determination). So long as an interpretation of Jewish law provides a basis for religious drinking, the matter should be beyond the purview of courts.

The court’s decision vaguely references a single incident of excessive drinking over a decade earlier, and serving of alcohol at a 2005 bar mitzvah ceremony, but this paucity of evidence didn’t stop Posner from using grossly exaggerated claims that the rabbi had an “irresponsible attitude toward excessive underage drinking,” and the somewhat hysterical depiction of him “plying minors with hard liquor.”

Posner’s exaggerated and culturally insensitive characterization of sacramental consumption unfairly evokes images of binge drinking, pools of vomit and endangerment of minors, and does little to advance a meaningful conversation. It’s also inconsistent with then-current and former Northwestern students who described any drinking at the Chabad House, under the rabbi’s supervision, as mild and responsible.

In the end, it looks like Posner was out to interpret religious Jewish law to his liking — instead of focusing on constitutional standards that provide wide protection for all interpretations of religious laws — even those that society, or Posner, may find unacceptable.

In concurring with his ruling, Judge William J. Bauer said that “the result meets my legal and religious inclinations.” Puzzled by this extraneous reference to religion, law professor Will Baude asks, in the Washington Post, why “those religious inclinations — as distinct from his legal inclinations — ought to decide whether he joins an opinion in full.” (Bauer also chided Posner for veering “outside the record.”)

Civil courts should not determine what is considered acceptable under any religious law, particularly when a religious exception exists which permits underage drinking, and there are religious reasons for drinking — be it communion wine for Christians or Kiddush wine for Jews. As in any religion, doctrinal differences exist in Judaism, including on alcohol consumption. Those differences need to be interpreted by clergy, not secular courts.

Legal theorists might claim Posner’s diversion into interpreting religious doctrine is harmless, because he didn’t base his ruling on those interpretations. But they would be wrong. Injecting “religious inclinations” and interpretations into a court decision has no basis in law, sets a dangerous precedent, and can have troubling consequences. Will litigants have to take into consideration any such future “inclinations” to receive a fair ruling? What if there is a conflict of interest between a judge’s “religious” and “legal” inclination? Will other judges decide cases based on Posner’s analysis of Jewish law? This is a sliding scale to theocracy, and a fickle one at that — the very system the Establishment Clause was designed to safeguard us from.

Eliyahu Federman has written for Reuters, USA Today, Jerusalem Post and others on the intersection of religion and the First Amendment.