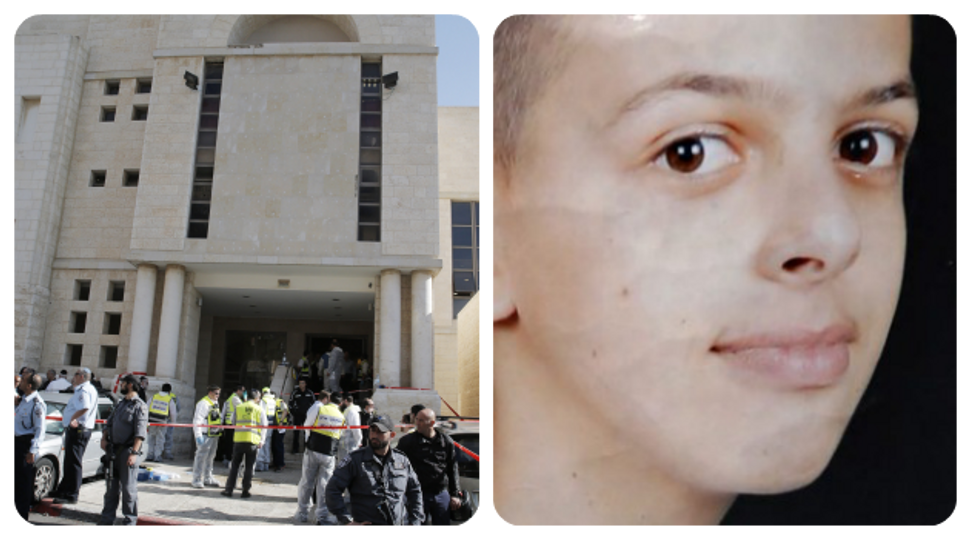 In the wake of the terrorist attack that claimed four lives in Jerusalem’s formerly peaceful Har Nof neighborhood, some are speculating that the bloodbath may have been meant as revenge for the murder of Palestinian teen Mohammed Abu Khdeir by Jewish extremists in July.

The father of Yosef Haim Ben-David, the main suspect in the Abu Khdeir murder, prays in the same complex of synagogues where today’s attack happened, Maariv reports (Hebrew). The report suggests that the killers may have been aiming for Ben-David’s father, or the closest they could get to the inner circle of the Jewish extremist.

The location of the Ben-David home seems to have been well known. Footage of the area was broadcast on Channel 10’s “Hamakor,” in the context of a program focusing on the Abu Khdeir murder, just last week. On social media, some are now pointing fingers at that program’s Raviv Drucker, blaming him for divulging the location and leading the killers to Har Nof.

Drucker has responded, saying that the synagogue where the attack took place was hundreds of meters away. He also wrote a blog post last week about his decision to run the story about the murder at such a tense time, despite receiving many requests not to broadcast it.

The Kehilat Bnei Torah synagogue is just 200 yards from the Ben-David home, according to the Telegraph.

Following the Abu Khdeir murder, the Haredi website Kikar Hashabbat also ran a profile on Ben-David, mentioning that his father serves as the head of the Kollel in Har Nof, as well as a rabbi in the Katamonim neighborhood.

The theory that today’s attack was meant as revenge for the Abu Khdeir murder is still just speculation. But, if true, it might go some ways toward explaining why the killers chose to perpetrate this attack specifically in a synagogue, and in this normally-calm neighborhood in particular.

Shortly after putting forward this theory, Maariv redacted its article, removing any mention of the Channel 10 broadcast and other details, and citing a gag order.