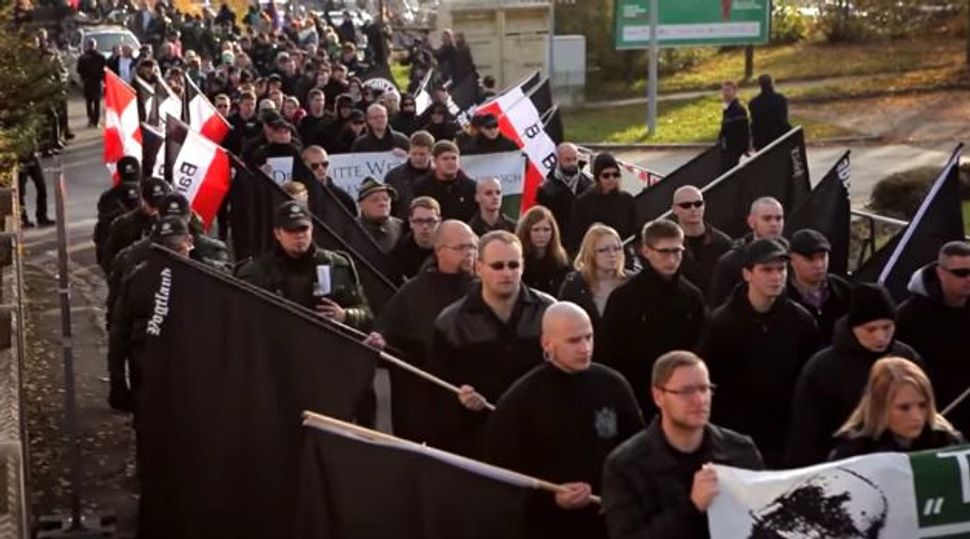 Every year, residents of the small German town of Wunsiedel are forced to deal with thousands of neo-Nazi activists marching in their streets.

Rudolf Hess, who was Hitler’s deputy, was buried in the Bavarian town in 1988. Since then, it has been a pilgrimage site for neo-Nazis.

Wunsiedel residents tried it all. They protested and complained. They pushed courts to rule against the marches.

In 2011, the town church even ordered the removal of Hess’s body from the local cemetery and it was cremated — but to no avail. Neo-Nazi pilgrims were still coming and marching through the streets.

This year, residents decided to take a different approach — one involving trickery.

They turned the Nov. 15 march into an “involuntary walkathon.” Without the marchers’ knowledge, for every meter walked, 10 euros (about $13) was donated to a program that helps people leave neo-Nazi groups.

Only when the neo-Nazis were already walking did they find out that local business and residents were sponsoring the Exit Deutschland program. The marchers were welcomed with signs thanking them for their contribution to the struggle against neo-Nazism — and mocking them for being duped.