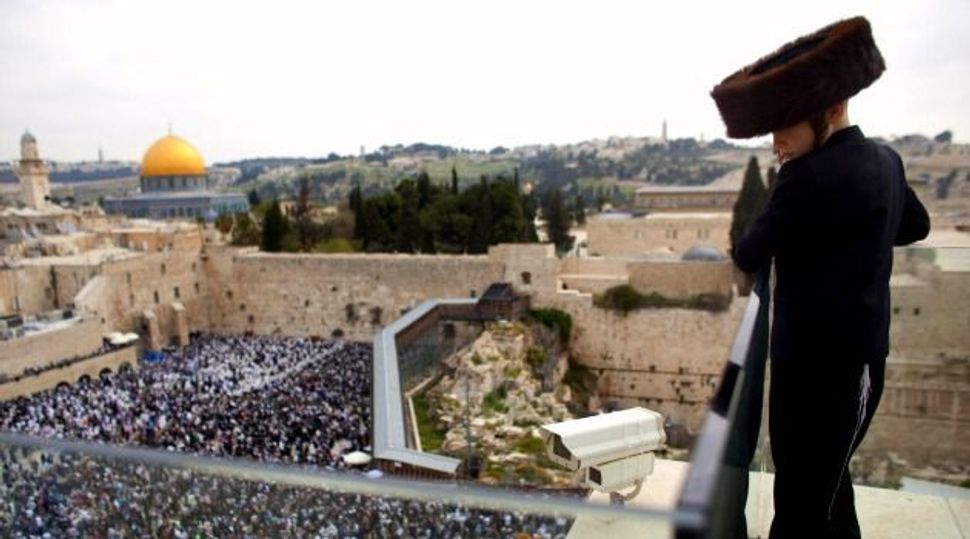 Members of the Israeli government have renewed a push to create a Basic Law enshrining Israel as “the nation-state of the Jewish people.” This time, the effort is being spearheaded by Prime Minister Netanyahu. Although his is meant to be a “softer” version of previous similar bills, it’s still highly problematic for a number of reasons.

Israel’s Basic Laws are meant to serve as the basis for an eventual constitution. In the years immediately after the establishment of the state, Israeli leaders could not agree on whether to write one up, much less what it should look like. In 1950, the Harari proposal was adopted. The Knesset would pass a series of “Basic Laws” as necessary, and each would be issued as a separate chapter, to be combined into a single constitutional document whenever the time came. In 1995, the Supreme Court gave the Basic Laws constitutional status — which means they’re higher than regular laws and are meant to guide the adoption of further laws and practices in the country.

The most obvious problem is that enshrining Israel as the nation-state of the Jewish people makes constitutional the second-class status of Arab citizens. Netanyahu’s bill does mention democracy and individual rights, but (unlike the Declaration of Independence) it does not refer to the equality of all Israel’s citizens. By tying Israel’s identity only to one people, it gives them constitutional privileges no other community can have access to.

The discrimination against Arab citizens is already well-documented; such a bill would further undermine their status. Constitutional protection would be afforded only to Jewish citizens, and lawmakers could legitimately claim that land appropriation and allocation, distribution of funds, and citizenship rights should be oriented only toward Jews. Of course this already takes place to a large degree, but efforts have been made to address these problems. Enshrining Israel as a place belonging only to Jews, meaning that non-Jews live there not by right but by circumstance only, would reverse these gains, and facilitate even more restrictions if Jewish leaders so desired.

A second, related, problem is that the bill and others like it weaken the commitment to democracy. By privileging Jewishness (itself a vague term) over democracy — the bill does not lay out the set of fundamental rights associated with democratic regimes — such a Basic Law would elevate Jewish ideas, practices and religious rules over the range of individual freedoms that come with democracy if the two were perceived to be in conflict with each other.

A third concern is that the Basic Law would institutionalize halacha as the inspiration or basis for Israeli law. Netanyahu’s bill has called only for Mishpat Ivri to be inserted into the Basic Law, rather than halacha itself. Mishpat Ivri refers to elements of Jewish religious law concerned not with religious aspects of public life but “civil” or other elements of modern jurisprudence, like property rights.

True, Mishpat Ivri has served as the foundation for some of contemporary Israeli law. But giving even this element of Jewish law constitutional protection reinforces Jewish rules and norms, and particularly Orthodox Jewish rules and norms, given the dominant role of Orthodox Jewish law in existing legal codes dealing with personal status and religious affairs. This, in turn, reinforces the two problems I identified above.

The fourth problem with the bill has to do with the borders of the state. By constitutionally defining the State of Israel as a Jewish state at a time when members of the government pushing the bill are trying to expand the state’s official borders, it’s possible that the “Land of Israel” might be brought into the discussion. Ultra-nationalists and religious nationalists expect the State of Israel to encompass the whole Land of Israel (i.e., the West Bank). Because no government has, since 1967, specifically defined Israel’s borders, a Basic Law that defines Israel as Jewish involves an implicit reference to these expanded borders, and gives constitutional force to efforts to annex these lands. It also complicates peacemaking, as Israeli negotiators might be constrained in what they can offer by the Basic Law.

These concerns might seem alarmist. If the Basic Law is enacted, will the government really start disenfranchising Arab citizens? Is Orthodox Jewish law going to suddenly be imposed? Will the government annex large tracts of land in the West Bank? Probably not. But that’s not the point of the criticism of the proposed Basic Law. Giving constitutional protection to these things — elevating one set of religious-based ideas and one ethno-national community over another one — lays the groundwork for a range of legal efforts to do so in the future, and makes it that much harder to oppose them.

Indeed, it’s hard to avoid the conclusion that the promotion of these bills is a result of circumstance — efforts to “protect” Israel’s Jewish character in light of Palestinian resistance to recognizing Israel as a Jewish state and the global “delegitimization” campaign against the state, or a result of narrow, ultra-nationalist ideology (Israeli politicians from the right regularly make these claims). Neither is it an appropriate basis to begin what should be a long, serious conversation about an Israeli constitution.

The need for such a Basic Law is debatable, but if it’s going to be pushed, then we need to discuss the complexities of religion and social relations in Israel — not to mention the impact on its relationships with those outside of Israel. If the mention of Israel’s Jewish character in the Declaration of Independence and two existing Basic Laws is not enough, the creation of a Basic Law about Israel’s Jewish nature could refer instead to Israel’s Jewish identity, rather than tying the state to a particular nation so that only one people have constitutional protection. It should also define in very narrow terms what is meant by “Jewish state.” Finally, it needs to specify the equal importance of a commitment to full democracy and equality, by setting out what this means in practice. This should include explicit protection for minority rights. An Arab citizen’s decision not to sing Hatikvah, for example, should not be cause for accusations of disloyalty.

Even better would be a serious effort to debate and write a full constitution, which might highlight the Jewish character of the state in the preamble or, if it ends up in the main text, written up alongside the full democratic commitments of the state.

None of these ideas are easy, either. But then, they shouldn’t be, given the momentous nature of the debate.