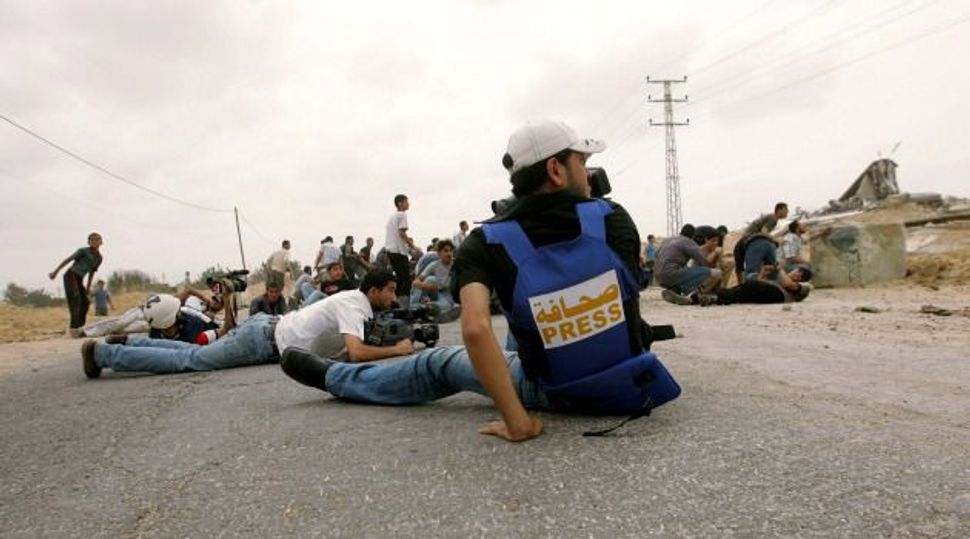 (JTA) — Whatever the circumstances surrounding Matti Friedman’s departure from The Associated Press in 2011, it’s safe to say he’s not returning anytime soon.

The former reporter and editor with the international wire service’s Jerusalem bureau made waves in August with a remarkably popular Tablet essay in which he argued that the Western media had a “hostile obsession with Jews.” In a second essay, published Sunday in The Atlantic, Friedman insisted that Western journalists depict the Jews of Israel “more than any other people on earth as examples of moral failure,” and accused AP staffers of a number of questionable journalistic practices.

While the first essay prompted a slew of raves and rebuttals, including a response from former AP Jerusalem Bureau Chief Steve Gutkin, the second was apparently too much for the media giant. The AP shot back at its former employee Monday with an online statement one day after his piece went live on The Atlantic’s website.

“Over the past three months, in one media forum after another, Matti Friedman … has eagerly offered himself as an authority on international coverage of Israel and the Palestinian territories, repeatedly referencing the AP. His arguments have been filled with distortions, half-truths and inaccuracies, both about the recent Gaza war and more distant events,” the statement began.

The AP went on to respond to several of Friedman’s specific points and concluded that it is “misleading and disingenuous [of Friedman] to selectively pick examples of our work to promote narrow viewpoints.”

Not surprisingly, Friedman is sticking to his guns. He took to Facebook to switch roles from seemingly even-keeled professional critic to something more like embittered former employee.

“The executives at the AP face a choice between behaving like journalists and behaving like a corporation; they‘ve chosen the latter,” he wrote Tuesday. “A reader able to get past the bombastic rhetoric and sweeping denials understands that the response doesn’t make the smallest dent in the factual basis of my argument or say anything of importance about my essay — but it certainly says a lot about the thinking of senior people in the ‘news industry.’”

As long as the AP and Friedman’s divorcee drama unfolds, Friedman’s work will likely garner even more attention. Depending on your perspective, he’s either a stone-slinging David defending Israel from the Goliath of unfair media coverage or a disgruntled former employee lashing out and looking for attention.

It will be interesting to see how much damage Friedman’s pebbles — or in this case his pen — can do.