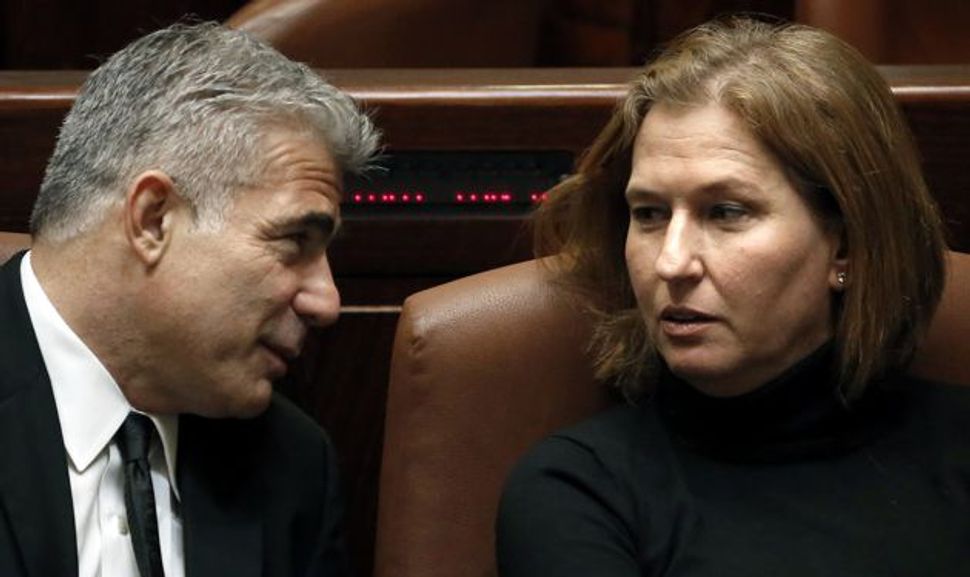 Election season: It’s just ended in America, just beginning in Israel. This seems the right moment to examine the striking parallels between the two countries’ political systems, and see if we can’t draw some useful lessons.

Conventional wisdom says they’re poles apart. Most obviously, Israel has a dozen parties touting every possible mix of positions on the issues: the economy, religious values, minority rights, civil liberties, security and the territories. The result is a parliament and cabinet divided into squabbling caucuses forever jockeying for position and blackmailing each other, ending all too often in paralysis.

In America, by contrast, we have two big parties, which contain countless factions divided every which way over the economy, religious values, minority rights, civil liberties, security and the environment. The result is two houses of Congress and an executive branch locked in constant jockeying and blackmail, ending all too often in paralysis.

The difference is immediately apparent.

For all the differences, the two allies share a similar pattern of dysfunction that sets them apart from other democracies. In both countries, the voters have one primary concern, jobs and the cost of living, that the politicians haven’t a clue how to solve. The politicians are busy elsewhere. Pressed by their base, they mostly fight over emotional issues like identity and religion. The public gets the occasional bone. Promises become a cruel joke.

And in each country there’s a third issue hanging over the society, threatening its very future, that doesn’t get fixed. That’s because the public — despite urgent, near-unanimous warnings from experts and professionals — doesn’t really believe it matters. In Israel it’s the territories. In America, the climate.

It’s a complex, almost Shakespearean plotline that the rest of the literate world watches in fascination and horror. They’re riveted because the existential problems of Israel and America have spillover effects elsewhere. It’s a small, interconnected world.

Israel and America sit together near the bottom of the list of industrialized nations — the 34-member OECD, or Organization of Economic Cooperation and Development — when ranked according to economic inequality. That is, if you rank countries by where the most money is concentrated in the fewest hands, only Chile, Turkey and Mexico are more unequal.

It wasn’t always thus. Inequality in both countries has soared over the past three decades, as politicians on all sides busily deregulated business and lowered taxes. They’ve talked about jobs and growth and the concerns of the vast middle class, but the real political passions — especially among mobilized activists — haven’t been directed toward the majority. They’ve been concentrated on social values, minority identity, personal behavior. On scolding the majority for bad attitudes. Or stoking its resentments.

Which brings us to the existential issue, the one the public doesn’t quite believe is serious: Israel’s hold on the territories, America’s inaction on climate.

Though different in substance, they evoke strangely similar political reactions. The left warns of looming disaster. The right dismisses the alarm as fantasy. The left has the bulk of expert opinion on its side. The right has the voters.

This year, something extraordinary happened. In both countries there’s been an awakening. An awkward outcry. Not from the grass roots where awakenings traditionally arise. Not from the avant garde that usually spearheads change. It’s coming from groups that rarely cry out: professional experts. Fearing for the future, not in anger but more like despair. Seeing grave danger, bewildered at public apathy.

In Israel, it’s the defense community, worried that Israel is missing the opportunity offered by the Arab world’s peace plan and will lock itself into a permanent future of civil strife at home and isolation abroad.

In America it’s the scientific community, worried that America is failing to lead the world community — and in failing to lead, letting global inertia take over — in the race to halt climate disaster. Neither awakening happened overnight. Scientific consensus on the danger of climate change has been building slowly since the early 1970s. A quarter-century ago the United Nations formed its Intergovernmental Panel on Climate Change. It’s now issued five major reports.

The fifth report, completed November 2, is the most definitive and the most alarming. Drawing on thousands of scientific studies, it found major changes already underway, including rising sea levels, droughts and extreme storms. It’s nearly certain that if greenhouse emissions aren’t slashed, coming decades will see crop failures, famine, flooding of coastal cities and regional conflicts as millions migrate from uninhabitable zones.

All this runs up against the strange refusal on the American right to accept the science and act. There’s a widespread, deeply held belief among conservatives — and not only religious fundamentalists — that the science is somehow unsettled, or even a plot by grant-hungry scientists.

Denying the science, the GOP-led Congress refuses to act on emissions. This prevents America from taking a strong lead in international efforts. Presidential action isn’t enough. And without American leadership, much of the developing world drags its feet. Time is running out. Emissions take decades to impact the climate. Inaction now means disaster for our grandchildren.

The alarm in the Israeli defense community surfaced more suddenly. There’s been a broad consensus for decades that territorial compromise — ending settlements, withdrawing from most of the West Bank — is the surest guarantee of long-term safety. Not that withdrawing guarantees peace, but that staying put leaves a large, hostile population within Israel’s borders, threatens democracy and angers Israel’s trading partners and creditors. If the neighbors are going to remain hostile, let them be on the other side of a border. We know how to defend a border, they say; we can’t keep angry millions under perpetual house arrest.

Until a decade ago the question was theoretical. There was nobody to talk to. Now there’s an offer on the table — not perfect, but a viable basis for talks.

The problem is that much of the political leadership, for its own reasons, continues to insist the Arab world remains unchanged, committed to Israel’s destruction. The military and intelligence services, following the other side closely in real time, are nearly unanimous that the change is real. The public, hardened by terrorism and leery of promises, believes the politicians.

It’s not the place of uniformed officers to contradict elected civilian leaders. But retirees can. They’re civilians, free to speak like anyone else. Most of them remain on reserve duty and close to the action as consultants and advisers. They know the intelligence. Over the past two years they’ve begun speaking out, first singly, then in groups, now en masse, hundreds of them.

And like America’s scientists, they’re meeting the electoral equivalent of a blank stare. Current polls show liberals headed for the same shellacking in Israel next spring that they got in America in November. In normal times one might shrug and prepare for the next round. But to the real-life guardians of our future, these aren’t normal times. Bluntly put, they’re scared.