Be Fruitful and Multiply — Please? 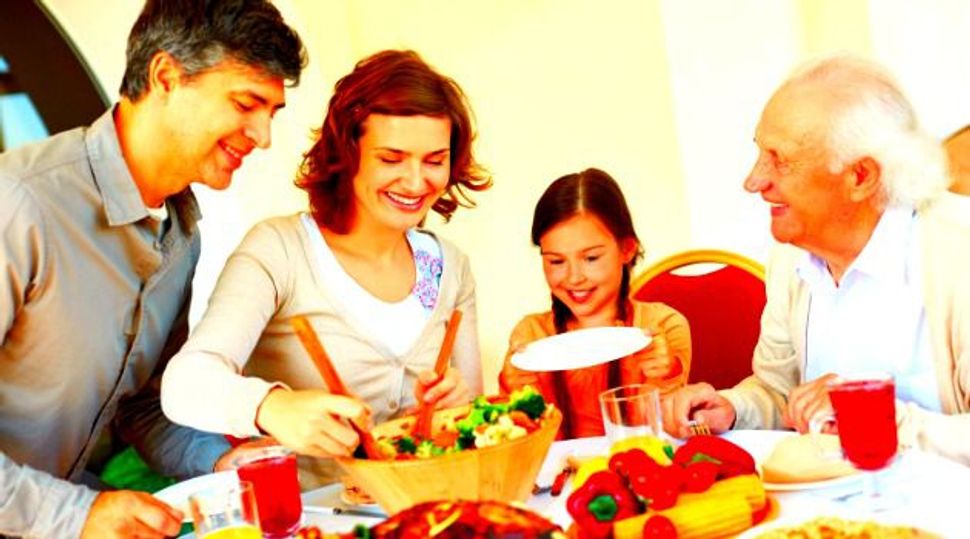 Thanksgiving was lovely this year, a happy gathering of four generations of family. We are a warm and compatible group who genuinely enjoy each other’s company and — not to sound too corny here — acknowledge the blessing of just being together. There is a sturdiness to this side of my family that I treasure. It is stable and loving, and it feels as if it will go on forever.

Until I do the math. Then I realize that there are fewer descendants in my children’s generation than in mine. Experts say that the replacement rate in developing countries is 2.1; that is, to keep a population stable, each woman should have on average 2.1 children. Using this standard, that part of my extended family isn’t replicating itself.

We are not unusual. In fact, we fit neatly into the new American normal; the CIA World Factbook puts the U.S. birthrate in 2014 as 2.01. Like the nation in which we have comfortably assimilated, we are marrying later or not at all, bearing fewer children than our grandparents did, or choosing to remain childless.

My family also fits neatly into the new non-Orthodox Jewish normal. While last year’s Pew Research Center study noted that Jewish adults ages 40-59 report having had an average of 1.9 children, there is a widening gap between Orthodox Jews’ fertility and everyone else’s. Here are the numbers: Reform, 1.7; Conservative, 1.8; Orthodox: 4.1. As a result, one analysis shows that there are 5,000 more Orthodox Jews and 10,000 fewer non-Orthodox ones in America, every year.

So much of the reaction to the Pew report focused on skyrocketing rates of intermarriage that we’ve overlooked an even more fraught issue: Fertility. “In theory, marriage and procreation are high ideals of Judaism,” the social scientists Steven M. Cohen and Jack Wertheimer wrote recently. “But how can any such idea withstand the plain fact that declining proportions of American Jews are actually getting married and forming families in the first place?”

It is true that we live in a welcome time where there are new kinds of families forming, as legal rights expand for gays and lesbians, and single women find acceptance in their decision to bear children on their own. But while inspirational, these developments won’t alter the statistical landscape.

Two years ago, before the Pew report was released, I wrote on these pages about my frustration that progressive Jews haven’t come up with language to talk about the essentiality of marriage and child-bearing in a way that also acknowledges social trends and honors individual choice. I traffic in words every day, and I still feel at a loss.

How do we persuade the couple who have lived together for years to marry already, and start a family before advancing age limits their options? How do we provide the support, financial and otherwise, to try for a third child? How do we counter a powerful American culture that privileges autonomy over communal responsibility?

Some scholars just think it’s impossible. “There is nothing in their American culture that will compel or induce today’s non-Orthodox Jews to marry younger, marry at all, or procreate more,” writes Riv-Ellen Prell, professor of American studies and director of the center for Jewish studies at the University of Minnesota, in response to Cohen and Wertheimer.

“Furthermore, in the light of another Pew study, this one demonstrating that marriage is the single most important predictor of religious affiliation in the United States, we can see how young Jews’ allergy to the former reinforces their allergy to the latter.”

I refuse to bow to the inevitable. I persist in believing that there are creative individual and communal responses to shift the direction of this bleak narrative without resorting to the unhelpful, over-used techniques of guilt and social ostracism.

Be Fruitful and Multiply — Please?