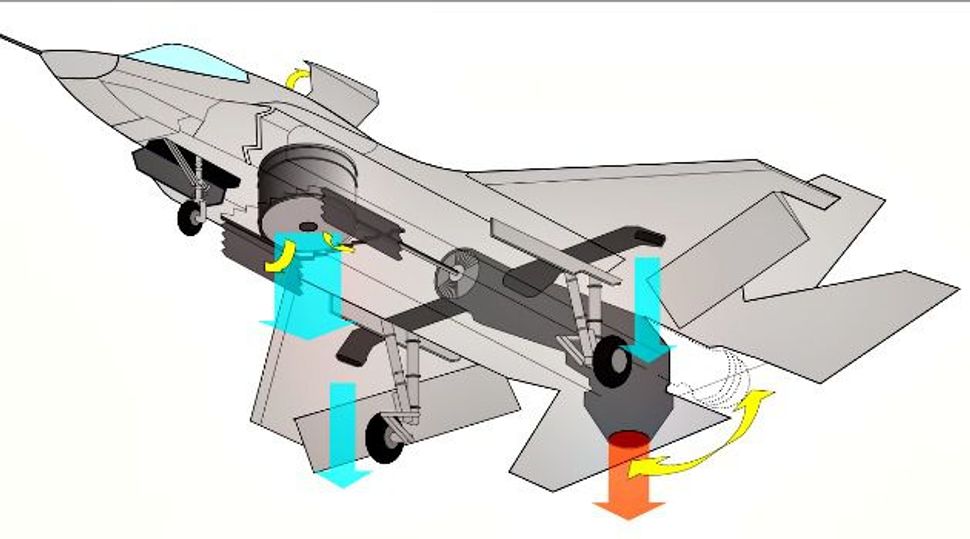 The Israeli parliament has become a turbulent place in the past few weeks — even more so than usual. What with key politicians getting fired, there’s been lots of chatter about what this shake-up will mean for the Israel-U.S. relationship. But it may not mean very much at all.

It’s worth noting that while coalition disputes (supposedly) led to the dissolution of the parliament this week, the cabinet still functioned well enough to approve on Sunday a $2-billion deal to purchase stealth fighter jets from American aerospace company Lockheed Martin.

The cabinet authorized this purchase of 14 F-35As following an agreement between American and Israeli defense chiefs in October. This is just one part of a long-term deal that includes a 2010 purchase of 19 warplanes (which won’t arrive until 2016) for $2.75 billion, and maintains the option of purchasing 17 more in the future.

If the deal, which all together entails 50 jets, is completed, Lockheed Martin has agreed to purchase $6 billion worth of security equipment from Israel. It will also give Israel comfortable credit conditions.

The jet in question — the celebrated F-35 Lightning II — is a fighter aircraft designed for missions that have typically been the realm of more specialized aircrafts, like strikes and interceptions. But it is still unclear, in the Israeli context, what operational need it actually fills. No wonder then that some Israeli ministers strongly — but unsuccessfully — opposed approving this huge purchase. Somehow, this major deal barely got a mention in all the media discussion of the controversial issues over which the coalition announced failure.

The money for these very expensive purchases comes, by the way, from American military aid. Each year Israel receives around $3 billion in U.S. military aid. Very generous, but Israel is obliged to spend 75% of this money in the U.S. — by purchasing U.S. arms. So, instead of treating this money as aid to Israel, you might be tempted to go ahead and call it aid to U.S. arms industries — but then again, it’s not that simple, because Israel is involved in the manufacturing of the jets. (A few military and semi-military Israeli companies, Aerospace Industries and Elbit systems included, have been contracted to produce, among other things, the wings for the jets and helmets for the pilots.)

Ultimately, what this comes down to is a relationship in which Israel and the U.S. are so intertwined, so enmeshed, that it’s difficult to tell them apart.

This relationship doesn’t begin with purchasing a product, or even manufacturing it. In some cases the collaboration starts as early as the commissioning and developing stage for a new defense product. The two countries are working together at every step of the way.

If we learn anything from this years-long deal, now in its second stage, it’s that Israeli politicians may come and go — but the all-important arms relationship with the U.S.? That’s here to stay.