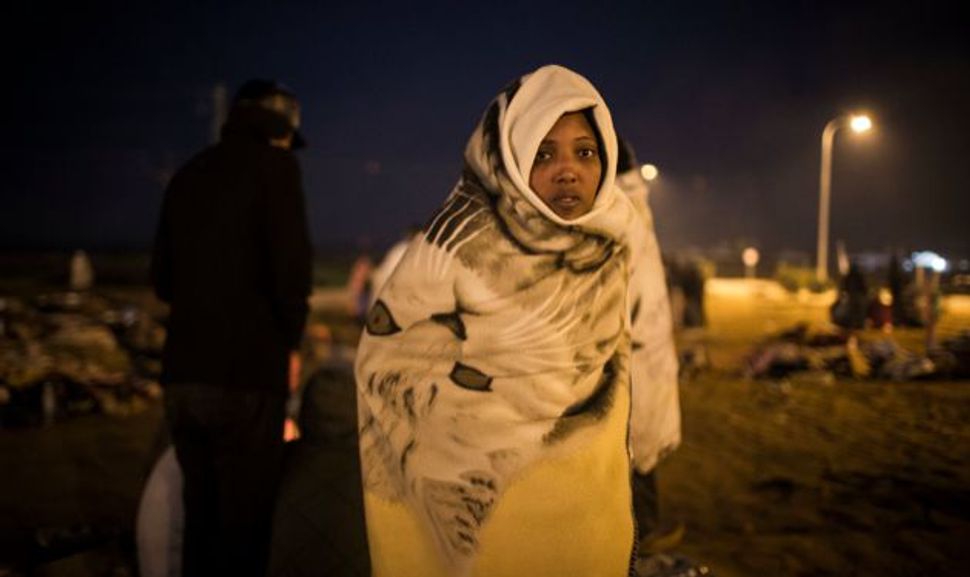 The new Anti-Infiltration Law presented by the Israeli government, after two previous iterations of the law have been voided by the High Court, is the culmination of the development of a completely unreasonable government policy toward the foreigners from Africa. Government officials and members of Knesset keep referring to Sudanese and Eritreans as “work infiltrators” but, at the same time, the state does not examine their individual asylum claims according to international standards.

Israel examines only a minuscule number of asylum requests and approves less than one percent of them. Officially, Israel does not deport them, because it recognizes the danger the asylum-seekers will face if returned to their country, thus following the principles of international law. At the same time, Israel does not grant them any rights including the right to work. In fact, it deprives them of their most basic human rights.

Israel, like any sovereign country, is entitled to decide who can enter it or not. For example, it can encourage the arrival of migrant workers from country A and prevent the entry of migrant workers from country B. The government can also decide not to accept any migrant workers. But as part of the calculations regarding entry to Israel, Israel must take into account its obligations under the Refugee Convention, which Israel helped shape following the Holocaust. If Israel properly examines the refugee status claims of the asylum seekers, it can recognize those deserving of the status of refugees and bring about the departure of those who are not refugees and have come here to find work.

In fact, Israel grants the right to work in Israel to a very large number of migrant workers, who outnumber the refugees from Sudan and Eritrea. The migrant workers are invited from non-African countries where people don’t face harm if they return, such as the Philippines, Thailand, Sri Lanka, etc. It appears that the refugees from Eritrea and Sudan who are threatened by their regimes endure discrimination in Israel mostly for the color of their skin.

Israel does not have any right to detain and jail a refugee for a long time, or pressure him until his gives up and is deported “willingly.” Israel is obligated to protect refugees and grant them minimal rights until they can return to their homelands. Israel’s corpus of laws can do without more disgrace in the form of a bill allowing the detention of refugees without trial. Such a law would prove not only that we didn’t learn from the two High Court rulings that voided such previous laws, but also that we failed to learn from our history. German Jews who managed to reach England on the eve of World War II were placed in detention centers at the start of the war because they were citizens of an enemy state, Germany. Will a detention center like “Holot,” one of the largest of its kind in the world today, fit the lessons learned from Jewish history?

Such a detention center also makes no sense economically, and the money spent on it should be instead directed for a true and just solution. Moreover, Israel imports cheap labor from other nations, while ignoring the tens of thousands of Eritrean and Sudanese refugees who can provide the necessary labor for Israeli employers in the agricultural and construction sectors. The argument made by government officials that the draconian treatment of refugees prevents millions of Africans wishing to improve their lives from coming here is preposterous. The fence along the Sinai border has effectively blocked entry while masses cannot enter Israel through the sea or air. This argument is cheap demagoguery.

The situation in the refugees’ country of origin is known. Eritrea, knows as the “North Korea of Africa” is ruled by a dictatorial regime that does not respect human right; Sudanese citizens who are living in Israel have fled the genocide perpetrated by the regime against African tribes living in Darfur and the Nuba Mountains regions. As mentioned, the fact that Israel does not deport them means that it recognizes the danger they face in their countries of origin. Israel therefore understands that those reaching its gates are refugees, but it prefers to pretend that they are “work infiltrators,” thus maybe trying to justify to itself the inhumane treatment and the improper examination of their refugee claims.

Indeed, there is no magical solution to the issue. Refugees don’t simply disappear as long as the situation in their homeland countries continues to be dangerous. However, in the past two years almost no new asylum-seekers succeeded in entering Israel. Now it’s time to take care of those already inside out borders. Their number isn’t large — less than 50,000 people. The government’s treatment of the asylum-seekers leads to serious problems and confrontations with Israelis, mostly in southern Tel Aviv. Granting asylum-seekers the right to work in agriculture or construction would have addressed this problem.

One day we will have to ask ourselves in what manner we hosted refugees in their times of trouble. Did we lend a hand, or did we preserve in them a justified sense of persecution?

Yehuda Bauer is a scholar of the Holocaust and the author of many books, including most recently “Rethinking the Holocaust” (Yale University Press, 2001).