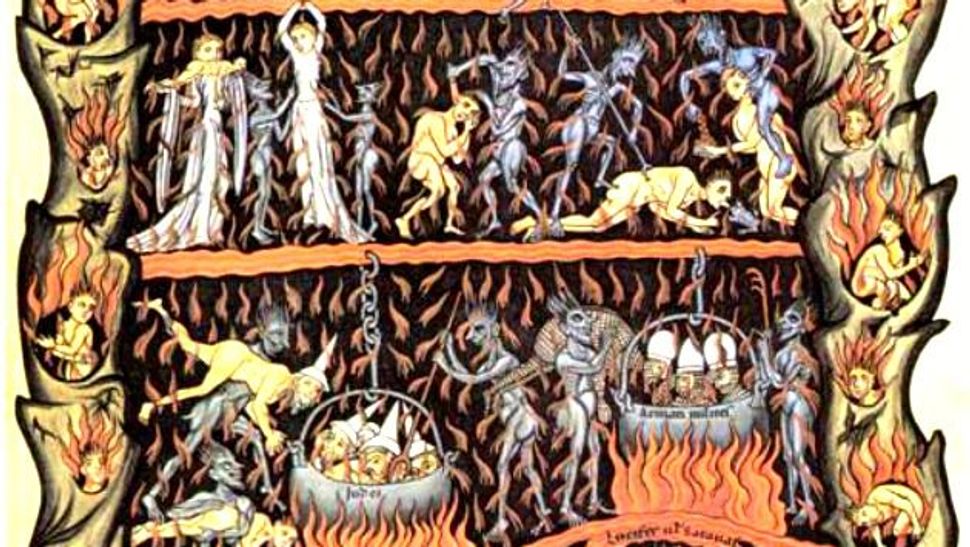 Are the Jews somehow to blame for the CIA’s torture of detainees?

That’s what some want to know after yesterday’s release of the so-called “CIA Torture Report” by the Senate Intelligence Committee.

The CIA is in the business of extracting secrets and then burying them deep in its bureaucratic pockets. So it was somewhat surreal yesterday when the agency was forced to publicly spill its guts in the 528-page Senate report (redacted from a still-classified 6,000-page version). Among the disturbing revelations: the tactics were both more brutal and less effective than the CIA had claimed; some interrogators were inexperienced and should have been “flagged” for violent tendencies; the program had no meaningful oversight; and the CIA systematically duped the media, Congress and even President Bush in exaggerating the tactics’ success.

Another startling scoop from the Senate report is that CIA lawyers cited the “Israeli example” as part of their legal rationale justifying torture, referring to the 1999 Israeli Supreme Court decision that allowed interrogators to exert “moderate physical pressure” in some circumstances. This has already caused a stir among some, including the website Electronic Intifada, and is bound to embolden those who see a Zionist finger behind all the world’s evils.

The irony here is that the Israeli Supreme Court ruling explicitly banned torture, even in the extreme “ticking time-bomb” scenario where the detainee’s knowledge could stop an imminent explosion. The decision, authored by then-Chief Justice Aharon Barak and lauded by Justice Ruth Bader Ginsburg as a “tremendous[ly] persuasive” example of judicial heroism, eloquently concluded:

“This is the destiny of a democracy — it does not see all means as acceptable, and the ways of its enemies are not always open before it. A democracy must sometimes fight with one hand tied behind its back. Even so, a democracy has the upper hand. The rule of law and the liberty of an individual constitute important components in its understanding of security. At the end of the day, they strengthen its spirit and this strength allows it to overcome its difficulties.”

And yet, in addition to the “Israeli example” set by this decision, the realities of Israel’s interrogation tactics have raised serious debates among Jewish thinkers and rabbinic scholars — in Israel and the Diaspora alike.

Many agree with the Israeli Supreme Court. For example, in 2005 the Central Conference of American Rabbis — the umbrella-group of Reform rabbis — condemned all use of torture by the U.S. government, explicitly aligning itself with the Barak court decision.

But in Orthodox rabbinic circles, the apparent trend is to allow the authorities to fight terrorism with everything in the tool shed — including instruments of torture. Rabbi J. David Bleich, a leading professor of Jewish law and ethics at Yeshiva University and Cordozo Law School, argued in 2006 that torture is justified by halakha (Jewish law) if it is necessary to save lives.

The most important part of Bleich’s argument is his decision to define the detainee as a rodef, or “pursuer,” the halakhic term for someone who poses a clear threat and must be neutralized — killed, if necessary. It doesn’t matter, Bleich reasons, whether the detainee is innocent or guilty, or whether he is at all involved in the plot: Simply withholding crucial intelligence renders the detainee a rodef and legitimizes all measures of force. Bleich then develops other rationales that attempt to justify even the torture of innocent third parties, like the detainee’s wife or children, as a desperate last recourse — though he acknowledges that this approach is “highly novel” and “probably not reflective of mainstream halakhic opinion.”

So who’s right, Bleich or Barak? Must a moral government — especially a Jewish democracy — fight with one hand behind its back?

While I take issue with certain aspects of Barak’s and Bleich’s arguments, both of their positions are reasonable and can be supported by traditional and legal texts. But I’d like to introduce another factor.

According to the Talmudic sage Hillel, the entire Torah can be stated concisely: “That which you detest, don’t do to your fellow.” We can’t afford to overlook this principle when discussing such a sensitive moral dilemma.

The Jews have a singularly long and bitter acquaintance with torture. We have learned the word in Greek and Latin, Spanish and Arabic, Russian and German. We translated it into poetic Hebrew in the story of the Ten Martyrs, which we recite during the Yom Kippur and Tisha B’av services. That text describes the mutilation and slaughter of ten rabbis, most of whom were killed for observing Judaism during Emperor Hadrian’s persecution in the aftermath of the Bar Kochba revolt.

Even if, in some grand hypothetical, the Romans had been motivated by a desire to prevent rebel attacks, and even if those rabbis possessed some kind of actionable intelligence, I doubt that we would tolerate their mistreatment. No amount of “parsing and interpreting the written code,” as the poem imputes to Hadrian, can justify that brutality.

When deciding what we may do to others, the first step is recognizing what we find intolerable for ourselves.