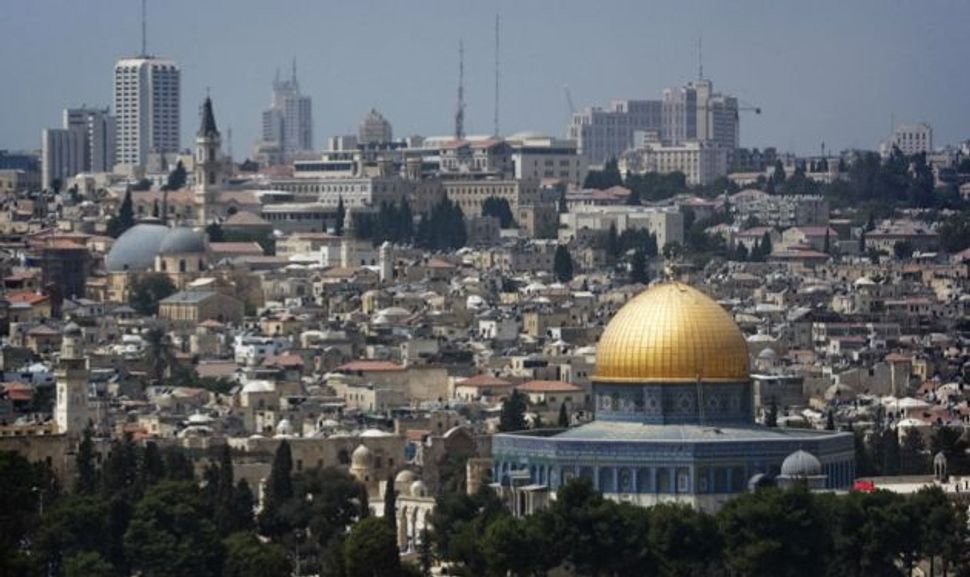 With the aim of bringing peace to Jerusalem, foreigners often advise the warring natives to seek reconciliation. Speak to each other, study your differences, clarify the disputes and at the end everything will be solved. Rabbi Marc Schneier recently offered such advice in these pages: “To prevent a global conflagration that would be a disaster for both faiths and the entire world, we must urgently create forums for Muslims and Jews to connect with each other, with each of us sharing basic facts about our own faith while hearing and internalizing what the Other has to say.”

He is right, of course. Mutual understanding is very important, always. The problem is that geographically and mentally, the Hamptons, where the rabbi has his pulpit, is oceans away from the Holy City, where for the last 30 years or so the two struggling communities have lived in their own segregated zones like complete aliens.

I was a Jerusalemite from 1945 until 2006 (61 years out of my 69). My three children were born in Jerusalem. I love wandering through its dusky alleys, linking myself to the mysteries of history. I have great affection for the sharpness of the unique, white stones of its buildings; for its singular human and religious mixture; and for the diversity of its eccentrics, which has no equal.

My years in Jerusalem are divided into two periods. Until June 1967 it was the best place on earth. A special aura of tranquility and humbleness constantly hovered above it. The city was divided and its residents were happy (at least within the Jewish part). But following the great military triumph and subsequent unification, the city has gradually fragmented. We left for Tel Aviv because rudeness, racism and terror had subdued almost any sign of modesty and serenity.

Like me, many moderate Israelis who inhabited Jerusalem during the ’60s miss the city that existed before the Six Day War. Their recoil from the phony unification was beautifully expressed by the late Jerusalemite poet, Yehuda Amichai, who described how for many messianic and nationalistic Israelis, the feeling of possession took the place of yearning and passion: “They burn the photos of divided Jerusalem/ and the beautiful love letters/ of a silent lover./ The complete, clamoring Lady/ With her gold, bronze and stones/ has returned to a fat, lawful life./ But I don’t love her,/ Sometimes I recall the quiet Her” (translation my own).

Indeed, in everything to do with the Eternal City, Israel’s appetite has been great. Governments have dreamed of a magnificent Jerusalem — after all, it is the capital of the state and the subject of Jewish hopes for 2,000 years. Therefore, soon after it was conquered from the Jordanians in 1967, Israel annexed the city’s Arab neighborhoods and 28 surrounding townships and villages. In subsequent years, further areas were added to the city, making for a total of 27 square miles of the West Bank that were annexed to Jerusalem.

In practice, throughout the almost five decades of the occupation, the Israeli government, the Jerusalem municipality, and certain Israeli and foreign right-wing associations have been incessantly working at Judaizing Arab Jerusalem. In the first years after the conquest, the government and the city confiscated land from Arabs for the construction of new Jewish neighborhoods. These neighborhoods surround the city and are inhabited by some 200,000 Jews. At the same time, nationalistic and religious associations, some registered in the United States, have invested considerable resources to buy properties and settle hundreds of Jewish families in the heart of Arab neighborhoods. The various national and municipal governments have generally supported these activities. Moreover, in order to reduce the number of Arabs in the city, the Israeli Interior Ministry has deprived thousands of Arab residents of the right to live there. Arabs planning to build homes in their own neighborhoods have been refused building permits.

Despite the annexation and despite the aspiration to exalt and glorify “united Jerusalem,” the government and the municipality have invested only paltry sums in the development of the Arab areas and a deep gap has therefore been created between the two sides of the city. The annexation of the Arab part has been a symbolic, ostensibly legal measure, but not practical. In some of the Arab neighborhoods of the capital of Israel, sewage flows in the streets, garbage is not regularly disposed of, and the streets and sidewalks are derelict. In the Arab neighborhoods there are not enough schools or clinics. The educational system in East Jerusalem is broken. About 10,000 Arab children are not known at all to the educational authorities who are therefore unaware whether or not they go to school.

The lust for annexation has cost Israel dearly. The Arab residents of the city have been given the status of permanent residents, with no right to vote in elections for the Knesset. They are entitled, however, to educational and health services and social security benefits, including unemployment payments and maternity benefits. As a result, 300,000 people, about 35% of the population of the capital city (and 3.6% of the entire Israeli population) who lack any affinity to the state, who will never be Israeli citizens and, in all likelihood, in the wake of a peace agreement would be separated from Israel and become part of the state of Palestine, are enjoying Israeli welfare payments. What sense is there in granting financial benefits to people whose contribution to the state coffers is relatively small, who are not destined to become citizens and will likely become the citizens of another state? Only foolhardiness can account for the taking on of such a great economic and security burden, a burden that brings no rewards other than a feeling of nationalist pride at being “united.”

The cure, Rabbi Schneier, would not be to create “forums for Muslims and Jews to connect with each other,” because the raging Jerusalemite mentality rejects any sign of American pragmatism. Instead of persuasion let us promote separation. Like Amichai and like myself, many Israelis “sometimes remember the quiet one” and yearn for a separation between the two states and a separation between the two Jerusalems.

Michael Karpin is an Israeli journalist and author, most recently of “Imperfect Compromise: A New Consensus among Israelis and Palestinians” (Potomac Books, 2013).