What We Learn From the Salary Survey 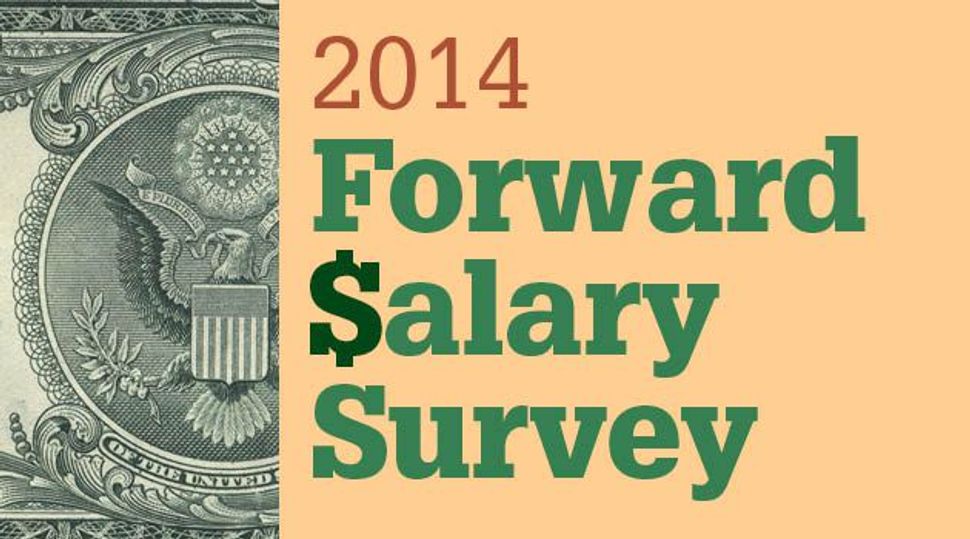 So why do we do this, anyhow? Why, for six years in a row now, does the Forward go through the immense trouble of sifting through reams of public documents and then making hundreds of calls to verify basic public information about Jewish charities? And what have we learned?

When we started the salary survey in 2009, it was to answer two simple questions: Who is in charge of the largest Jewish federations, national advocacy and service groups, religious and educational institutions — man or woman? And what does he or she earn?

Starting last year, we deepened our analysis through a partnership with a statistics professor at the Wharton School of the University of Pennsylvania whose math is way better than ours and who was able to develop a formula to predict what these charity executives should be earning based on the size of their respective organizations. That way we could apply a sort of Goldilocks test to see who was overpaid, underpaid, or paid just right.

We do this because our readers work for, volunteer with, donate to and depend on these charities, and they deserve information that is nominally public but difficult to access and contextualize on one’s own. We had hoped that the obvious gender imbalance in leadership and the inequities in salary exposed by this work would be recognized and addressed.

We have not succeeded so far.

The number of women on our list is no different from 2009, except that then three of the 11 women were in temporary positions and now the 11 are all permanent CEOs. There’s still only one woman leading any of America’s 18 largest federations; only two women at the helm of religious and educational groups, while even newer, progressive organizations have been slow to change.

The gender salary gap is narrowing — good news. But through the Wharton analysis, we’ve revealed a gaping inequity in salaries among men as well, which telegraphs a confusing message about what leadership is genuinely worth in our community.

The driving force behind this work is to promote accountability and transparency within our community, but we have also bumped into questionable rules that govern the not-for-profit sphere more broadly. One example is Josh Nathan-Kazis’s story about “Friends Of…” organizations — groups that raise tax-deductible money for overseas institutions. One out of every $20 given to American Jewish charities goes to a half-dozen of these organizations, even though they conduct no charitable activities in this country. The arrangement is based on a 1938 action by Congress that makes it all legal, but one that even tax experts say doesn’t make any contemporary sense.

And yet, American taxpayers are, in essence, subsidizing contributions to these fundraising organizations. Is that right? The system may suit us if the money is going to the Weizmann Institute of Science and to Ben-Gurion University, but what if it’s also being channeled to institutions with more controversial, less neutral activities?

“Friends Of groups present problems to people who think that the purpose of the tax subsidy [for] charitable donations is to stimulate the production of social benefits in the first instance for American citizens,” Rob Reich, a political science professor at Stanford University, told the Forward.

Not to discount the good that some of these groups do, but we are of the mind that the purpose of U.S. tax subsidies for charitable donations is, indeed, to produce social benefits for American citizens.

But reforming entrenched institutions and tax policies requires stamina, stubbornness and the recognition that these things take time. We appreciate how challenging it is to diversify leadership, equalize pay, simplify and improve the tax code, and promote a charitable sector that remains true to its mission. For that reason, you can expect that the salary survey will return next year.

We hope with better news.

What We Learn From the Salary Survey