A Most Inspiring Hanukkah at the White House 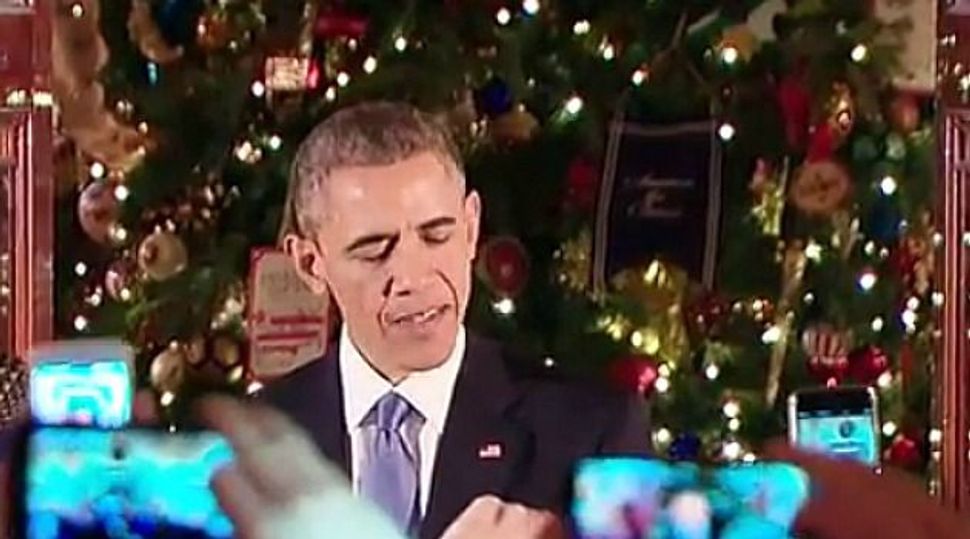 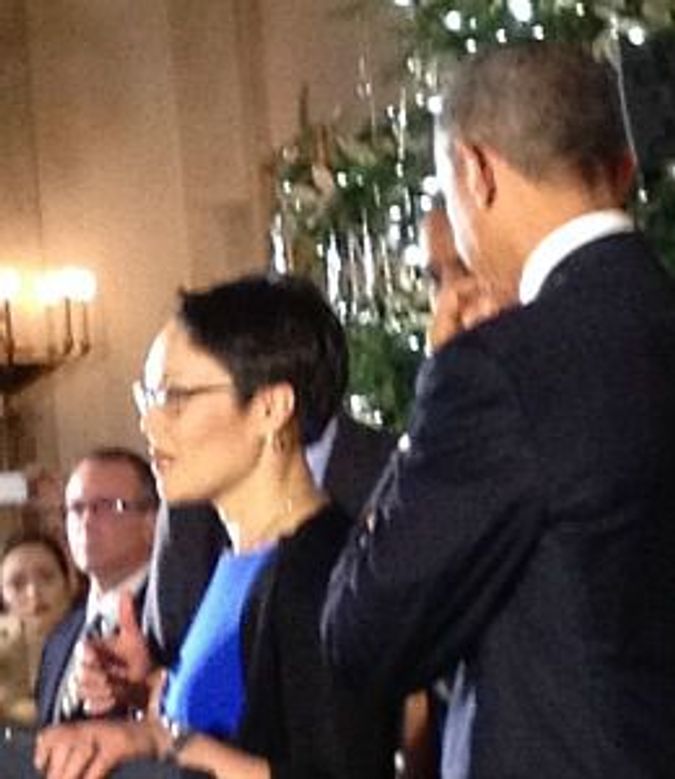 By just before 8 o’clock last night, my feet really began to hurt.

I was standing at attention, waiting for the President and his wife, wedged between four bearded Haredi men, a woman with very bare shoulders, and several people way taller than me who had their iPhone cameras at the ready and looked as if they had prior lives as paparazzi. Your typical Jewish crowd.

By that time in the evening, I had stood on line in the surprisingly chilly Washington evening to enter the White House, then stood as we ate, schmoozed, and ogled at the lush Christmas decorations, the historical paintings, the massive kosher buffet and the sheer amazingness of being here, in the central address of American power.

But I was wearing my good black heels and my feet hurt. It was cool enough to be at the Hanukkah reception. Did I really need to pay attention to the actual ceremonial part, too?

There was a special excitement about being in the White House on the day that Alan Gross was freed from a Cuban jail as part of a dramatic rethink of relations with our neighbor to the south. The President was eager to connect that story to the larger holiday theme, and a positive current buzzed through the air that was so welcome after a year of awful news.

There was something more, though, and it came in the form of a slight woman in a blue and black dress with a gorgeous voice and a stirring presence.

Rabbi Angela Buchdahl, the newly elevated senior rabbi at Manhattan’s prestigious Central Synagogue, stepped to the podium to lead the prayers as the menorah was being lit. She took advantage of that podium to note the improbability of the scene before us.

Do you think, she asked the President, that the founding fathers could have imagined that an Asian-American woman rabbi would be reciting Jewish prayers in front of an African-American president? At the White House?

Then she sang the prayers, beautifully. That, too, struck me profoundly. Because even the men in long beards standing next to me could not ignore the sight before them, the public legitimacy granted to a biracial, female spiritual leader by the President of the United States.

For a moment, the divisions among us receded. It’s too corny to call that a Hanukkah miracle, but it’s still possible to rejoice in the fact that a man is freed, and hatred between nations is tempered, and women can be empowered and a tiny minority of Jews can hear the Marine Corps Band play the dreidel song in their honor.

Oh, and the lamb chops were outstanding.

A Most Inspiring Hanukkah at the White House