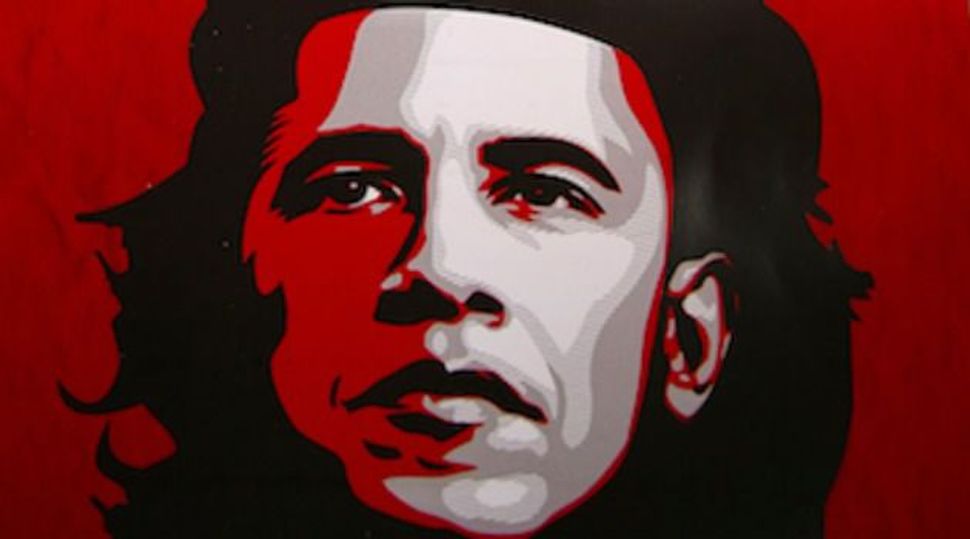 Obama is caricatured as Che Guevara, an iconic symbol of Cuba’s revolution, on the cover of Brazilian magazine Veja / Getty Images

As a life-long Democrat, I was deeply disturbed by the Obama Administration’s decision to act unilaterally on the Cuban question. The policy option may have been a valid one, but the process invoked raises major concerns.

Realizing that his presidency would be without a Democratic majority in either the Senate or House for the remainder of his term, did Obama decide that his Administration would conduct the business of foreign policy outside of the traditional policy framework of bipartisanship?

The embargo on Cuba was set into place 54 years ago, in 1960. We need to remind ourselves that both Republicans and Democrats embraced the actions taken at that time by the Eisenhower Administration.

Obama’s arbitrary action, taken without any public input or Congressional oversight, raises a set of challenging questions. Do each of the president’s recent pronouncements, including his executive order on immigration and the Iran nuclear agreement, suggest a different framework for decision-making by this White House? Will we continue to see a series of new political pronouncements without the engagement of the Congress or the input of public opinion?

I introduce these questions in the context of my particular concern for the U.S.-Israel relationship. Could such a proactive decision-making pattern have some potential linkage to a change in America’s special and historic relationship with Israel? Could the Administration’s frustration with the Netanyahu government produce a similar outcome, namely a shift in its balance of support?

And could the decision by the Palestinian Authority to take the matter of “statehood” to the United Nations Security Council enable the White House to use such an occasion to alter the “special relationship” by invoking its support for a Palestinian state, even over the objections of Israel, its American supporters and the United States Congress?

Is this formula for action as evidenced in a particular foreign policy setting likely to be applied to policy matters in other regions? Simultaneous to the U.S. engagement with Cuba, there are increasing signals that American officials and our allied partners have opened the door for Iran to play a more active role in our military campaign against ISIS. Should we read into this new arrangement of convenience a broader policy shift that may be underway in the Middle East, altering our nation’s historic connection to Israel and changing the political equation in the region?

Certainly other presidents have acted without the “advice and consent” of the Congress. But the idea of “checks and balances” has been a cardinal principle associated with the American political process. Does that become null and void when a particular administration feels that it should act arbitrarily to change the direction of U.S. policy, or believes it cannot secure consensus over its proposals?

Consider the war powers of the president. While historically presidents have turned to Congress to empower the nation to act on behalf of its self-defense, in recent times there have been a number of occasions when American presidents have acted without first securing Congressional approval. Throughout the 20th century we can identify several of these exceptions, including our invasion of Panama in 1903, of Grenada in 1983, and of Panama in 1990; the Korean Conflict and the Vietnam War are the most significant examples of presidents acting without prior consent from the Congress.

The changing power of the presidency to invoke the use of military force seems to be evident in other policy arenas as well. The 20th century would see a vast expansion of presidential executive agreements, at times supplanting treaties and bypassing the role of the Senate in affirming these formal arrangements. Defenders of this alternative model of governance have argued that such agreements offer a “pragmatic solution” when the country requires a rapid or secret response.

These decision-making trends have special significance for the Jewish community. Our communal system has focused much of its attention and resources on seeking to shape public opinion and in garnering the support of the Congress for policies important to American Jewry. Should presidents elect to bypass the public square and/or Congressional channels, what will this mean for the future of interest group advocacy?

The pro-Israel community, the civil rights coalition and the social justice collective — all constituencies that are or have been a part of the Jewish civic culture — may well be facing an uncertain future when it comes to determining their political effectiveness as advocates.