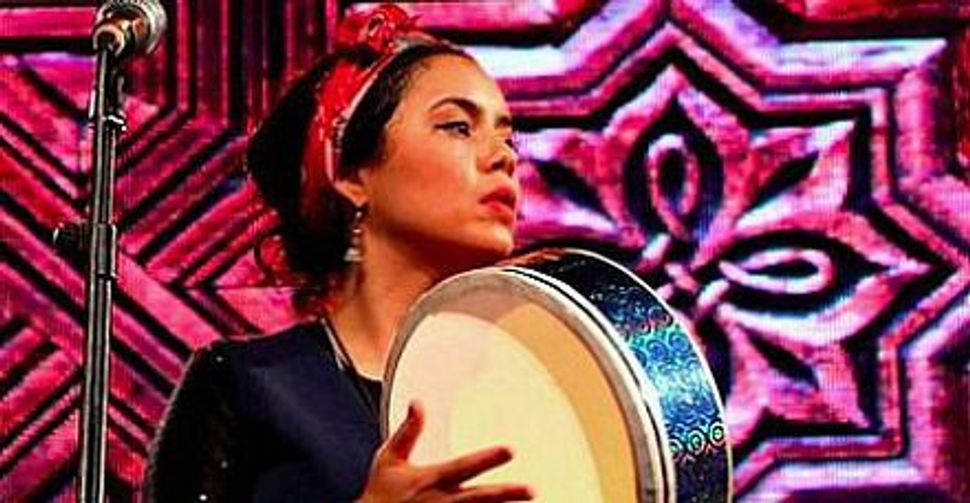 Call it a confirmation bias. Everywhere I turned this year, I saw a new expression of Arab Jewish identity. The revival seems to be happening across all fields — literature, food, music — yet somehow nobody’s talking about it.

As an Arab Jewish writer (my family hails from Morocco, India and Iraq), I couldn’t be happier about this flurry of cultural expression. I’m often dismayed by how “Ashkenazi” becomes a stand-in for “Jewish,” while Sephardic and Mizrachi voices fall by the wayside.

I also geeked out over two academic books this year: Lital Levy’s “Poetic Trespass” and Liora Halperin’s “Babel in Zion” argue that Arabic is every bit as Jewish as Hebrew is. Early Zionists may have tried to separate Palestinians and Jews by marking Arabic as “their” language and Hebrew as “ours,” but that doesn’t erase the fact that families like mine spoke, studied and sang in Arabic for centuries.

Young Jewish musicians are reclaiming Arabic as they explore their roots. Some of them focus on preserving rare video and audio clips. Regine Basha, for example, collects Iraqi Jewish music in her archival project, “Tuning Baghdad.” Others, like Moroccan-Israeli singer Neta Elkayam, remix their grandparents’ musical traditions and bring them into the 21st century. Elkayam speaks perfect Hebrew, but she chooses to sing in Marocayit, the Arabic dialect of her grandparents (and mine).

This revival is making its way into the food world, thanks to people like Michael Rakowitz, who recently set up a temporary Iraqi Jewish restaurant called Dar al Sulh (Domain of Conciliation) in Dubai. His communal meals evoke nostalgia for — and political discussion about — a bygone era when Arabness and Jewishness went together as a matter of course.

It’s not just Arab Jews who are becoming fascinated with their Arabness; non-Jewish Arabs in Iraq, Egypt, Tunisia and Syria are showing an interest in the Jews who once lived among them. Najat Abdulhaq, who teaches Middle East history at the University of Erlangen-Nuremberg and recently gave a talk at a Berlin workshop on “The Possibilities of Arab-Jewish Thought,” pointed to a rush of new historical fiction featuring Arab Jewish characters. There’s “Diary of a Jewish Muslim” by Kamal Ruhayyim, “Jewess in My Heart” by Khawla Hamdi, “The Last Jew of Tamentit” by Amin Zaoui — are you noticing a trend? None of the writers is Jewish. And, refreshingly for Abdulhaq, none of the novels focuses on the Arab-Israeli conflict. “From my point of view,” she said, “the whole issue of the Arab Jews was a hostage of this conflict.”

If you’re wondering why Arab-Jewish identity is suddenly trending, Abdulhaq’s observation might be a clue — especially when it comes to Israel, where young Arab Jews are both more fed up with the conflict than their parents’ generation and more secure in their Israeli identities. That combination makes them relatively open to a nostalgic rediscovery of their grandparents’ Arab heritage. Political interests have also moved this issue high up on the public radar; on November 30, Israel marked its first national day in remembrance of Jewish refugees from Arab lands.

Abdulhaq suggested that this revival has emerged organically: “I don’t think that the writers had an agreement among each other, that they had a workshop and then decided, ‘Come on, we’re going to write novels about it.’” But for me, that raises the question: What if Arab Jewish artists did decide to make art that represents us?

We’ve already got some great events lined up for 2015, from San Francisco’s “Journey Through the Levant” singalong workshop with musician Achi Ben-Sholom in January, to the current “Jews from Arab Lands” exhibit at the Musee de l’Art et de l’Histoire du Judaisme in Paris. We can do even more. Now that we seem to be getting our groove on, I’m not content with passive prognostication (“Will 2015 be the year of the Arab Jew?”); instead, I want to shout out a bold invitation: Let’s make this the year of the Arab Jew.