Sticking by Shabbat Was Real Story at USY 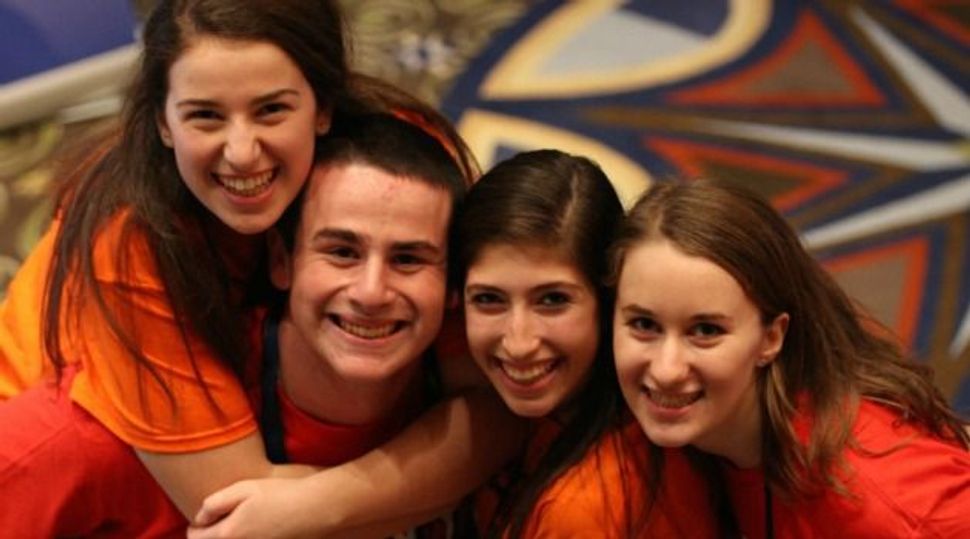 Unfortunately, this headline, which was widely circulated among Jewish news outlets, failed to capture the real issue that emerged from the confab. A more apt headline would have been “Jewish teens in 21st century Diaspora cast vote in favor of Shabbat observance.”

The Conservative youth movement’s teenage board members, who convened in Atlanta, Georgia, last week, used positive language to reframe the traditional requirements for those elected to the board.

They spoke about creating a welcoming and inclusive environment, and fostering healthy attitudes toward Jewish dating. They eliminated the harshly worded “lo taaseh” (“thou shalt not”) ban on interdating, replacing it with a call to “model healthy Jewish dating choices.”

However, if we in the Jewish community spend our time focusing on interdating reform, then we have missed the real issue in this story: the youth leaders’ decision to uphold the requirement that they observe Shabbat.

There has always been an expectation that USY leaders should publicly maintain Shabbat observance. In practical terms, this means not being “out on Friday night,” not going to school on Jewish holidays, synagogue involvement, and trying to make place for Shabbat and holidays within one’s home, regardless of your family’s level of observance.

Given the current climate in the Jewish Diaspora, USY’s decision not to remove this standard was shocking for several reasons.

Most importantly, it comes as a surprise because the United Synagogue adult board and other progressive Jewish adult boards across America generally set no such standard for their members.

Recognizing this paradox, USY leaders have tried over the years to pass regional and international resolutions calling on the adults to maintain a similar observance standard.

When I was a USY officer, I was part of a rather large group that tried to force the issue. Despite the fact that no such attempt has ever succeeded, USY leaders elected to maintain a higher religious standard than the adult leadership.

The decision is also notable because it runs counter to the general pejorative attitude adults hold regarding contemporary youth’s decision-making – the belief that American teenagers recklessly fail to appreciate or understand boundaries.

But these are clearly not the kind of teenagers whom USY members elect as their leaders. When the opportunity was placed in front of the board to knock down a very significant boundary, the members deliberated until 2:30 A.M., before ultimately choosing to reject the proposal.

USY may very well be the only progressive Jewish youth group in the United States that places any kind of self-imposed Jewish ritual standards on its leaders, which not only include Shabbat, but also kashrut and enrollment in a Jewish high school educational program. This simply goes against everything people like to assume about 21st-century teenagers.

One author described the Jewish world’s reaction to the constitutional changes as a collective “oy gevalt” groan, with some commentators going as far as to predict the imminent demise of the Conservative movement.

That would only be true if you thought that USY’s choice to no longer be as exclusive was somehow connected to a desire among officers to be less religiously observant.

However, the Shabbat vote indicates that our kids do not see this connection. Instead, they see an opportunity to allow broader access to leadership and opportunity to grow from observance.

Having attended a brief part of the convention alongside my son and my wife (who, in the interest of full disclosure, works for USY), I cannot begin to express my relief that USY has decided to remain a youth group that commits its leaders to being Jewish observant role models.

The portion of Shabbat that I spent with the young and dedicated staff – many of whom, like me, grew from those standards – was full of ruach (spirit) and offered ample opportunities for Jewish learning, as was no doubt the rest of the convention.

I now expect that when my son runs for the board in 2030 (no pressure, of course), it will continue to be the same ruach-filled, inclusive environment.

*Rabbi Dan Dorsch is the Assistant Rabbi at Temple Beth Shalom in Livingston, N.J. You can follow him on twitter @danieldorsch.**

Sticking by Shabbat Was Real Story at USY