Is Ted Cruz a Big Draw in Kosher Vacationland? 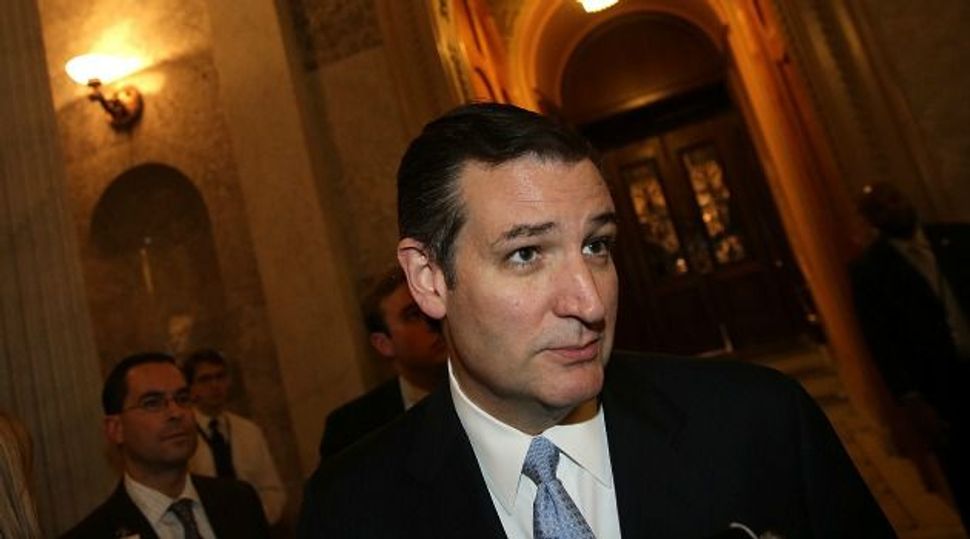 If the Prime Hospitality Group is any judge, you’ll want all of those things. Especially the last one.

Politico is reporting that the Prime Group, which specializes in offering lavish getaways for religiously observant Jews, is billing the firebrand Texas senator as a prime attraction for its 2015 Passover packages. Prime lists Cruz as a featured speaker for vacationers at high-end destinations including Aspen, Colo.; Westlake Village and Monach Beach, Calif.; and Vieques Island, Puerto Rico, alongside prominent rabbis such as Jonathan Sacks and Marvin Hier, and top communal officials like Conference of Presidents of Major American Jewish Organizations Executive Vice Chairman Malcolm Hoenlein.

A Cruz adviser told Politico that the senator would only be speaking once, at Monarch Beach, suggesting that “well-meaning program organizers overstated his participation.” But the fact that Prime Group is eager, or even over-eager, to tout Cruz to its well-heeled, kosher-observant clientele suggests that Cruz is successfully carving out a niche for himself in the Jewish world, and that, in turn could have major repercussions for the 2016 presidential race.

The National Review has reported that Cruz’s strategy for 2016 is to focus his efforts to win over the conservative base, millennials, Hispanics and Jews. To the latter end, Cruz has worked assiduously to court Jewish power brokers. In a recent trip to New York, Cruz met with heavy hitters that included casino magnate and major GOP funder Sheldon Adelson, former Presidents Conference Chair Mort Zuckerman, and philanthropist Michael Steinhardt, and spoke at an awards dinner for the Zionist Organization of America. He has also brought his staunch pro-Israel rhetoric to less friendly venues, as when he was booed off the stage at a September gala to support Mideast Christians. (A number of conservative commentators suggested that Cruz may have cynically picked the fight to draw attention.)

Plenty of political observers have questioned whether Cruz’s strategy is realistic, on a number of levels. In terms of Jews, Cruz’s hardline pro-Israel stance is unlikely to endear him to the majority of Jewish voters, who have supported President Obama by wide margins and who may find Cruz’s conservative views on abortion, gay rights, and other issues anathema.

But if he can woo prominent donors and activists to his side, they can move substantial organizational muscle and —perhaps more importantly — money in his direction. Judging by these marketing materials, he seems to be establishing a prime beachhead.

Is Ted Cruz a Big Draw in Kosher Vacationland?