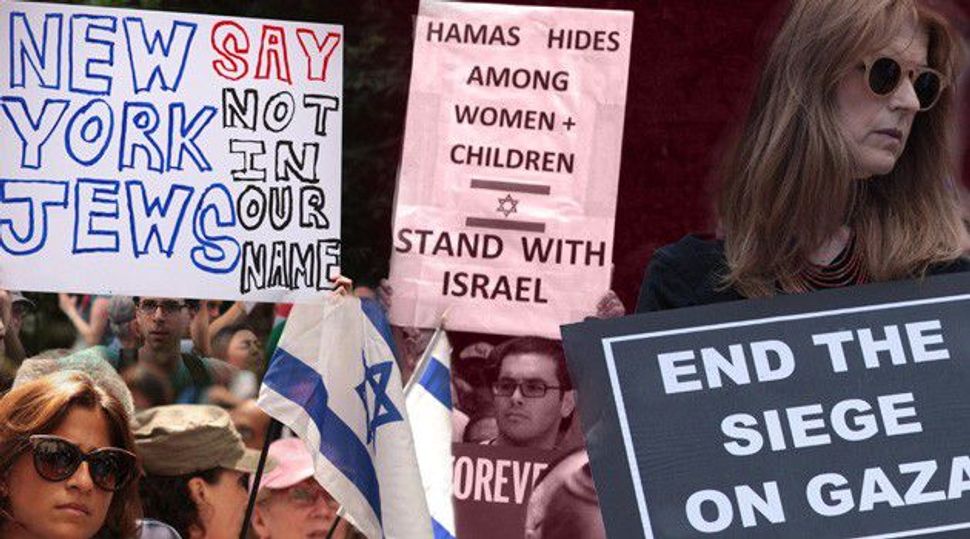 Though the phenomenon has been in decline for some time, I think 2015 finally brings an end to the era of concerns about “airing our dirty laundry in public” on the messiest of Jewish communal issues.

As Jews mirror the larger American political polarization of right and left, it is hard to imagine sustaining an attitude that derived from and reflected 20th-century Jewish realities.

Truth is, it is about time; and we’d best welcome this reality rather than lament it. I’m not sure that its underlying message about communal consensus was ever really true, but in any case the nostalgia for what is lost pales in comparison with the benefits offered by the open marketplace for ideas and dissent.

It affords us the possibility of actually strengthening communal consensus through the proliferation of competing ideas.

Dissent is a threat only to totalitarianism; in a healthy democracy, the marketplace of ideas enables dissenting viewpoints to get some space and oxygen, to challenge orthodoxies, and then ultimately enables them to align (sometimes begrudgingly) behind the consensus position established by the majority.

It remains possible to imagine community in America, and even consensus on the issues that divide us — Israel, intermarriage, identity, etc. — if we think more creatively than precedent has allowed us.

It is possible to sustain a communal consensus even with a diverse population, but the leadership that speaks for the community should reflect that very diversity. Public conversations create accountability for communal leadership on the most divisive issues.

But most important, and paraphrasing my colleague Tal Becker, not wanting to air the dirty laundry in public can be an excuse not to do the laundry. Fear of embarrassment may be blocking creative solutions.

And while engaging the broader Jewish (and non-Jewish) public in debates on issues of Jewish concern may feel unstable, it might also generate the resources and momentum to fix the problems. So here’s to clean laundry in 2015 — with the detergent of more debate and new voices to address the challenges.

Yehuda Kurtzer is the president of the Shalom Hartman Institute of North America.