Will Israel Alienate the Diaspora With ‘Jewish State’ Push? 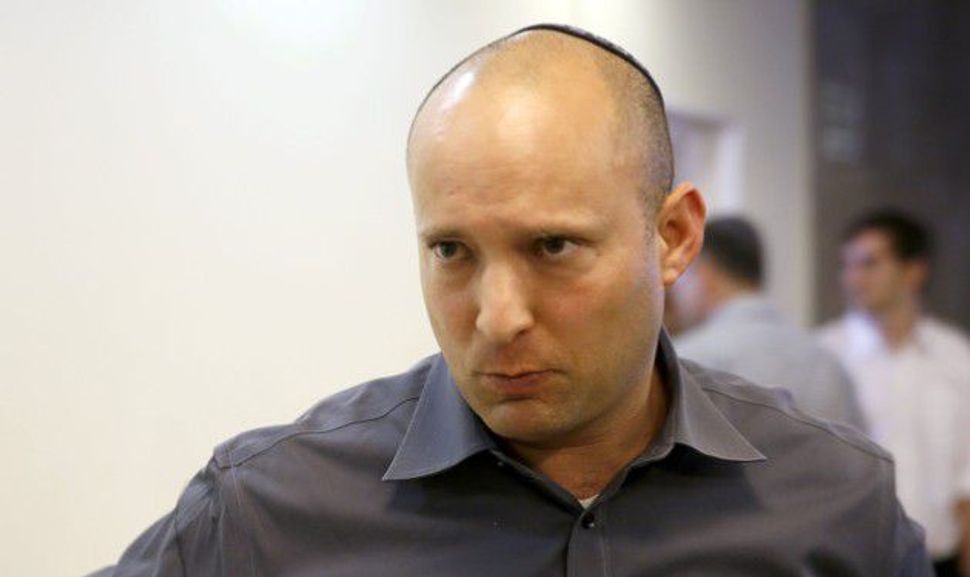 Jewish Home: Naftali Bennett, Israeli economy minister and head of the far-right Jewish Home party, is one of the sponsors of the new bill. Image by Getty Images

The several versions of the nationality bill that vied for Knesset support toward the end of November differed only in nuance. But the modest differences tapped deep fissures in Israeli political culture, leading to the collapse of Benjamin Netanyahu’s government.

The upcoming elections are now rapidly shaping up as a contest over Israel’s fundamental character. Will the next Knesset adopt legislation defining Israel as first-and-foremost the “nation state of the Jewish people,” with the implication of second-class citizenship for the Arab minority, as the prime minister wishes?

Or will it preserve the more ambiguous “Jewish and democratic” formulation of the existing Basic Laws, with an explicit guarantee of full equality for all citizens, as championed now by the center-left ticket of Isaac Herzog and Tzipi Livni?

Before dissolving the government, Netanyahu introduced the 14 principles that would serve as the basis for his version of the nationality law. Several principles refer explicitly to Israel’s relationship to the Jewish Diaspora, including a provision to “strengthen the affinity between Israel and the Jewish communities of the Diaspora.”

It is therefore especially noteworthy that American Jewish organizations swiftly criticized the new law. “The proposed Jewish state bill is ill-conceived and ill-timed,” the American Jewish Committee declared. “It is troubling that some have sought to use the political process to promote an extreme agenda,” the Anti-Defamation League stated.

The reaction is consistent with the findings of a recent report about Diaspora opinion on Israel as a Jewish and democratic state.

Prepared by the Jewish People Policy Institute in anticipation of the current debate, the report found that most American Jews favor preserving Israel’s delicate balance between being Jewish and being democratic. It also reported widespread American Jewish criticism of discrimination against Israel’s Arab minority and the authority of the Orthodox rabbinate over marriage, divorce and burial.

The American Jewish establishment, recently blasted by liberal Zionists for its reluctance to challenge Israeli politicians, has spoken loudly and clearly.

On the question of Israel’s fundamental character, the establishment has aligned with the Israeli center-left. But will it make a difference?

Theodore Sasson, author of “The New American Zionism” (NYU Press, 2013), is a professor of Jewish studies at Middlebury College and a senior research scientist at the Cohen Center for Modern Jewish Studies at Brandeis University.

Will Israel Alienate the Diaspora With ‘Jewish State’ Push?