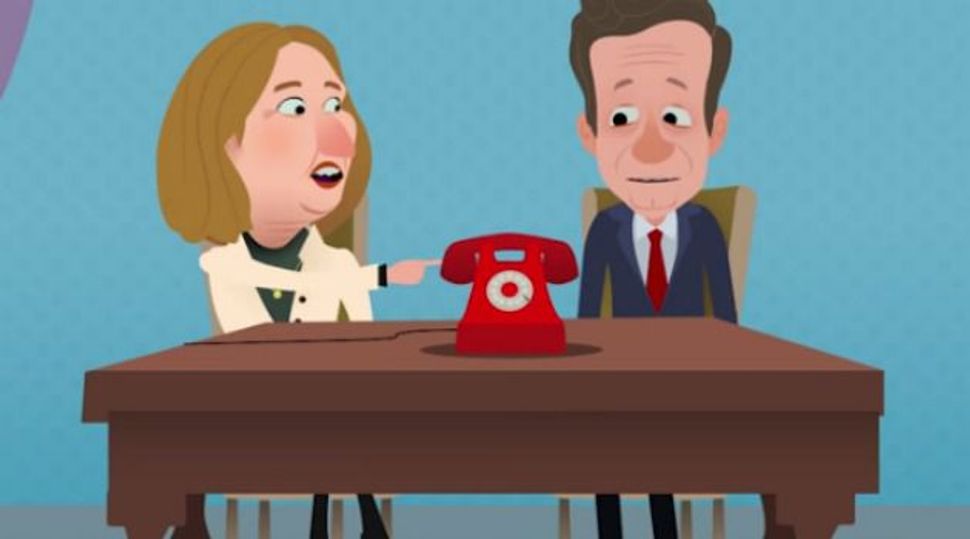 (JTA) — Remember that Hillary Clinton ad from 2008, the one where it’s 3 a.m. and the White House phone is ringing? The spot, an attempt to highlight Clinton’s superior experience compared to then Sen. Obama’s ostensible naivete, didn’t do much to save the Clinton campaign, which lost the Democratic primary that year.

But that hasn’t stopped Israeli Prime Minister Benjamin Netanyahu and two of his challengers from copying it.

Netanyahu is facing a strong challenge from the center-left alliance of Isaac Herzog and Tzipi Livni. In response, he’s telling voters that he’ll be dependable no matter what happens. But with two leaders at the helm, who knows?

One of his latest ads shows Herzog and Livni both avoiding a call from President Obama. Even if you don’t understand the Hebrew, the message is clear. 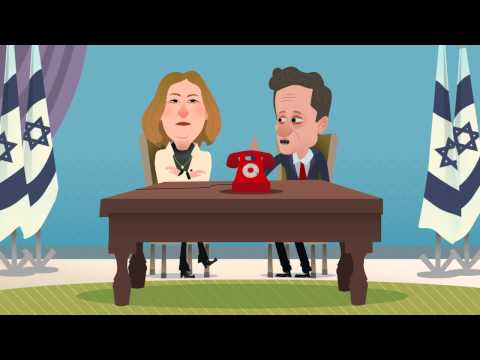 Herzog and Livni hit back with an ad telling Netanyahu, “The question isn’t who will answer the phone. The question is: Who’s going to call you?” A voiceover then mocks the prime minister for damaging relations with Europe and the United States and says, “Bibi no one in the world wants to talk to you anymore.”

Not one to let the fad pass it by, the newcomer centrist Koolanu party offered its own take. Playing on its pledge to reform Israel’s economy, Koolanu’s spot says that for ordinary Israelis, the scariest call comes not from world leaders but from Israel’s banks.