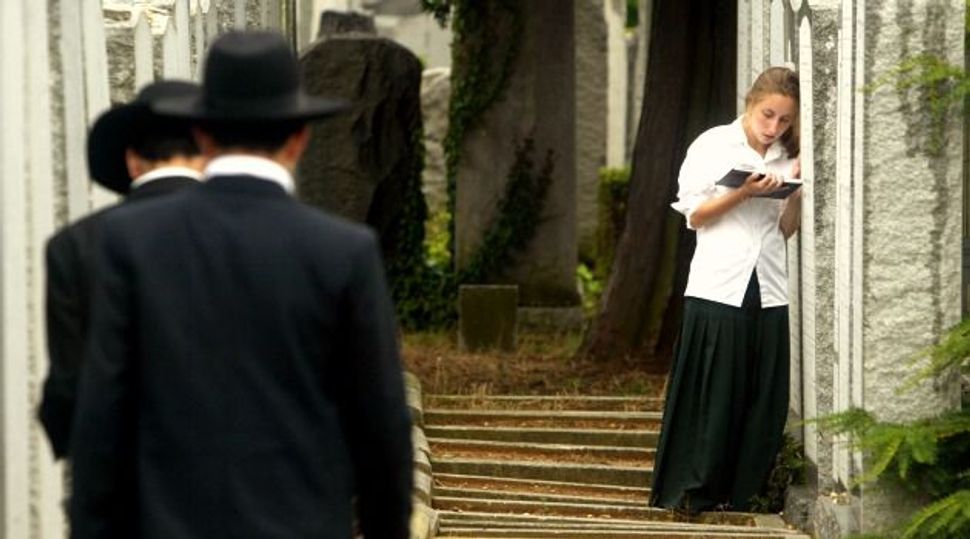 Reading the article was wrenching.

It was a first-person offering, on the website Kveller, by the non-Orthodox mother of a young woman who had adopted Jewish observance and in the process (at least in her mother’s telling) had jettisoned all respect for — apparently, all feeling for — her parents.

The mother described how her daughter had been all but kidnapped and brainwashed by a “fundamentalist ultra-Orthodox sect,” and that she only begrudgingly allowed her parents to attend her wedding. Her daughter’s Judaism, the writer contends, was “deeply intolerant,” demanding not only that the younger woman “follow an infinite number of rules, but also disassociate from all who were different. Even from her own parents.”

Those parents, in the mother’s testimony, bent over backward to accommodate their daughter’s new life. They bought her special kitchenware and offered her an oven and dishwasher to facilitate her observance of kashrut. They drove her to the homes of others for Shabbat and even, the mother writes, made donations to their daughter’s rabbi. “We even invited him to our home to hold weekly classes for us and a group of our friends,” she recounts. Although the mother was “not always pleased” with her daughter’s path, “We wanted to learn about what had so inspired” her. Still, her daughter acted, the mother asserts, in obnoxious ways toward her parents.

“What kind of people,” the mother wondered, “teach that in order to have a meaningful life, you must shun those who love you most?” After some research, she discovered that the “fundamentalist” group was part of an “enterprise, known as kiruv, or ‘bringing close’.”

Kiruv, of course, is a multifaceted effort to, yes, bring Jews closer to their religious heritage. But it is educational and nurturing, not malevolent and destructive. No kiruv group teaches any newly observant Jew to reject his or her family, and no responsible “kiruv professional” would ever gratuitously counsel a Jew to shun his or her family.

One may never judge any quarrel before hearing both sides, of course. And so perhaps the daughter at issue here has a very different version of the family history. Or perhaps she was or is an unbalanced individual. There are enough clues, at least in the mother’s telling, pointing to possible emotional problems in the mix. None of us can know and, frankly, it’s none of our business.

But, whatever actually happened or didn’t, what the mother described is appalling. And sharply painful to anyone, like me, who knows so many baalei teshuva, or “returnees” to traditional Jewish belief and practice, who are every bit as observant of the mitzvah of honoring one’s parents as they are of kashrut and Shabbat.

I asked one such person, whom I know well and who is himself now involved in kiruv, if he had come across cases like the one described by the Kveller writer. David told me that there are indeed times, although rare, when a baal teshuva may be psychologically compromised and unwittingly using Judaism to address deeper problems. And times when new religious observance, even when undertaken with the best intentions, can magnify pre-existing problems in a family.

But, he added, there are also times when parents take their son or daughter’s new religious direction personally, as a rejection of their own lives, and react negatively to their child’s choice, often blaming their child for uncommitted sins of disrespect.

In most cases, though, David said, even if there are initial family tensions born of things like observance of kashrut and Shabbat, baalei teshuva do not reject or resent their parentage, and do their best to assure their mothers and fathers of that fact. And accommodations and compromises are duly struck.

And in many cases, there is no tension to begin with. One such case is David’s. When he (and his sister and brother), who were raised by Jewishly-conscious but non-observant parents, became intrigued by observant Judaism, their parents were not upset. They had always told their children to follow their lights. Those lights, as it happened, took them to Israel, and eventually to Orthodox Jewish observance.

David’s parents found their children’s choices not problematic but inspiring. At one point David’s mother was asked to speak to a group of other parents whose children had embraced observance. She happily reassured them.

“There are very few mothers in Los Angeles,” she told them, “who can say that they have three children learning Torah in Israel. I take great pride in being one of those mothers.”

I have no statistics to offer, and so can’t claim that David’s family story is more normative than the tragedy of that of the Kveller writer. But it probably is — and it certainly should be.

And, on a personal note, I join David’s parents in their pride, since their grandchildren are my wife’s and mine too; David is our beloved son-in-law, and his folks are very dear to our daughter and to us.