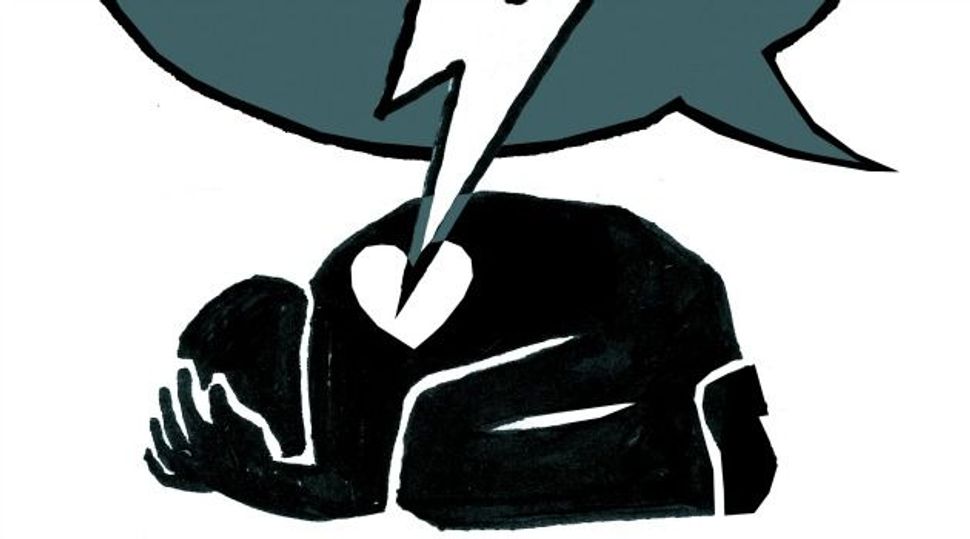 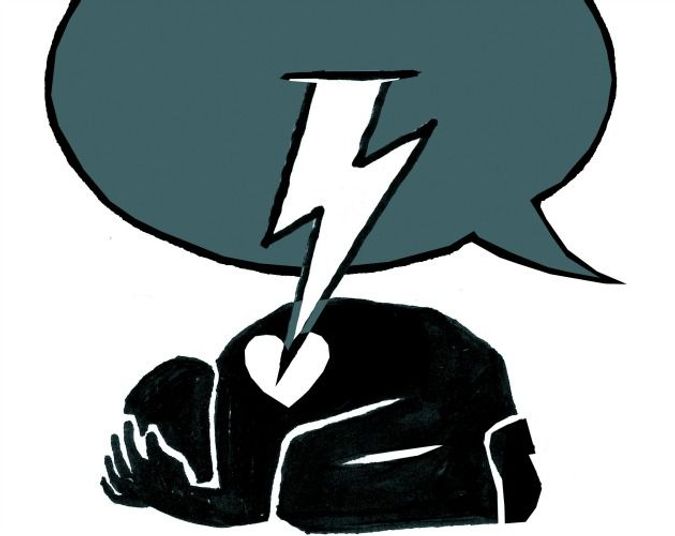 We in the liberal, pluralistic West are pretty smug about distancing ourselves from what appears to have motivated a couple of Muslim terrorists to massacre French cartoonists: responding to blasphemy. We don’t intuitively comprehend what is so terrible about poking fun at the Prophet Muhammad because ridiculing and challenging religious symbols is an accepted form of public discourse in many corners of 21st-century America. Even if we don’t feel comfortable with Charlie Hebdo’s extreme forms of satire, even if we don’t quite understand it, we’ll march for the right of those wicked pens to draw whatever they want.

Blasphemy laws — criminalizing anyone who holds God or the divine in contempt — are so Middle Ages. #JeSuisBlasph`eme.

And Michigan, Oklahoma, South Carolina and Wyoming, where anti-blasphemy statutes remain on the books.

Not to mention the 32 countries that, as of a 2012 study by the Pew Research Center’s Religion & Public Life Project, have laws criminalizing blasphemy. (Those 32, by the way, represent 16% of the 198 countries in the survey.) Many are in the Middle East and North Africa, places that are religiously hegemonic and not exactly fans of Jeffersonian democracy, but others on the list may surprise you. Denmark, Germany, Greece, Singapore, Poland, the Netherlands.

Ireland right now is roiled in public debate because its blasphemy law is mandated in the Constitution and can be eliminated only by public referendum, which may or may not occur this year. Blasphemy laws were abolished in England and Wales only in 2008.

And while we may unconsciously give into stereotypes and assume that the only nations actually imposing these ancient laws are those seeking to suppress anti-Muslim speech, that’s simply not the case. As cited in the Pew study, along with a Christian girl arrested in Pakistan for allegedly burning pages of a Quran, India used its law to threaten to prosecute a man who angered Catholics, while in Greece a man was charged with blasphemy for posting satirical references to an Orthodox Christian monk on Facebook. All in 2012.

With no iconic representation of the divine, no Jesus Christ or Muhammad, Jewish tradition is not as prone to that kind of prosecutorial overreach or, worse, the violence that was inflicted on Paris earlier in January. We do have our own form of blasphemy: Uttering God’s name, which tradition says is so holy it cannot be spoken. So afraid are we to pronounce it out loud that we routinely use a pseudonym (Adonai, my Lord.) To further guard against verbal desecration, some Jews use a pseudonym (HaShem, the name) for the pseudonym.

But that’s a custom, a religious injunction, without the force of civil law. What is so disturbing about the resilience of anti-blasphemy laws — and their close cousins, laws against defamation of religion, which are even more common — is not only the way they can be used and abused: it’s also that there’s no evidence that criminalizing speech, thought and belief in this way actually works.

“One of the first things to note is that blasphemy is a social offense,” said Sarah Barringer Gordon, a historian and law professor at the University of Pennsylvania. “God is not the one who is harmed or offended. The crime is against society. The followers are harmed. Blasphemy is socially-constructed by definition.”

The strong protections of the First Amendment thankfully inoculate the United States from federal blasphemy laws, but the persistence of state statutes is more than a punchline. Consider that in Massachusetts, the law makes it a crime to blaspheme “God by denying, cursing or (insulting) his creation, government or final judging… Jesus Christ… the Holy Ghost… or exposing to contempt and ridicule the holy scriptures.” Punishment has changed over the years; still, the violator can be thrown in jail for up to a year and incur a fine of up to $300.

After the Paris terrorist attacks, Robert Jakubowicz, a columnist for The Berkshire Eagle, argued that it was time for Massachusetts to swipe its law off the books as a way of showing international support for freedom of expression. It also would be, he argued, “a teaching moment about intolerance and the Puritans by removing the lingering stain of this intolerant anti-blasphemy law.” You think?

At least Massachusetts’s law hasn’t been used in many years. Not so in Pennsylvania — founded, ironically, as a beacon of religious tolerance — where as recently as 2007, a businessman was told that he violated a state anti-blasphemy law because he wanted to name his new film company “I Choose Hell Productions LLC.” He sued and won when, in 2010, a federal judge struck down the law, noting that the measure let state officials bar certain words “based on nothing but their own religious beliefs.”

The law was finally repealed last year. William Penn would be relieved.

Just to illustrate how some otherwise-enlightened nations still fear blasphemous speech, Ireland updated its law in 2009 with a broad definition of blasphemy and a punishment of up to 25,000 euros (about $29,000.) “So Irish law has now enshrined the notion that the taking of offence is more important than free expression,” Padraig Reidy wrote in the Guardian. The referendum on the law is still not scheduled.

The Pew Research Center’s work in this area has led to an important observation: Countries with laws against blasphemy, apostasy or defamation of religion also tend to have higher government restrictions on religion and higher social hostilities involving religion. Whether the laws breed hostility, or hostility encourages the laws, the connection is clear.

The impulse to outlaw blasphemy once reflected a need for social order and a belief that boundaries around the sacred can protect the sacred. We live in more fluid times, when government attempts to restrict beliefs usually backfire and when the task for a tolerant society is not to banish intolerance, but to learn to live with it by elevating and protecting the sacred — willingly.