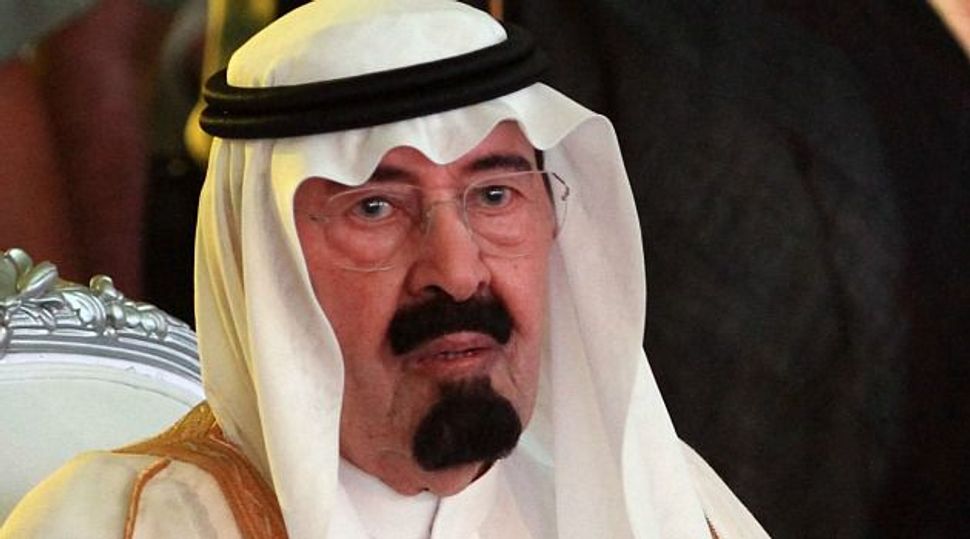 Saudi Arabia’s King Abdullah bin Abdulaziz Al Saud passed away on January 22 leaving a legacy of cautious, gradual reform in his own country and a key strategic relationship with the United States that, during his reign, at times was stretched almost to the breaking point. He also left his mark on the strategic landscape and future of the Middle East through his strategic positioning of Saudi Arabia in alliance with Egypt, a rivalry with Iran, and a thus-far unrequited opening to Israel.

The overture to Israel came in the form of the 2002 Arab Peace Initiative introduced by King Abdullah to the Arab League summit in Beirut. The proposal promised a complete normalization of relations between the Arab states and Israel in the context of a complete Israeli withdrawal from occupied Arab territory and a “just” and “agreed upon” solution to the problem of Palestinian refugees. It was adopted unanimously by the League in 2002, and reaffirmed unanimously in 2007.

Israeli leaders, both then and now, have dismissed the Initiative as a “non-starter,” often on the grounds that it represents a diktat or a fait accompli which Israel cannot accept. However, in 2013 a delegation of Arab states told Secretary of State John Kerry that the League was reviving the Initiative and that it had been modified to incorporate the principle of mutually-agreed-upon land swaps as part of its framework for a peace agreement. This strongly suggests that the Initiative, being subject to revisions, could be treated as the basis for negotiations rather than a non-negotiable diktat.

Unfortunately King Abdullah’s Initiative, like the rest of the Arab-Israeli peace process, appears to be in a state of deep hibernation at best. If, however, peace between Israel and the Palestinians is to be achieved it will have to be on the basis of some form or another of a two-state solution, and almost certainly involve the broader region. Therefore, in the long run, the often-overlooked and almost-forgotten Initiative introduced by King Abdullah in 2002 may one day be remembered as a significant intervention, and possibly even a key building block to peace.

On Saudi-American relations, King Abdallah most notably had to preside over, and manage, what was without doubt the greatest moment of tension between Saudi Arabia and the United States: the terrorist attacks of September 11, 2001. The outrage was carried out by 19 fanatics, 15 of whom were Saudis. It was impossible that this atrocity would not negatively impact American perceptions of Saudi Arabia, and not only at the level of popular culture. Many members of Congress and even some associated with the executive branch, publicly questioned the role Saudi society and culture – and its officially-approved and government-propagated Wahhabi version of Islam that is literalistic, rigid, frequently obscurantist and often intolerant – may have played in, at the very least, priming young Saudis to be drawn to Al Qaeda.

Those questions are not entirely resolved even to the present day. Doubts particularly swirl around a 28-page redacted section on the role of foreign governments of the Senate’s report into the 9/11 attacks, which are said by some to contain damaging, and possibly even damning, accusations about Saudi Arabia’s relationship with Al Qaeda. And some Americans are still bothered by the way in which prominent Saudis were whisked out of the United States at a time when very few other people were allowed to travel. In the initial period following the 9/11 attacks, allegedly Saudi complicity with Al Qaeda, and possibly even some measure of responsibility for the attacks themselves, became a commonplace in some sections of both liberal and conservative American discourse.

However, those American politicians and commentators who accused Saudi Arabia of being, in some way, behind either Al Qaeda in general, or the 9/11 attacks specifically, were never able to explain why any government would finance and support a movement whose primary aim is their own ouster and liquidation. The atmosphere began to clear considerably after a series of Al Qaeda attacks in Saudi Arabia in 2003-2004 illustrated this point, and led to a redoubled commitment by the Saudi government under King Abdullah to try to eradicate the organization.

Over the past decade, American counterterrorism officials and experts have almost unanimously regarded Saudi Arabia as a key ally in the battle against extremism and fanaticism. At the same time, Washington and its other Western allies pressed the Saudi government to reform its school curricula and find ways of encouraging its official clergy and religious institutions, which are well-funded and hence highly influential throughout the Muslim world, of toning down stridency, intolerance and extremism. Former CIA director Michael Hayden describe the extensive efforts initiated by King Abdullah’s government, and particularly its Interior Ministry, after 2003 as “perhaps the world’s most effective counterradicalization programs.”

With the rise of ISIS in Iraq and Syria last year, Saudi Arabia once again became a key ally against terrorism and joined the American-led campaign to “degrade and ultimately destroy” the extremist group. But U.S.-Saudi cooperation on counterterrorism has been undermined by Saudi perceptions that the United States is “tilting” towards Iran in an effort not just to achieve an agreement on nuclear weapons-related issues, but a broader rapprochement. King Abdullah had a long history of personally and emotionally criticizing American foreign policy, particularly the invasion of Iraq and the more recent diplomatic engagement with Iran.

The thaw with Tehran was so unnerving to Saudi Arabia that a series of unprecedented declarations by officials and prominent citizens were publicized to the effect that the kingdom was willing to “go it alone” without Washington. The emergence of ISIS as a major mutual threat last year appears to have at least muted such comments, even if it has not resolved the underlying concerns. To help offset these anxieties, King Abdullah led Saudi Arabia into an intensified alliance with Egypt under its new president, Abdel Fattah el-Sisi, that aims to counter the Islamist trend in Arab politics and shore up the Sunni Arab world against a perceived threat from Iran and its proxies.

Americans, perhaps, don’t sufficiently appreciate the extent to which Saudi Arabia has felt surrounded and besieged by enemies. With the fall of the Yemeni capital, and the surrender of its government to the Iranian-back Houthi rebels on the very day of King Abdullah’s death, this feeling has only intensified. Indeed, one of the last major initiatives instituted by the Saudi government before King Abdallah’s passing away was the initiation of a plan that has been developed since 2006 for a “northern border security project.” This is a euphemism for a giant series of fortresses, barriers and walls along the 600 mile border with Iraq designed to keep extremists and chaos away from the Saudi homeland.

Significant American concerns about Saudi policies haven’t been resolved either. While there is widespread acknowledgment that King Abdullah led significant efforts to counter radicalization, particularly within his own country, few consider the efforts thus far to have been sufficient. Under Abdullah, the Saudi government still allowed itself to be almost bullied by the religious right into cracking down on “un-Islamic” or “decadent” social events such as book fairs and similar otherwise innocuous events.

The late King emphasized educational reforms, and took limited steps to encourage a greater role for women in society including appointing some female government officials and allowing for coeducation at the university level. In 2001, he promised women the right to vote and run for the limited elected offices in the kingdom. But despite several public suggestions that he might dispense with this unique prohibition, Saudi women are still not allowed to drive. They remain subject to extraordinary restrictions and limitations that are onerous even by the standards of the rest of the Islamic world.

The recent controversy over the draconian sentence against liberal blogger Raif Badawi, which includes 1,000 lashes with a cane to be delivered in public (only the first 50 have actually been carried out), or the recent public beheading of a convicted murderer, again demonstrate the gulf between official Saudi perceptions and most of the rest of the world. Badawi’s case has been taken up by Amnesty International, and many of his supporters were hoping that King Abdullah would intervene personally with a pardon – an eventuality which would fit a long-standing pattern of royal “mercy” in recent Saudi history. These hopes now pass to Abdullah’s successor, King Salman.

While reforms under King Abdullah were limited and cautious, they did have some impact.

Among other things, there is an increasing pattern of prominent Saudis becoming far more publicly critical of official conduct. For example, last week the veteran Saudi journalist Khaled Almaeena complained in the New York Times that, “You reach a stage where you can’t defend the country… when someone is being lashed every Friday.”

As King Abdullah exits the stage, the floggings (and a wide range of related and analogous policies and practices) may be continuing. But the debate about their propriety is also intensifying. And that, at least, helps to set the stage for more far-reaching changes in the future.

Hussein Ibish is a senior fellow at the American Task Force on Palestine. He blogs at Ibishblog.com.