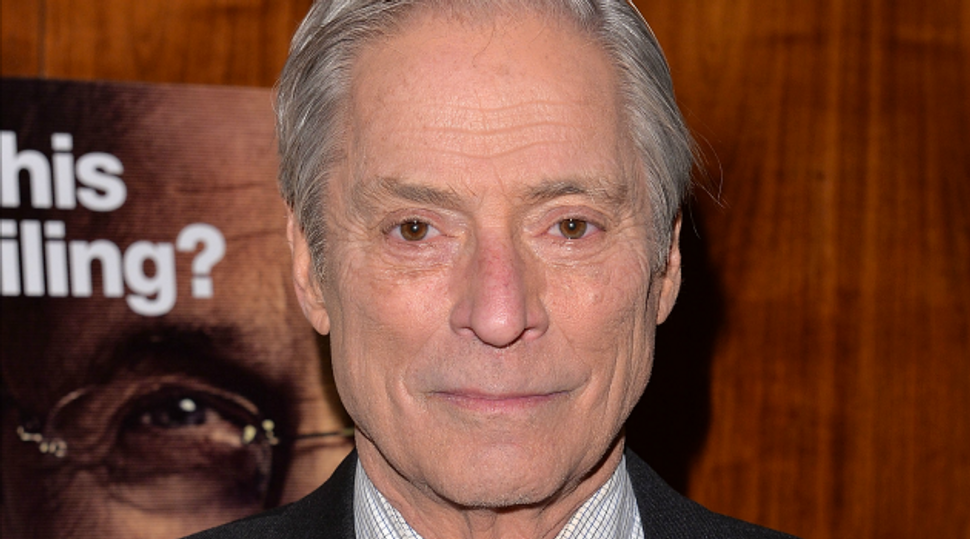 Journalist Bob Simon, who died last night in a car accident, had a brush with death almost 25 years earlier.

As a prisoner of the Iraqis, during the first Persian Gulf War, he worried “his Jewishness might cost him his life,” JTA reported in this 1991 article:

CBS News correspondent Bob Simon was worried that his Jewishness might cost him his life during the six weeks he and three colleagues were prisoners of the Iraqis while the Persian Gulf war raged.

“I thought my number was up when they started accusing me of being a member of Mossad,” the Israeli intelligence service, said Simon, who is normally based in Tel Aviv.

He said his captors “kept shouting ‘Yehudi, Yehudi’ at me.

“I was more worried about my Jewishness than my Tel Aviv posting,” the American newsman told reporters at the Humana Wellington Hospital in northwest London, where he was admitted for medical checkups and treatment.

Simon and three members of his television crew were captured by an Iraqi patrol on the Saudi-Kuwaiti border four days after the Gulf war started Jan. 17. They were released Saturday.

Simon said that after their capture, the four men were taken to the southern Iraqi city of Basra, where they were brutally beaten, and then to an army prison camp for eight days, where discipline was severe but some kindness was shown. Afterward they were put in solitary confinement and interrogated for 24 days.

“An army guy, a captain — he had two stars, which is a captain in the Iraqi army — he grabbed me by the face, forced my mouth open and said, ‘Yehudi, Yehudi,’ which means Jewish, and then spit at me and slapped me. This sixth instinct that every anti-Semite has ever had — ‘Jew, dirty Jew.’