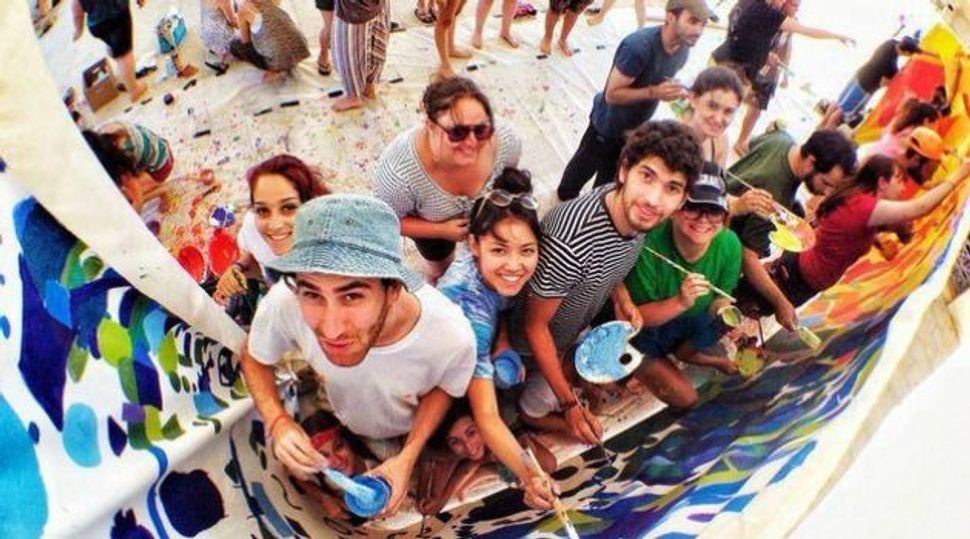 Taglit-Birthright Israel is a truly remarkable invention of contemporary Jewry. The offer of a cost-free 10-day trip to Israel — conceived of as the “birthright” of every Jewish young person — has brought hundreds of thousands of college-aged Jews to Israel.

Research by Len Saxe and his colleagues at Brandeis University’s Cohen Center for Modern Jewish Studies has attested to numerous positive outcomes. Among them are higher rates of in-marriage, more attachment to Israel and frequent return trips there.

Since its inception in 1999, the program has generated a stunning breadth of support across the ideological spectrum. Originally conceived by Yossi Beilin, a former minister in the Israeli government and a peace activist, Birthright was brought to fruition by philanthropists Charles Bronfman and Michael Steinhardt. Today, Sheldon Adelson is the program’s lead philanthropic benefactor. Any Jewish endeavor whose supporters range from Beilin to Adelson has a lot to say for itself.

Until recently, Birthright’s protocol limited eligibility to those who had never experienced prior educational trips to Israel, such as those offered to high school students by synagogues, Zionist youth movements, local federations and individual philanthropists. For years, these sponsors have argued that Birthright, with all its value and attraction, was having an adverse effect on their enrollment: If parents know their children can get a free trip if they are in the age range of 18–26, why spend thousands of dollars to send one’s 16- or 17-year old on a high school trip?

Recently, Birthright removed this eligibility barrier. That means that young adults age 18–26 who once traveled to Israel with such high school trip organizers as NFTY, USY, NCSY, Young Judaea, Habonim and BBYO will still be able to go on Birthright.

But if the point is to encourage Jewish teens to visit Israel on educational programs, why stop there? Why not offer teens a chance to use their one-time Birthright subsidy (worth about $3,000) before they start their undergraduate studies? Given the limited resources, it makes sense to limit the Birthright subsidy to one per customer. (And let’s not forget: These “customers” are our children and grandchildren.) Why not also facilitate those willing and able to travel to Israel somewhat earlier in their lives to do so? We have a lot of reasons for wanting to see more teens on organized educational trips to Israel. One is that all available studies of the impact of Israel travel point in the same direction: Visiting Israel produces elevated measures of Jewish involvement and engagement. In just the past six months, I’ve undertaken studies of the alumni of two teen trip programs that underscored the by now familiar pattern.

For example, in the study of the Robert I. Lappin Foundation’s Youth To Israel program, Ezra Kopelowitz and I learned that of the married alumni — all of whom originated from nearly two dozen small towns north of Boston — 72% had married Jews. In contrast, using the recently conducted Pew Research Center study as a comparison group, we calculated for young adults with Jewish educational and parental backgrounds resembling “Lappin’s kids” just 50% had married Jews. Using the same techniques, Birthright alumni scored even better — but the point is that the high school trip worked very well.

And in a study of the alumni of NCSY’s Anne Sanson Jerusalem Journey program for high school teens, we found that its non-Orthodox alumni out-scored all statistically adjusted comparison groups on all available Jewish identity measures, from having mostly Jewish friends to feeling attached to Israel.

But aside from the identity-enhancement benefits of Israel travel, another compelling reason has emerged for boosting teenage travel to Israel. Recently, and especially over the past year, the image and profile of Israel has been taking a beating on the college campus. Some students and faculty, questioning the very legitimacy of the Jewish state, have called for boycotting Israeli investments, products, professors and students. Anti-Israel activists have sought to exclude or silence pro-Israel speakers.

In these contentious environments, the presence of students who have experienced Israel firsthand is absolutely critical — both for themselves and for their universities. They can speak authoritatively about the Israel they have seen. And what’s more, they’re the ones most likely to become involved in Israel-related activity on campus. Both American Jewry and Israel have much to gain by bringing the benefits of Birthright to this younger group of students.