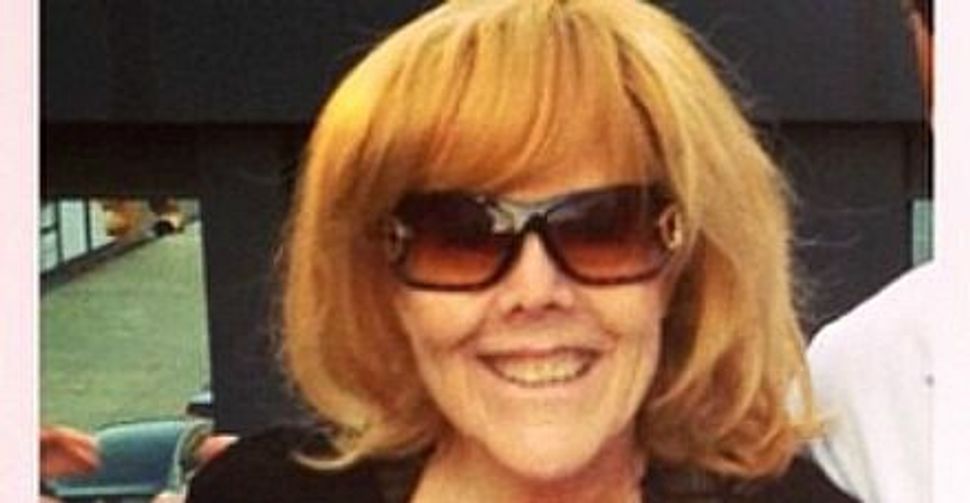 Last November, Kate Siegel decided to create an Instagram account called “Crazy Jewish Mom” in order to share private iMessages from her mother. She’d been sharing them with her friends, who found them funny, so she decided to take them to the internet. Now she has more than 370,000 followers.

“Happy birthday Spawn. Welcome to the wrong side of 25. The expiration date on your eggs is officially in sight. Tick tock.”

“Kate I sat next to the nicest young man at Starbucks today. Yale. Lawyer. I showed him your Facebook picture and gave him your number.”

“I’m at bloomingdales and am buying you a gorgeous black Theory dress. I don’t know if a size two will fit you right now (maybe not based on the most recent pic you sent me) but thats (sic) the size i’m buying for you.”

Kate’s mom sends dozens of messages, sometimes that many in a single day, to her daughter — and sites all over the world have been commenting on it. In almost every case, these articles regard the outrageous texts as nothing more than humorous banter.

But something about this just doesn’t sit right with me. And I can’t keep quiet about it any longer.

How a parent chooses to speak to his or her child is, of course, a personal matter. The mother in this case speaks horridly to her daughter. Her statements are insulting and demeaning. It might be that this is simply the personal repartee between this particular mother-daughter duo, but it should be kept to the private realm and not serve as fodder for the entire world.

Kate’s mom is aware that her text messages are being posted, but Kate acknowledges that her mother doesn’t really grasp the scope of the internet.

With comments like “I thought my mom was stifling, but she’s nothing like this crazy loon” being bandied about, I suspect that there’s a certain amount of schadenfreude activated in those who find the mother funny. And while there are thousands of people who do find the mom hysterical, there are just as many who are saying terrible things about her.

“Crazy Jewish Mom,” with the mother’s focus on body image, marriage, child-bearing — all in the name of love — only reinforces the negative stereotypes about Jewish mothers. There’s a difference between the mother who wants her daughter to find a fulfilling and loving marriage and the one who constantly harps on the subject even while the daughter is involved with someone.

In the comment sections of these articles, many people focus on the Jewish nature of this particular mother and compare her, not favorably, to fictional Jewish mothers. Using the word “Jewish” in the name of the Instagram account just perpetuates Jewish stereotypes about the overbearing, mean-spirited mother.

Yet the constant litany of comments about Kate’s weight and physical appearance are unhealthy. The assumption that this mother is doing this from a place of love unfortunately only serves to reinforce the behavior of an abuser. How often does an abuser say things like, “if only you weren’t such a fat slob, I wouldn’t have to hit you, insult you, sleep around, etc?” What this mother is doing, with her non-stop message that her daughter is not thin enough, not pretty enough, not good enough, is emotional abuse.

And that is not funny.

It’s time to take a serious look at the damage the “Crazy Jewish Mom” is doing to her own daughter and to all of our daughters, and not just write it off as humor. Making critical comments about Kate’s looks and her never-ending efforts to set Kate up with an eligible bachelor only serves to reinforce the notion that Jewish mothers are meddling and that one’s happiness is dependent on someone else’s definition of perfect.