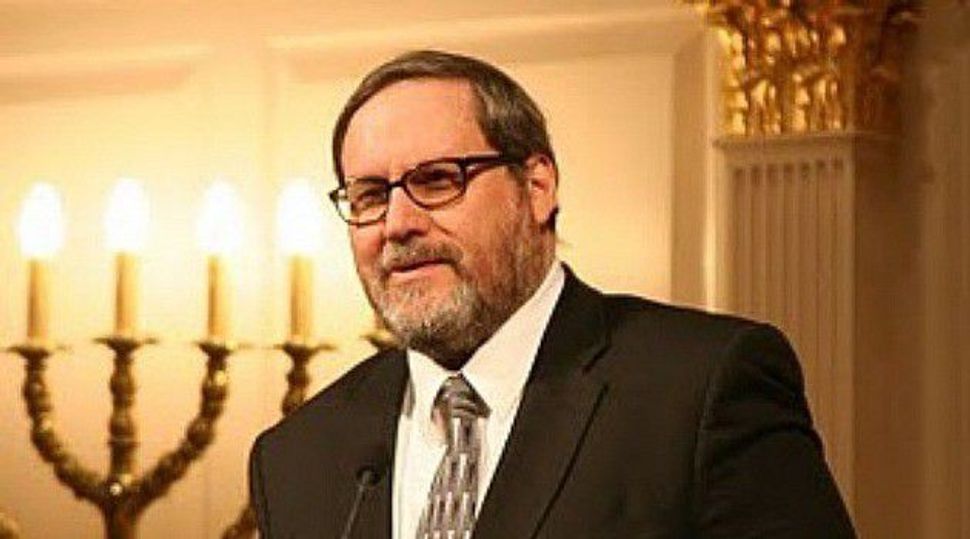 Now that Rabbi Barry Freundel has pleaded guilty to peeping at 52 women while they went to the mikveh — prosecutors say he spied on 100 more women, but outside the statute of limitations — we finally can take off the qualifiers and accept that he is guilty. And that means we can begin some much-needed, and largely absent, soul-searching.

One hopes that it is only the delay in legally establishing

Freundel’s guilt that has caused some of his most ardent supporters (prior to the scandal) to remain so uncharacteristically silent.

There are, I think, two categories of such people: those with institutional positions, and those who considered Freundel their teacher and friend.

Among those in the former category are the Orthodox rabbinic umbrella organization the Rabbinical Council of America, and those in leadership positions at Kesher Israel. Here, the discourse is like that of other scandals: who knew what, when; what could have been done differently; what policies are being changed.

Because these are familiar dynamics, and because others have written about them already, they are of secondary interest to me. Soon after the allegations surfaced, the RCA provided a (hopefully exhaustive) account of complaints it had received about Freundel. If that account is complete, it doesn’t amount to much.

To be sure, there are still unanswered questions. It is rumored that Freundel had several external hard drives filled with videos of women from the mikveh who are visible in his office at Towson University. Is it really plausible that no one ever noticed or asked about them? Has the RCA really done enough to protect women in the conversion process? Really — did no one suspect, investigate or ask? But at this moment, I’m more interested in the high-wattage men who regarded Freundel as a friend, teacher and leader.

When I lived in Washington, I attended Kesher Israel regularly. It was a thrill to sit behind Senator Joseph Lieberman, Leon Wieseltier and other luminaries of the American Jewish scene. They and many others took pride in articulating a literate, intelligent Modern Orthodox Jewish sensibility — and Freundel was an exemplar of it.

And whether or not Freundel really coined the phrase “family values,”,his was also a powerful voice among neoconservatives and moderates.

All this time, he was a sex offender, a fraud and a pervert.

How can some of our community’s leading (if self-appointed) cultural sages lionize and valorize someone who, in fact, they didn’t really know that well? Spiritual leaders are not like political or business leaders, with private lives sequestered from their public personae (if that is even true for politicians anymore). They are meant to walk the walk and talk the talk. Think of those Hasidic tales where the Hasid wants to learn how the rebbe ties his shoes. Or of the racier talmudic version, where Rabbi Nachman Kahana hides under Rav’s bed, saying “This, too, is Torah I need to learn.”

That story of rabbinic voyeurism leaves an uncomfortable taste today, but part of its meaning, I think, is that a rabbi’s character counts, that the rabbi’s teachings are not confined to the pulpit, that his entire life is his Torah.

I suppose Freundel was a very good liar. It’s easy to look at a bad photo of him today (especially one that makes light of his partial facial paralysis — a cheap shot that editors should be ashamed of) and see a pervert. But many good people were duped by him, and, rightly, feel betrayed.

Yet I also wonder what criteria we use to evaluate our spiritual leaders when a serial sex offender can sneak past them.

This, too, should have been visible in plain view to anyone who worked closely with Freundel.

One wonders if the highly self-congratulatory nature of the D.C. Jewish intelligentsia — which prides itself on saying important things, generally to other old straight white men — enabled the selective blindness that, in turn, enabled Freundel. This small circle of elites is an echo chamber — one with access to power, but an echo chamber nonetheless, in which elites anointed other elites. There is some original thinking in this community, but there’s also a lot of old, rich, straight, white male bloviating, as the rest of us watched in the New Republic debacle. There’s more privilege than quality.

Giving erudite speeches about conservative moral values does not a spiritual hero make. Nor do the layers of posturing and rhetoric that squat, like painted facades, atop an unknown interior. Nor does the intoxicating aroma of power that wafts through Kesher Israel and places like it. It can seem, downing a shot of whiskey with someone of influence, that you are in the presence of greatness. Really, you are only in the presence of power.

Yes, Freundel had secrets, but if his followers really had no inkling of them, they must not have been looking in the right place.