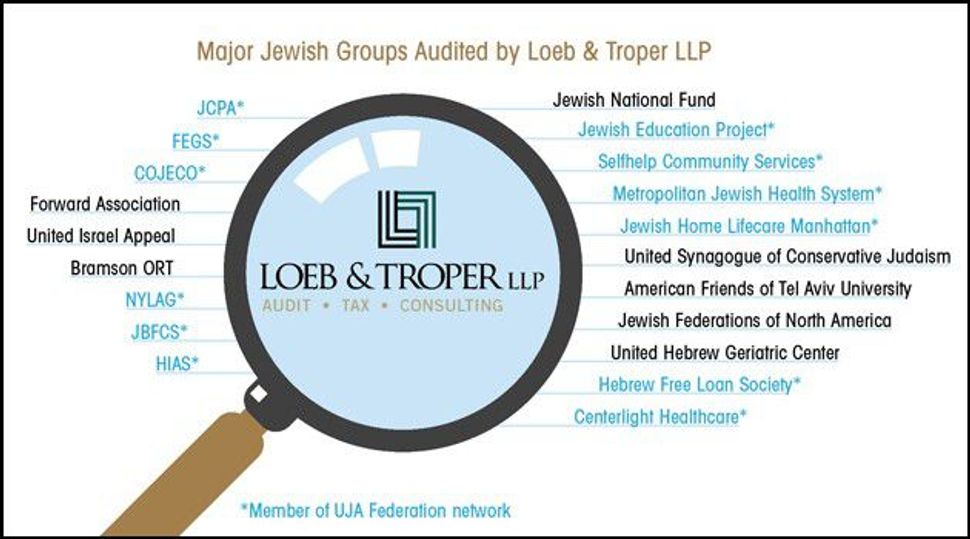 Earlier this week, the Forward ran my story on a small New York accounting firm that audits a ton of Jewish charities — including two that have faced recent scandals.

A tipster called today to tell me about a third scandal-wracked Loeb & Troper client: YAI, a tremendous New York charity that provides housing and other services to the developmentally disabled.

In 2011, the U.S. Attorney’s office in Manhattan accused YAI of filing false fiscal reports with New York state as part of a eleven year Medicaid fraud. YAI agreed to pay $18 million to New York and the federal government but did not admit wrongdoing.

Loeb & Troper audited YAI during the period covered by the allegations, according to state and federal filings. YAI’s most recent financial report was audited by the accounting firm Grassi & Co.

An expose published by the New York Times seven months after the settlement found that the two most senior executives at YAI, brothers Philip and Joel Levy, earned exorbinant salaries and billed personal expenses to the group. Among other things, the Times reported that Philip Levy had YAI pay $50,400 to help his daughter, a graduate student, buy a Greenwhich Village apartment.

Both brothers left the organization shortly before the Times story was published.

My original Forward report missed YAI, in part, because it’s not a Jewish organization. Aware of any other Loeb & Troper clients I should know about? Send me an email: [email protected]