If Jewish Seminaries Are Empty, Let’s Merge Them 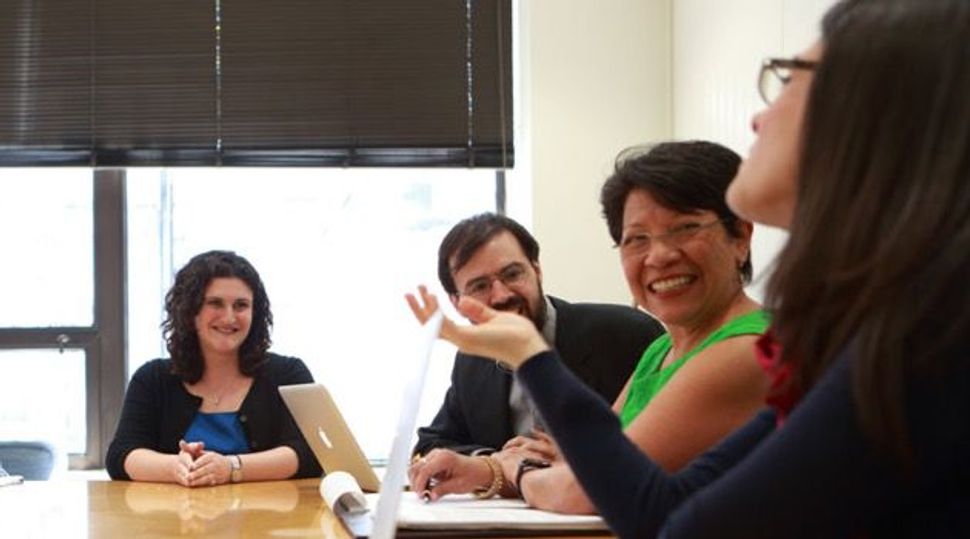 A recent Forward article asked a provocative and troubling question: “Where Are All the Non-Orthodox Rabbis?” It pointed to a steep decline in enrollment at non-Orthodox rabbinical schools, which should prompt some new thinking.

Here’s a start: Why not merge the Reform and Conservative seminaries?

Last year, the non-Orthodox rabbinical schools admitted fewer than 100 students for training on a total of seven campuses in New York, Los Angeles, Cincinnati, Boston and Philadelphia. The real estate value of Hebrew Union College and the Jewish Theological Seminary alone exceeds $200 million. Add in all the other schools and the number is staggering. Is this any longer justifiable given the size of rabbinic classes and continuing trends away from denominationalism? Why not train students together — putting pluralism into practice — in a way that is reflective of the diversity of Jewish life and expression today?

Such a move would allow us to focus on these priorities. On top of that, the century-old denominational model on which these seminaries are built is simply outmoded, burning fuel needlessly on roads that have run their course.

The broad spectrum of observance we have today was unforeseen a century ago. Rabbinic education now centers on providing meaning to people’s lives, connection to community and spiritual truths. Rabbis are community leaders and organizers, spiritual teachers and pastoral caregivers, serving Jews and those from all walks of life seeking Judaism. They are no longer paragons of theological purity but must be open and responsive to a Jewish world with two centers of equal and forceful demographic gravity: America and Israel.

A merged rabbinic program would certainly, in the short term, respect denominational distinctions. Those committed to serving under the movement flag could choose specialization tracks in theology and Reform or Conservative practice. But the whole is most important, especially when rabbinic learning is rooted in the multi-vocal and expressively diverse Jewish sources that have informed Jewish spiritual life for generations. In this merged institution, learning begins in Jerusalem, our spiritual center for millennia and today the capital of the largest Jewish majority home in the world.

Faculty and students of varied levels of practice and outlook would combine the very best academic and philosophical minds, along with thought leaders in psychology, education and community organizing. Classic texts, contemporary approaches and responses to the issues of utmost importance to today’s Jewish communities around the world would be predicated on the basic principle: There is more that unites us than divides us. Let’s embrace that now.

A hundred years ago, Jewish American religious life was divided among the movements — Reform, Conservative and Orthodox. Secular Jews thrived within a Yiddish culture that until World War I produced countless publications, including six dailies in New York.

Today, the state of Israel is the largest Jewish population center; European Jewry faces new waves of anti-Semitism; and the American Jewish world, which conducts its business in English, is deeply pluralistic, highly intermarried, and embraces the multiplicity of choice and expression that is a hallmark of our own times. Are we training rabbis correctly for this new reality?

Denominational labels mean less than affiliation based on neighborhood proximity, warmth and dynamism of the community, a connection with spiritual leadership, and cost of membership dues.

Demographers demonstrate these trends. The Pew Research Center’s report “‘Nones’ on the Rise” showed that 20% of all American adults are religiously unaffiliated, a number that jumps to more than a third of all Americans under 30. When looking at the Jewish community in particular, Pew set off alarms in Jewish religious denominational circles: 62% of American Jews identify primarily through the lenses of “ancestry and culture,” not religion; 35% are Reform; 18% are Conservative; and a full 30% identify with no particular denomination. Further, there is a high rate of “denominational switching,” traveling among the movements, picking and choosing. Increased secularization, choice, openness and individuality have decisively trumped the 19th-century idea of how Jewish communities should be structured. The people are voting with their feet.

Twenty-first century Jews are practical. With Reform Jews keeping kosher; Conservative Jews ordaining gays and lesbians; and Modern Orthodox Jews expanding the roles of women in spiritual life, a great melding of thought and practice has occurred. Classical American, post-Enlightenment, democratic liberalism has proven irresistible to most. Our structures are more horizontal than vertical; non-hierarchical affinity groups are replacing membership and dues-based affiliation; and autonomy and choice rule the day. We live in complex webs of interconnectivity. According to Pew, remembering the Holocaust; working for justice and equality; leading an ethical life; being intellectually curious; caring about Israel; and even having a sense of humor are more critical to Jewish identity than movement affiliation or membership in a synagogue.

Times and circumstances have changed, and our communal strategies ought to be adaptive.

So we certainly should not abandon the synagogue — since the Roman destruction of Jerusalem in 70 C.E., the synagogue has endured, central to the preservation of Jewish life. But our community’s training institutions are consuming precious resources that can be better and more wisely spent, and should be restructured to reflect the inherent dynamism of our pluralistic Jewish life.

The reckoning of this new Jewish reality has the same wealth of potential as did the disruptions and dislocations that the Jewish people faced a century ago. With limitless creativity and ingenuity, a prior generation of leaders forged a new Jewish identity in America and Israel that has brought us to this moment of confrontation with ourselves and our future.

Radical thinking and fearless vision in the face of crisis have always sustained us as a people. The way forward, if we dare to be as bold as those who came before us, can reveal seeds of renewal, new light, and hope.

If Jewish Seminaries Are Empty, Let’s Merge Them