Why I Will Not Simply Accept Intermarriage 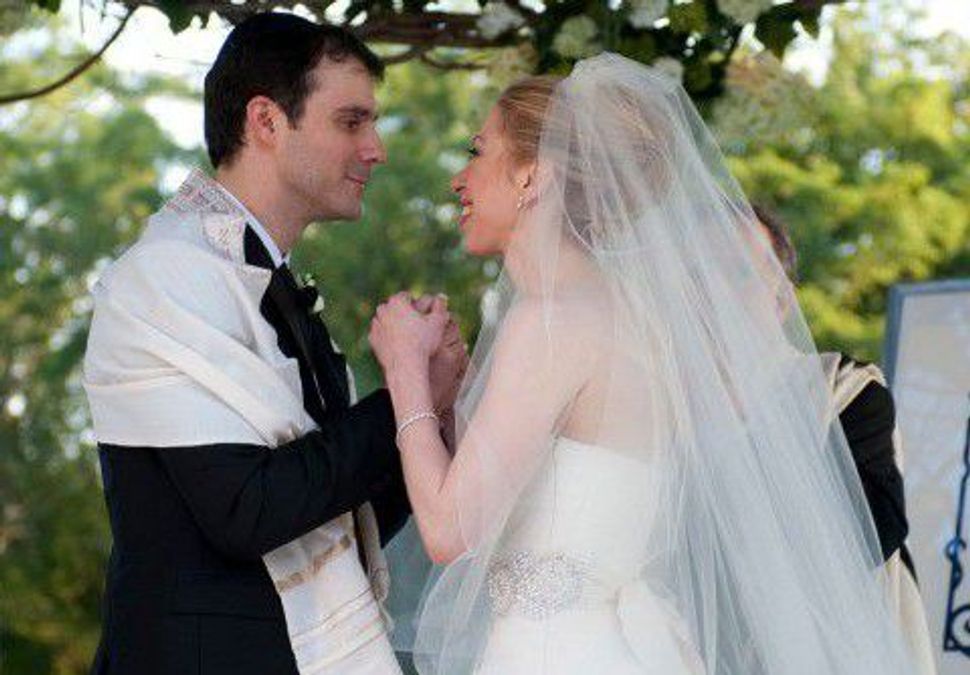 Over the past two years, influential Conservative rabbis have begun flirting with performing intermarriages and with relaxing conversion standards, or at least wringing their hands at Judaism’s traditional endogamy norm and the distress it is causing interfaith families.

Given pervasive intermarriage — 58% of all American Jews marrying since 2000 wed gentiles — it may seem improbable that my colleagues in the Conservative rabbinate will resist the tide indefinitely. But I hope we do. Conservative Judaism would be strengthened if we continue to insist that the integrity of Jewish marriages demands that both partners commit to living as Jews.

I don’t insist on endogamy because of any reactionary instincts. I enthusiastically support liberal policies on homosexuality and gender equality, even though these reject traditional norms.

Instead, this Conservative rabbi asks: What would my Judaism look like if I took a more liberal approach to intermarriage?

It seems to me that those flirting with more permissive policies emphasize what should be marginal and ignore what should be central. Like all good liberals, they want to make people feel affirmed and happy, which are worthy enough goals. But they focus too much on individual choices and not enough on shared community.

I understand why rabbis want to say yes to Bridget and Bernie (characters in a topical 1970s sitcom, young’uns). Most rabbis are nice people who would rather celebrate than disappoint our congregants. Also, let’s be honest: Community rabbis live and die by our relationships. So besides our emotional bonds and ethical instincts, we have a vested interest in making congregants happy. It hurts to say no to Bernie’s parents, especially if they decamp for the Reform synagogue.

Those who favor performing intermarriages insist that this step would make the Jewish community warmer and more accessible. No matter how nicely you say it, declining to perform someone’s wedding implies a cruel rejection. Better to perform the intermarriage, advocates say, in order to draw the couple toward more Jewish experience, fellowship and education for their kids down the road.

Moreover, we Americans are a romantic breed. Love is all you need, isn’t it? If human love is “as holy as it gets,” as Berkeley’s Rabbi Menachem Creditor recently told The New York Times, then rejecting a couple’s marriage because one partner is the wrong religion seems, well, monumentally unholy, not to mention bigoted.

If “love” and “openness” seem persuasive, it is because they have to do with individual fulfillment, not religious community. We are 21st-century Americans, great-grandchildren of the Enlightenment who value liberty and the pursuit of happiness. People flourish only when they are free.

As important as freedom is, however, classical Judaism orients by a different compass. Inherited Judaism is meaningful thanks to its shared norms, shared responsibilities and shared aspirations, derived from a common past, pointing toward a common future. We’ve always known that individuals are atoms, but only when we are part of a molecule can the Jewish family confer that sense of shared history and destiny.

That’s why Conservative Jews, at least, dare not worship at that American shrine of “whatever is best for you.” Our tradition calls us instead to take on shared norms to honor our shared past and advance toward our shared future. To intermarrying couples, I would say something like this:

Judaism is a covenant among our people and between God and us. It’s demanding. But that’s what makes it deep. Please link your individual lives to this eternal community, which is bigger than us and devoted to loftier missions than our own happiness (though we want you to be happy). To those not born Jewish, please join our people. Make our history and destiny your own. If you choose not to join right now, don’t worry, we will wait for you, and hope one day you’ll wish to join your spouse and children. For now, have a civil wedding, and we’ll wish you mazel tov.

There is nothing immoral in marrying gentiles. It doesn’t make you a bad person. But extra burdens and additional obstacles do make it more difficult for interfaith families to keep Israel’s covenant. Not impossible, but hard. The only way to succeed is to venerate the covenant and your membership in it.

Yet by offering an interfaith couple some form of Jewish wedding, rabbis communicate instead that Jewish tradition is a beautiful, profound spiritual resource from which individuals may sample when it adds the right note that enhances their personal lives. That’s true, but not sufficient. For while a nonconverting gentile spouse could say that her Jewish wedding ceremony pleased her spouse or her in-laws, or was lovely, it cannot be her own, and so it cannot summon her to join our shared past, shared future and shared mission.

As a heterodox but halachic Jew, I hasten to add that traditional norms are not necessarily the best ones. I celebrate my movement’s radical transformations on gender equality and sexuality — not because they widened the sphere of freedom and privacy for women and gay men and lesbians to pursue their happiness, but because they helped people fulfill the covenant better, enabling more Jews to do more mitzvot and build better families.

Celebrating interfaith weddings cannot clear that bar. It would instead diminish a sacred covenantal tradition, and risk making liberal Judaism into a jumble of traditional gestures that might please individuals but demand nothing from them.

Can there be any clearer example of such dilettantism than a recent report about an interfaith couple so serious about their respective faiths that during Passover they take Catholic communion together over consecrated matzo? That makes them neither observant Jews nor part of the Body of Christ. It just makes them incoherent.

In the end, intermarriage is not the problem, and rabbinic officiation is no solution. The question is whether we rabbis offer only the relatively scanty promise that Judaism can enrich our lives, or teach that there can be no Judaism without the covenantal community of Jews.

Jeremy Kalmanofsky is a rabbi at Ansche Chesed, in Manhattan.

Why I Will Not Simply Accept Intermarriage