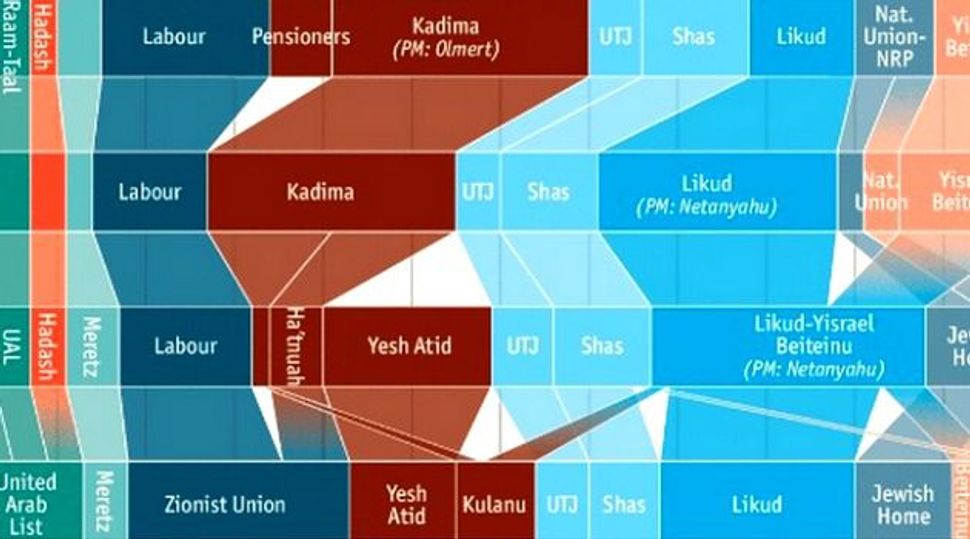 If you want to see in one shot why many Israel observers are tearing their hair out in response to the country’s electoral process, feast your eyes on this cool infographic from the Economist.

The chart shows the breakdown of each election since 1949 until the projected results of tomorrow’s vote. At the top are election years dominated by the mega party of Mapai, and after 1973 by Labor and Likud, each taking equally large chunks. But by the mid-1990s we begin to see the situation that has led today to a feeling of paralysis — lots of smaller parties each biting off sizable fractions out of the total of 120 seats, but no one winning more than 30.

If there’s a case to be made for electoral reform, this pretty much captures it.