Left or Right, Election Is Day at Beach 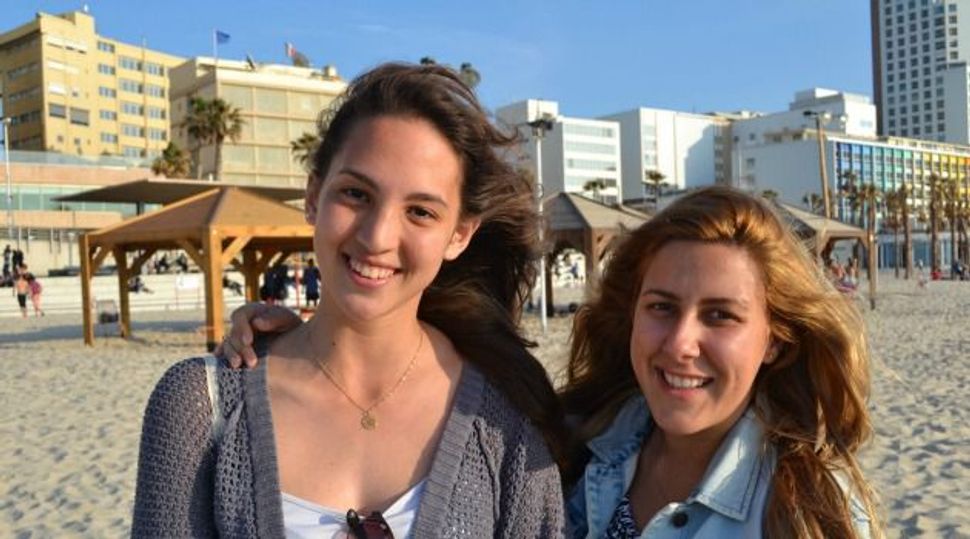 In Israel, election day is a holiday. And in Tel Aviv, voters traditionally hit the beach after they go to the polls — whether they vote for left or right wing or anything in between.

“The day started with coffee, very early, then we went to vote, and then we came to the beach to relax,” said Sagi, a 39-year-old startup worker with a shaved head and sunglasses who was sipping on a Goldstar beer on the beach with his cousin, Lior. The cousins asked not to include their last names for privacy reasons. “Israelis need a day off after we choose.”

Gordon Beach, in north Tel Aviv, was packed with visitors, even though it wasn’t quite beach weather. Teenagers smoked hookah on blankets while people played volleyball and ping pong in the sand. Unlike urban Tel Aviv, nary a political poster was in sight.

Sagi voted for Naftali Bennett, of the far right Jewish Home party. “Why? I believe in his way.”

It was true: Lior’s vote went to Isaac Herzog’s Zionist Union. “Why? Because of his name, it’s easy to pronounce: ‘Bougie.’ And second of all, he loves Arabs,” he joked. “I think we need a change. I don’t really have a good explanation.”

“I rest my case,” said Sagi. “They don’t have a good explanation.”

Further down the beach, Martina Bialek, another Herzog supporter sat with her friend Or Amar, 21, who voted for Meretz. Bialek, a 23-year-old social media editor who came to Israel from Argentina explained why her vote went to the Zionist Union. “Well, it’s funny. See, the first time I voted in Israel I voted for Bibi,” she said. But after Israel’s summer war with Gaza, her view on the prime minister soured. “I voted right and it wasn’t what I expected. I wanted a change and I thought Herzog was the closest to my views.”

What did she hope for Israel’s future?

“I don’t think peace will come at the moment,” said Amar. “There are people in Israel who don’t get human rights. There should be less of a focus on security than on quality of life.”

Nearby, Magal Harziv had come to the beach to let his dog dry off in the sun. He had just given it a bath. Harziv, a 26-year-old engineering student, was also a Herzog supporter. “In Hebrew, we say ‘Just not Bibi.’ Rak lo Bibi,” he said. “The society in which we live — we have a huge cost of living. There is a big feeling of no hope, no future.”

“We are craving a change.”

For his friend, 26-year-old Amir Egber, part of the problem was that election day is a day off. He works in the family business importing and exporting security systems, and he had to pay his employees for the free day.

“To vote it takes five minutes. I don’t know why we have to take the whole day.”

Left or Right, Election Is Day at Beach