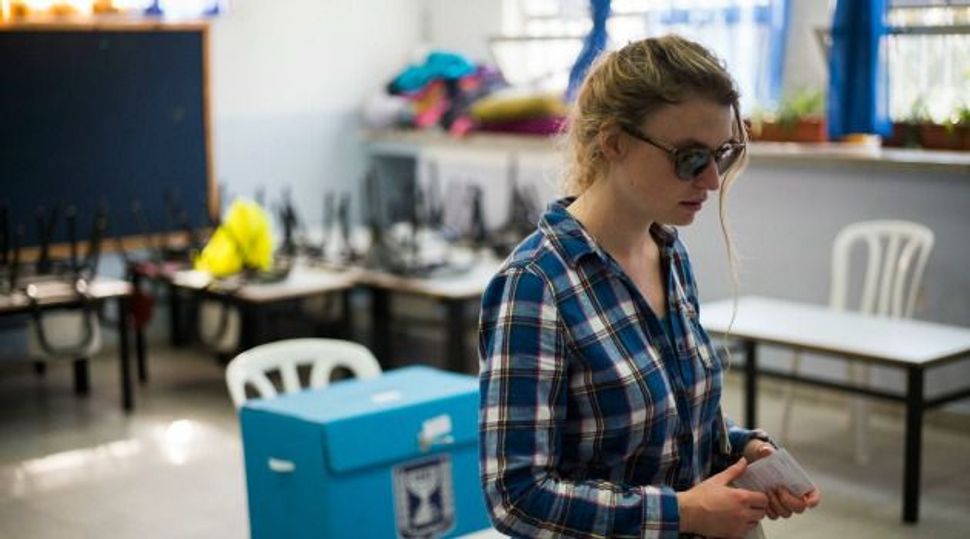 Israeli voters are now officially exhausted by too many elections. Twice in two years, Prime Minister Benjamin Netanyahu has failed to pass the state budget, and by calling early votes he threw the country into chaos. We now alternate between one year needed to dissolve the Knesset and government and reconstitute them, and another year in which we try to govern already with an eye to the next dissolution. The main result is that for several years now there has been a lack of a government in Israel, and for about half of the time — in the absence of the Knesset and government — there is a single conductor that governs according to his will and his court.

This appalling lack of governance has been described by some as a consequence of the fragmentation of Israeli society, which creates election results that are both uncontrollable yet always lead to a predictable paralysis. But there is one factor that can be controlled: the anachronistic electoral process that Israelis continue with extreme masochism to inflict on themselves.

Israel is the only democracy in the world where elections are adjudicated through a pure proportional method, with the modest correction this time around of an admission threshold of 3.25%, on one single national college, with predetermined lists, without the ability by voters to express candidate preferences. The order of the candidates on the various lists is determined by some of the parties through easily manipulated primaries, and in other parties by a handful of people or by a single individual.

Moreover, the existing method creates unbearable distortions of the geographical representation of citizens. For example in the outgoing Knesset there are 10 residents of Judea and Samaria (8.3% of all Members) while the population of Judea and Samaria does not exceed 4.4% of the national population. The percentage of voters of Judea and Samaria is even lower given the younger age composition of the local population. On the other hand, 14.4% of the national population lives in the southern region, from Ashkelon to Eilat, but their parliamentary representation in the outgoing Knesset does not exceed 3-4 deputies. Many more examples exist of the significant imbalance between the geographical distribution of voters and that of Knesset members.

The current electoral system therefore creates two serious problems to Israeli democracy: lack of governance and lack of representativeness. These distortions have serious consequences in the definition and management of Israel’s national interest.

Although no electoral method can solve all problems alone, in a complex society like Israel a partial solution exists: moving to electoral districts. This involves the division of the country into 120 districts, as many as the Knesset deputies, and the election of a representative in each district. Districts will be established by the Central Election Commission, under the watchful eye of the Supreme Court, on the basis of districts comprising the minimum contiguous surface necessary to achieve the due share of voters – i.e. the one hundred and twentieth of all registered voters. One can adopt a one-round system, like in the United States and the United Kingdom, or in our case better a two-rounds-with-playoff method, like in France.

Thus, and not otherwise, Israel citizens will have an adequate parliamentary representation, and the number of parties able to elect Knesset members will be drastically reduced. In each electoral district coalitions will have to be built between parties to support a candidate with a chance to win. Given the profile of Israeli polity, instead of the 12 existing parties there will be 4: one of the center-right /right, one of the center-left /left, one supported by mainly Haredi voters, and one from predominantly Arab voters. Elections will have winners and losers.

The vote by electoral districts will also create exciting contests. For example, in the Judea-South district Baruch Marzel, the far right politician from Kiryat Arba will run against Jewish Home member of Knesset Orit Struck of Hebron, and only one will be elected, while with the current system both might be. In the Hadera-Coast district, Benjamin Netanyahu of Caesarea will face Moshe Kahlon of Givat Olga. And so on in Nazareth, where probably an Arab MK will be elected, in Bne Berak, where the winner will probably be a Haredi Jew, or in Tel Aviv-North, where likely the winner will be someone from Labor or from Yesh Atid.

It might not be a perfect system, but if you don’t like it, get ready for new elections within two years.

Sergio Della Pergola is professor emeritus at the Hebrew University of Jerusalem.