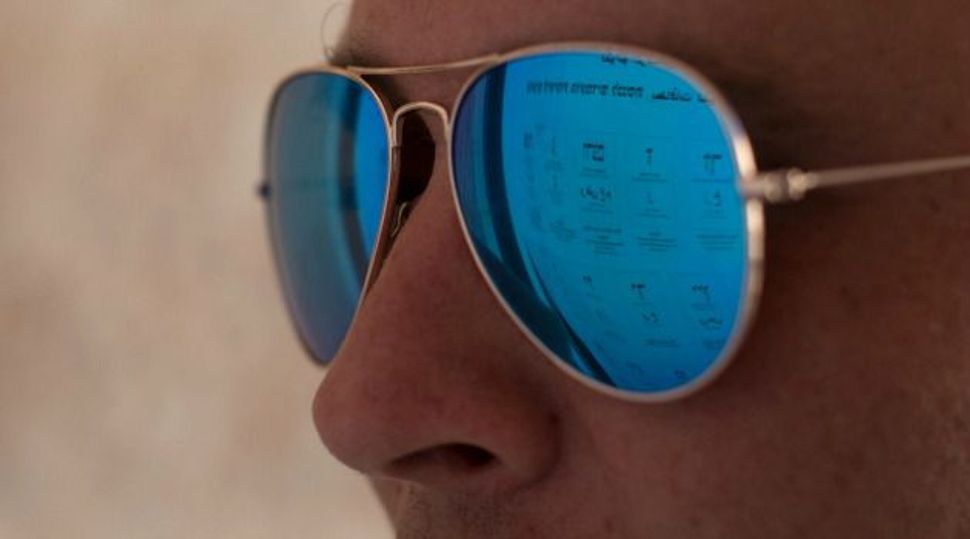 J.J. Goldberg and Nathan Guttman analyze Israel’s exit polls as they come in, bouncing ideas off one another to figure out what’s next for the government. This post will be updated frequently, so check back soon.

Isaac Herzog put on his best face and told his supporters that it ain’t over yet.

But to get the true picture of the shape the Zionist Union is in, it’s worthwhile listening to Reuven Adler, the party’s strategist who spent his entire career in the battlefields of Israeli politics. Adler basically conceded on behalf of his client. Asked if Netanyahu is better positioned to form the next government, Adler replied dryly, “yes.”

Herzog may not be ready to admit it yet, but it is pretty much over.

In order to become the next prime minister, Herzog needs to pull off the political stunt of the century and convince Moshe Kahlon to take a risk and join him instead of the Likud party where he and most of his voters feel comfortable. Kahlon himself said in his speech tonight that he has forgiven everyone. Who exactly? Kahlon didn’t say, but if Netanyahu is on the list of those granted forgiveness by the new kingmaker of Israeli politics, the road to the next Netanyahu right wing government is paved.

Herzog’s other last chance is to somehow convince Netanyahu and President Rivlin, that only his presence in a national unity government could save Bibi from the international calamity waiting around the corner: a bad deal with Iran, tensions with America, and a Palestinian move in the U.N.

Netanyahu, however, has no reason to buy this promise. After all, he had just proven in his speech to Congress that one can defy the will of the United States, of all the free world, and of many of his voters and still get reelected.

This reverses my earlier count of recommendations to the president for who should have first crack at forming a coalition. That had been 57 for Herzog and 54 for Netanyahu. If Yahad’s numbers hold up, that’s now 57 for Netanyahu and 54 for Herzog. One twist: One of Yahad’s four new lawmakers, former Kahanist Baruch Marzel, threatened earlier not to recommend anyone for prime minister. That would make it 56 Netanyahu, 54 Herzog.

That said, it’s still up to Moshe Kahlon. Whoever he picks gains an immediate majority and wins the president’s nod. What are his considerations?

For Netanyahu: Kahlon considers himself a true Likudnik, who’s come to restore the Likud to the true path that Menachem Begin envisioned. To do that he needs to get in the game. On a more crass level, joining a Likud-led coalition positions him to maneuver to succeed Bibi as leader of the movement. In a Herzog-led coalition he’s just one of many social activists — though one with considerable clout, given the near-certainty that Herzog would make him finance minister.

For Herzog: Kahlon said tonight that he would join with whichever camp promises real social reform. The Labor Party has a crowd of social reformers close to Kahlon’s school in key positions, including Shelly Yachimovich and Stav Shaffir in the 3 and 4 slots on the party list after leaders Herzog and Livni. If Kahlon seriously wants to implement reform during the next Knesset, that’s the spot to do it.

Which way will he go? Smart politics of the classical sort would dictate that he go with Bibi. But he just might be naïve enough to pretend he’s Mr. Smith going to Washington and join with Herzog. He says he’ll announce his decision after the final vote count on March 24. Until then we’ll be holding our breath.

Despite the tight race, Bibi is the big winner, at least of this night.

First, he came back from the dead with an aggressive campaign that proved there is nothing like some last-minute fear-mongering to get voters back to the base. Also, he is in a better position than Herzog to get tasked by President Rivlin to create the next coalition.

Netanyahu’s dream coalition: Bennett (weakened and battered, just like Bibi wants him), Shas (also significantly weaker, thanks to Yishay who broke off), UTJ (the Ashkenazi ultra Orthodox), Lieberman (also, too weak to pose any threat) and Kahlon. A classic right-wing government.

Herzog will have to jump through hoops to get to anything close to a coalition.

Only saving grace for Herzog — Bibi could prefer a national unity government with Zionist Union, which will help him deflect international pressure and would make coalition negotiations much easier.

On the surface it looks like a dead heat, which means an advantage to Bibi and a disappointment to Herzog. All the smart thinking pre-election was that Herzog needed a significant lead over Bibi in the final Knesset seat count in order to overcome Bibi’s advantage in the ease with which he could form a coalition. Herzog would need to bring the Haredim together with Lapid, which would require considerable muscle and bargaining power to force them to compromise with each other. Bibi wouldn’t have that problem — he needs to bring the Haredim together not with Lapid but with Bennett.

Things are different now. Their natural camps are lopsided in the opposite direction. Here’s how it breaks down according to Mina Tzemach’s exit poll on Channel 2:

Additional recommendations, though no commitment to join a coalition later: Joint List for Herzog: 13. Haredim for Bibi: 13 (assuming Torah Judaism recommends Bibi — they might not recommend anyone). Total recommendations: 57 for Herzog, 53 for Bibi. By cannibalizing Bennett’s vote to bring his own party even with Herzog’s, Bibi may have undermined his bloc and weakened his bargaining power. Unless there’s a big surprise — or Kahlon decides to break his silence and recommend Bibi — it looks to me like Herzog gets first crack at negotiating for a coalition.