What’s an Israel Advocate To Do? 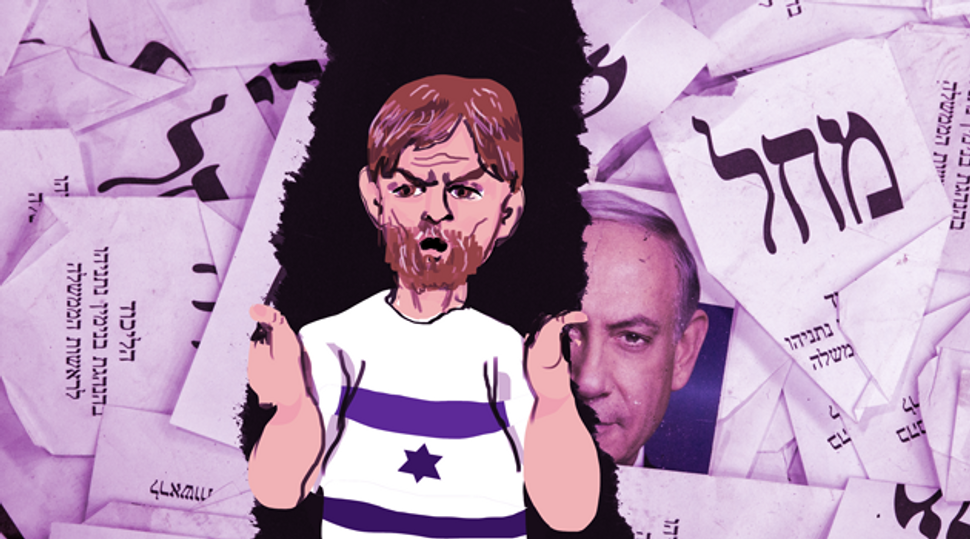 Years ago, I was on the National Executive of the National Union of Students in Britain, elected ostensibly to defend Israel against rabid anti-Zionists. I have also trained Israel advocates on Birthright tours and on yearlong programs in Israel.

I am an Israel advocate, and I remain dedicated to defending Israel against unfair allegations, double standards, and demonization. But something in me has changed. Something has broken.

In order to defend Israel against its critics, at school and university, I would find myself defending Labour policies one year, Likud policies the next, then Kadima policies after that. I sounded like I was contradicting myself, and, of course, I was, because I wasn’t really speaking for myself. I was acting as a self-appointed mouthpiece for whichever government happened to be in power. I saw that as my role, as a Jew in the Diaspora: to serve as an unofficial ambassador for a government I didn’t elect. It’s as if that role was part of what it meant to be a committed Jew in the Diaspora.

That is no longer the case. I’m now an Israeli citizen (albeit living overseas on a research fellowship in America). But the government due to emerge after these elections doesn’t speak for me. And I will not speak for it. In fact, I don’t see why anybody should.

This election has surely killed the myth that Israel advocacy demands defending a government; a myth that J Street was born to fight. Netanyahu won this election by taking peace off the table, and by racist scare-mongering. I will not sully my name in defense of this government and I don’t expect Diaspora Jewry to do so either.

So what becomes of Israel advocacy — this deep seated desire in the soul of the Diaspora Jew to speak up for Israel — when the government is so far away from representing your outlook and values?

One friend asked me the following question: “If an objective analysis lead to the belief that on balance Israel/Israeli society is unsalvageable from becoming a failed state, mired in racism, fascism, militarism and oppression and all kinds of things that are contrary to Jewish values, would you be prepared to stick your neck out and admit it?”

The answer is yes. I would. But it’s really important to note that this election hasn’t proven any such thing. There is still a left-wing in Israel. More people voted against Bibi than for him. The ultra-Orthodox share of the vote shrunk this year, even if they now hold the balance of power in the coalition building process.

Herzog lead the Labour party to become a real electoral force again. Lapid ran a hugely principled and policy driven campaign. Israel has a stronger opposition than it has had in years. The dream of building a vibrant and just Israel; an Israel that is a home to all of its citizens and lives up to the dream of being both a distinctively Jewish and a firmly democratic and liberal country hasn’t died. That Israel lives. It’s dormant. And, if it learns how to articulate its vision, it can beat the politics of fear that’s taken hold of Israel.

I fear that that dream will take a beating at the hands of the government about to form. But the dream lives.

I have been told by right wing friends, to be gracious in defeat. Democracy has spoken. I should respect it. I reject that notion entirely. On the contrary. What makes Israel such a vibrant democracy is that whoever loses an election respects the rule of law but is truly upset, even devastated about the results. Israel is a democracy where people really care about the issues.

That vibrancy is another reason to keep faith. Netanyahu didn’t win the support of the majority of Israelis. The right is very powerful, but the right-wing block didn’t actually grow in this election, and there is still a left, re-finding its feet, and a centre-left too, and it won’t go away. And while that dream is still alive, I still have enough passion left in me to stand up to those powerful voices who think that Israel is the most dangerous state on earth, and that Israel, above all other States, has no right to exist; and that boycott rather than positive engagement is the way to go. Those voices are wrong. And what it means to be a pro-Israel advocate has nothing to do with defending a terrible prime minister, and everything to do with defending a country that still has tremendous promise; in the words of our anthem, “the hope of 2000 years.”

What’s an Israel Advocate To Do?