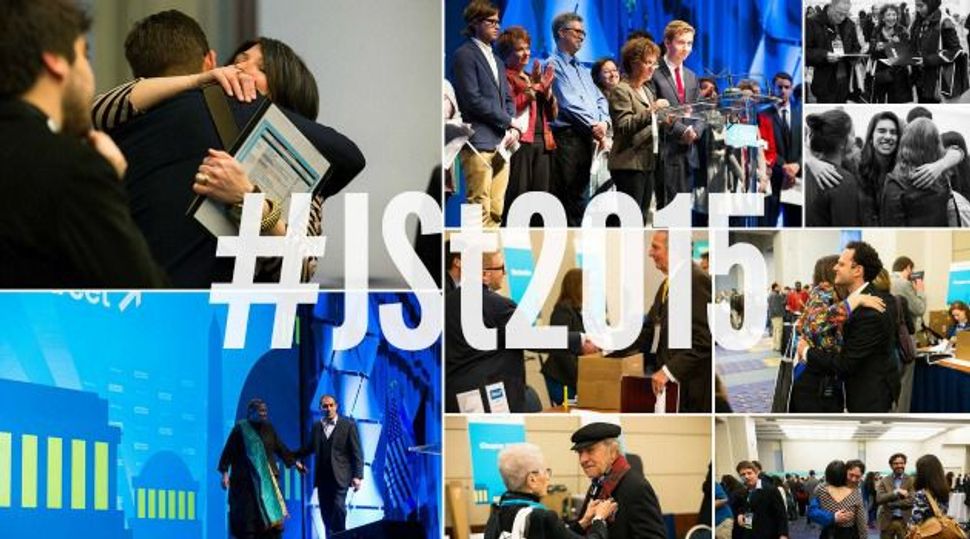 Speaking at a press conference on the margins of the J Street national convention today, a group of left-wing Knesset members split over the role they’d like American Jews to play in American diplomacy, particularly at the United Nations.

Responding to a reporter’s question, Zionist Union lawmakers Yoel Hasson and Ksenia Svetlova said they opposed a UN resolution on a Palestinian state. “We all support a two-state solution,” Hasson said, “but the UN is not the place for it. The only way is for Obama to be active, to talk to the Palestinians, to talk to Netanyahu. And the Arab states in the region can play an important role.”

By contrast, Tamar Zandberg of Meretz welcomed the prospect of a UN resolution as a way of helping Israelis and Palestinians come together around a joint framework. “A UN resolution is something Israel should support,” Zandberg said. “How can you support a two-state solution inside [Israel] but oppose it outside?”

Zandberg said she was pleased with the election results, because “the right-wing victory is clear.”

In a clear dig at Yair Lapid’s Yesh Atid party, she added: “The most dangerous phenomenon we saw last time was parties running as left-wing, winning votes from the left and then taking them into a right-wing government. This time all the left is in opposition. It’s much clearer and more unified.”

Zandberg said she was happily surprised by what she found at the J Street conference. “I came to this conference three days after the election and was sure I would find depression and sadness. I was surprised to find energy. I met people who said they decided to come here after seeing the election because they wanted to feel the energy.”

There were subtle differences on other issues as well. Zandberg called for forging stronger ties between Israeli and American Jewish liberals and a clearer differentiation between the two camps, while Hasson urged American Jews to unite wherever possible around issues of consensus.

“We’re accustomed to relations between American Jews and Israel,” Zandberg said, “but we’ve also seen the Israeli right building strong ties to the American right. We should be doing the same thing.”

She also urged the Zionist Union and Yesh Atid to “accept the self-definition as left within Israel and reach out to our counterparts here. We should create a much clearer distinction between the two political camps.”

Hasson and Svetlova, by contrast, urged American Jews to work harder in a unified fashion to prevent Iran from achieving a nuclear weapons. “This is something we in Israel all agree on,” Hasson said.

Svetlova, however, attacked Prime Minister Netanyahu’s approach to the Iranian nuclear issue. “Israel is now excluded from the discussions and shaping of policy, which is the opposite of what he should have accomplished,” she said. “We are opposed to the prime minister’s confrontation approach to the Obama administration.”