Want To Fight the Occupation After Bibi’s Victory? Here’s How. 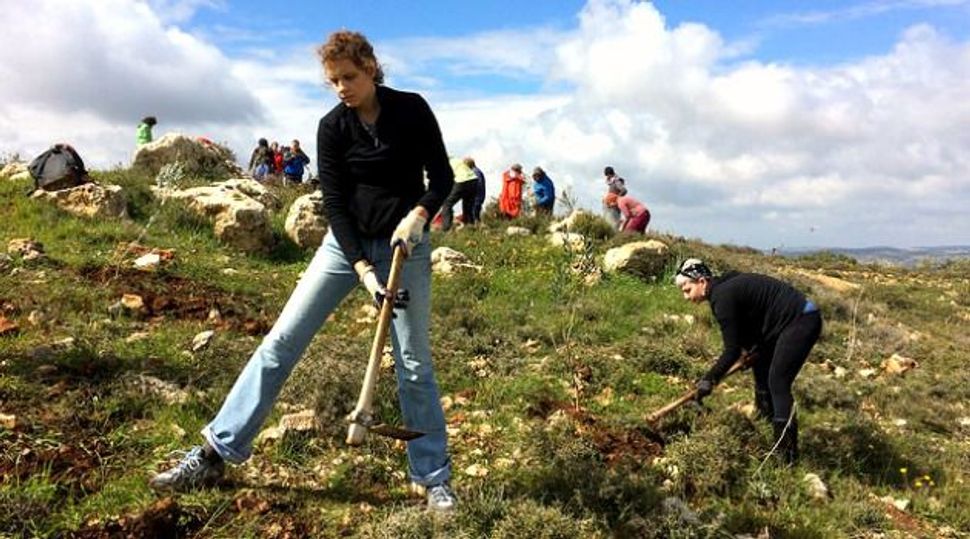 Nothing has more depressed American Jewish progressives than the recent revelation that Israel will be facing four more years of Benjamin Netanyahu. Netanyahu’s renewed reign spells continued rancor between the two countries American Jewish progressives care about. It means more troubling conversations about Zionism for campus Hillels. Most conspicuously, it means four more years of occupation, oppression and denial of rights carried out in the name of the Jews. The question for progressive Jews is, now what?

Peter Beinart sat on a J Street conference panel on Sunday and gave some recommendations. In particular, he rang a bell for American Jewish solidarity activism. In his words: “We need to think very hard and very creatively about how we amplify Palestinian nonviolent protest in the West Bank…the best way we could do that is to be there ourselves.”

Yes, Beinart was suggesting that American Jews who oppose the occupation fly to Israel to stand in nonviolent solidarity with Palestinians in the occupied territories. What Beinart didn’t mention is that there is a new organization doing just that. It’s called the Center for Jewish Nonviolence. (Full disclosure: I have worked very closely with the Center and hold a position in its organizational structure.)

In the United States, Jews who seek an end to the occupation have tended towards various types of activism. At J Street, the discourse is political. At Jewish Voice for Peace, it’s international. This has left the grassroots nonviolent direct action model relatively unexplored by North American Jews. Until now.

The first pilot delegation of the Center for Jewish Nonviolence came to the territories last month to do tree replanting on the Nassar family farm (Tent of Nations) after the army uprooted many hundreds of trees six months prior. They also protested denial of access to areas in Hebron.

And they’re ready to do more. Schlepping Jews to the territories for splashy activism is central to the Center. But to challenge the status quo, the situation must be met face to face. Recognizing that there is much work to be done on the ground in North America, the Center is also taking on American Jewish establishment organizations complicit in the injustices of the occupation. It is organizing an alternative “Congress” to protest the World Zionist Congress, for example. It is also in conversation and partnership with other organizations — both Jewish Israeli and Palestinian — that do similar work. As for its “views” on one state or two, BDS or no BDS, it stops short of taking a stance, and instead focuses on the impact of nonviolent direct action.

Perhaps the more burning question is: Why might nonviolent direct action by American Jews work? First, says Beinart, this will force the occupation higher up on the agenda. “Once America’s rabbis have to face the parents whose children are being tear gassed and shot with rubber bullets in the West Bank [and] once the American Jewish local newspapers have to write about it because it’s the kids from their day schools who are at those protests, then the American Jewish community will not be able to ignore it anymore,” he said.

More symbolically, American Jews have a powerful history of standing in solidarity in other struggles. Ilana Sumka, who founded the Center and who previously worked for five years as the Director of Encounter’s Jerusalem office, put it this way: “The legacy of civil rights activism is strong in my parents’ generation. It’s one I inherited, and it’s one I intend to use. The Center’s activists put themselves on the line for a just Israel and justice for Palestinians; there’s no greater challenge and no greater opportunity facing our generation.”

Larry Rubin, a veteran of the 1964 Freedom Summer campaign in Mississippi, was on the Center’s pilot trip in February. He is now on a speaking tour with Open Hillel, talking about the American civil rights struggle, and Israel-Palestine.

Of course, Beinart and Sumka are not the first to take this road or make this argument. Privilege leveraging of this sort has been taking place in Israel almost since the occupation began some fifty years ago. Israelis and internationals of various stripes have been tear-gassed and shot at, engaged in resourceful and imaginative protest, and have done their vigilant best to help Palestinians stay on their land and in their homes. From Sheikh Jarrah Solidarity to Ta’ayush to Rabbis for Human Rights, these organizations and organizers are tireless, and should be commended. Even some Diaspora Jews who live in Israel have joined the fray — the All That’s Left collective is a good example.

Now it’s time for American Jews to do the same.

Want To Fight the Occupation After Bibi’s Victory? Here’s How.