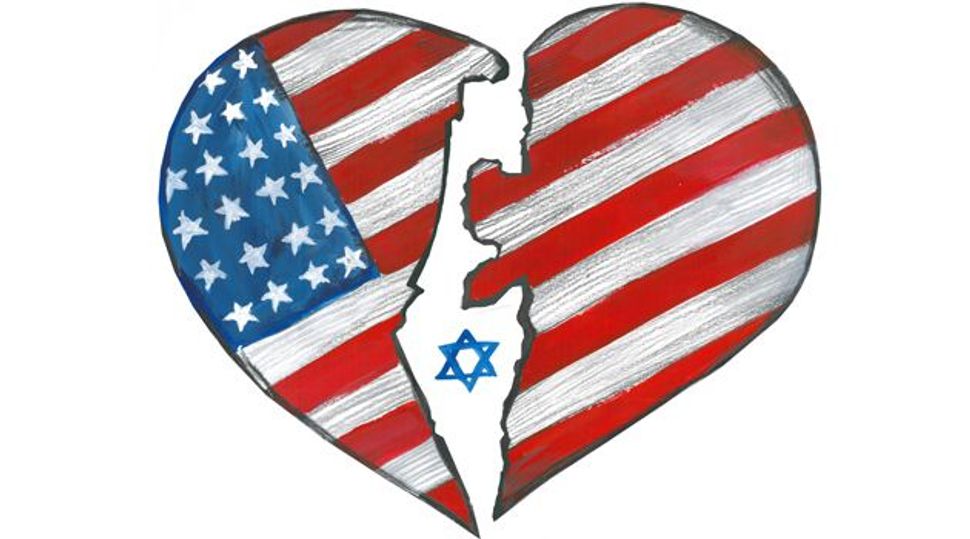 Benjamin Netanyahu’s surprising and decisive victory in the Israeli elections has created a wrenching dilemma for many American Jews: How to continue to love Israel while a government that violates many of our community’s values is in place?

This is likely not an issue for those who unequivocally support Netanyahu’s aggressive, nationalistic stance and cheer the fact that he won by dismissing the two pillars of American Middle East policy: the creation of a two-state solution with the Palestinians and the pursuance of a nuclear deal with Iran. Many Jews here eagerly accepted his apology for his disparaging words about the Arab vote and quickly nodded in agreement when he qualified his dismissal of a Palestinian state.

Trouble is, it’s impossible to know whether Netanyahu the candidate or Netanyahu the prime minister was expressing his truth. For many of us, his statements won’t easily be forgotten or excused, no matter what he now says. And even though Netanyahu has voiced a serious, valid critique of a potential deal with Iran, the manner in which he used the U.S. Congress to defy a sitting president has left a lingering resentment.

Thus the dilemma. For years we have been told that we must put aside our liberal values — the values that have allowed us to prosper into the Diaspora’s largest, most proud and significant community — when it comes to Israel. Ignore nearly a half-century of occupation. Ignore the domination of an ultra-Orthodox rabbinate.

Recognize, instead, that Israel’s tough neighborhood and its existential threats demand that it employ a different set of behaviors. Focus, instead, on its raucous democracy, innovative economy and extraordinary people, and on the thrilling promise of Zionism.

That promise ignites us still. But Zionism has always contained within it a struggle between pursuing the legitimate aspirations of the Jewish people for sovereignty in its ancient homeland and contending with the rights of others who also have long lived on that land. After six decades, it is not unreasonable to hope for progress in resolving that struggle. Instead we are further away than ever, and only some of the blame can legitimately be placed elsewhere.

So what to do? Some thought leaders and organizations are ripping off the gloves. Writing in Haaretz, Peter Beinart urges American Jews to boycott goods produced in the settlements, support Palestinian bids at the United Nations and push “the Obama administration to present its own peace plan, and to punish — yes, punish — the Israeli government for rejecting it.”

Meantime, J Street, created six years ago to provide a progressive alternative to the mainstream pro-Israel lobby, is redefining itself as the not-so-loyal opposition. J Street had knocked hard on the door of the umbrella organization purporting to represent major Jewish groups, but that portal refused to open. Now J Street is walking away, trading in an unanswered plea for acceptance for a loud demand to be heard.

Its recent convention illustrated how some progressive Jews were eager to liberate themselves from the expectations of mainstream legitimacy and just say what they think. Unshackled, J Street seems more satisfied with itself, more determined and galvanized.

But these are risky strategies. They will alienate those American Jews fed up with Netanyahu but not willing to further exacerbate the frayed ties between the United States and Israel, and unhappy about using one country to diplomatically bludgeon another. From the other direction, this angry opposition has to be careful not to strengthen the growing force to its left — those who take every opportunity, real or imagined, to target, unfairly judge and demonize Israel and, even if they won’t openly admit it, simply don’t want a Jewish state to exist as a sovereign nation.

What else to do? Some Jews will jump ship. Despite the boatloads of money spent by Republicans to woo the Jewish vote in election after election, however, we still believe that most American Jews are not willing to give up all the other things they hold dear — economic and social justice, environmental action, abortion rights, gay and lesbian rights, the separation of church and state — to vote on only the uncompromising, hardline view of Israel championed by the GOP.

We must craft an alternative. We must retain a genuine, critical but loving connection to Israel and what we believe are its deeply grand and humanistic values while distancing ourselves from a right-wing government that stands for the opposite. To do this, we have to build bridges at home and to Israel.

At home, we need to break apart the ridiculous and increasingly flouted rules governing conversation about Israel in Jewish communal spaces, especially on college campuses. They make no sense. Young people don’t see boundaries, and the more the institutionalized Jewish community tries to draw stricter lines for acceptable speech, the more the next generation will be pushed either to join the not-at-all-loyal opposition or simply walk away in disgust.

So, for example, it was a strategic mistake for Eric Fingerhut, president and CEO of Hillel International, to accept and then decline a chance to speak to the 1,000 college students at the J Street conference. (He apparently changed his mind again and agreed to meet with a J Street U delegation.) We need to encourage conversation and debate, and not be so afraid that our precious college students will hear words and ideas that upset them — from the right or the left. Only by confronting uncomfortable truths can we strengthen the muscles needed to maintain critical attachment. We’ve gone flabby for too long.

There’s another divide that this election lay bare: the growing ethnic divisions within Israel, which had the Tel Aviv WASPs — white Ashkenazi supporters of peace — voting left and the Sephardic/Mizrachi Jews everywhere else voting right. Jewish identity in Israel is becoming more nationalistic, less secular and, yes, less liberal, a trend Netanyahu was able to exploit brilliantly in the campaign’s final days. Diaspora Jews cannot walk away from this. We must seek to understand it, connect to it, listen, learn, drop our romantic ideas and recognize that a different Israel is emerging.

Writing just after the election, Ari Shavit called for “a new social contract that will address the inter-tribal chasm paralyzing Israeli society.” That same inter-tribal chasm threatens American Jewish society as well. Our dilemma is similar. So, too, is our task.