The Seder Is a Mother 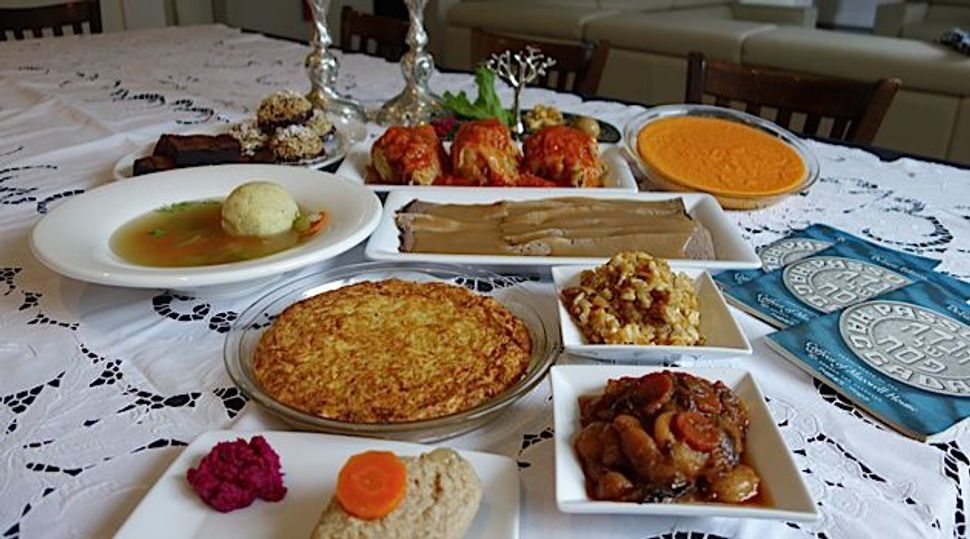 The Ritual: The Seder is a chance to instill in our children and grandchildren the realization that they are not mere independent individuals but rather parts of a people.

In a traditional nuclear Jewish family, there’s no denying that the father is the apparent authority figure. To be sure, it’s often, if not always, the case that the mother’s will and wisdom are what persevere. But, at least concerning appearances, it’s Dad who’s the “boss.”

And perhaps never as obviously as at a traditional Seder, when the male parent leads the proceedings, and his wife is, all too often and lamentably, barely awake as the result of her pre-Seder labors.

Might we suspend, just for the moment, our righteous indignation over that admittedly sexist narrative? There will be plenty of time later for howling and putting kumquats or whatever on the Seder plate. Let’s focus here, rather, on something intriguing about the role of the father-Seder-leader: He’s acting as a mother.

The Seder is not a Talmud lesson, or even a Bible studies class. Some Torah verses are cited, but the role the Seder leader plays on Passover night, vis-à-vis the younger Jews — who, the Talmud tells us are the focuses of the night — is a very specific one. We are teachers, to be sure, but it is not so much information that we are imparting; it is identity.

At the Seder, in other words, we seek to instill in our children and grandchildren the realization that they are not mere independent individuals but rather parts of a people, members of a nation geographically unconstrained but fused by history and destiny. We impress on them the fact that they are links in a human chain stretching back to the birth of the Jewish nation, back to the time when our people were divinely redeemed from mundane slavery in Egypt and entered a sublime servitude of a very different sort — to God — at Sinai.

That’s an immeasurably important mission, and likely a large part of the reason that so many Jewish parents who are alienated from virtually every other Jewish observance still feel compelled, often without realizing why, to have at least some sort of Seder.

On Passover, as we celebrate the birth of the Jewish nation and plant the seed of Jewish identity in the minds of smaller Jews, we are in effect birthing the Jewish future. And so, while the father may be presiding over the proceedings, he is acting not as an instructor but in a decidedly maternal role, as a spiritual nurturer of the children present.

Indeed, in Jewish religious law, or Halacha, Jewish identity is in fact dependent on mothers. While a Jew’s tribal connection — say, whether he is a cohein or she a cohenes — follows the paternal line, whether a child is a member of the Jewish people in the first place or not, depends entirely on the status of the mother.

That technical maternal determination of identity reflects a sociological reality: Mothers are the parents who instill the most fundamental identity awareness in their children.

All of which may be the key to one of the Haggadah’s many mysteries. Despite the late hour and exhaustion (not to mention four cups of wine), many a Jewish mind has wondered during a Passover Seder about all the book’s “fours.” Four questions, four sons, four expressions of redemption, those four cups.

The author, or authors, of the Haggadah (whose basic structure is delineated by the Mishna but was enhanced with other material over ensuing centuries) employed an array of pedagogical methods, including songs, riddles and puzzles, as means of subtly conveying deeper ideas to the children at the center of the night (and to the adults, too). And they left us some clues to the puzzles.

One, hinting perhaps to the deeper meaning of the recurrent fours, may lie in the number-decoder that, as it happens, is built right into the text, toward its very end, where most good books’ keys and indexes are found. We’re a little buzzed and a lot tired once it’s reached, but the hint is unmistakably there, in “Echad Mi Yodea,” or “Who Knows One?” — a song that provides Jewish associations with numbers.

“Who knows four?” the song asks.

If you don’t remember the answer, well, why don’t you look it up?

The Seder Is a Mother