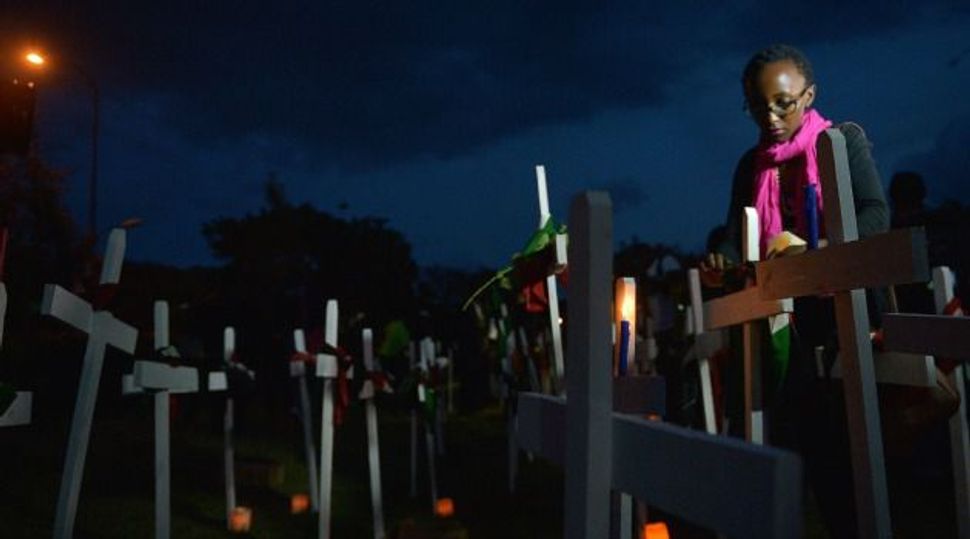 It is simplistic and even dangerous to compare terrorist atrocities, creating false equivalencies that ignore context and historical trends. Relatively speaking, the dozen deaths at the Paris offices of Charlie Hebdo and the murder of four Jews in the kosher supermarket earlier this year were horrifying and impactful not because of the number, but because of where they took place — in the heart of cosmopolitan Europe — and who was killed and why.

And, perhaps, because the victims were white.

Horrifying photographs and news accounts of the April 2 massacre of 142 college students, 3 soldiers and 3 police officers at Garissa University College in Kenya did not create a smidgeon of the same international outrage, even though the students were slaughtered by Shabab extremists simply because they were Christian.

The Vatican lamented what it called the “disturbing indifference” among world institutions and public opinion to the death of Christians, and Pope Francis on Monday said he hoped “the international community does not look on, mute and inert, at such an unacceptable crime.”

But so far, world leaders haven’t heeded the Pope’s call. They haven’t linked arm-in-arm to march down the streets of Nairobi, decrying the loss of young, promising lives, as so many did in Paris in January. The pathetic response by the Kenyan government — which allowed five terrorists to lay siege on a college campus for nearly 15 terrifying hours — has been largely ignored.

Race and geography explains some of the indifference, but not all. Christians come in many denominations and from many cultures, and don’t necessarily share the affinity that, say, Jews share worldwide — especially because, at 2 billion strong, Christians may not feel as vulnerable as 15 million Jews. So something like the Kenyan massacre “is doubtless deeply upsetting and troubling, but, we’re told, not necessarily seen as existential in the Christian world,” notes David Harris, executive director of the American Jewish Committee, who used his weekly radio spot to decry the “barbarism” of the attack.

Nonetheless, we can amplify the voices of outrage, concern and healing that are demanding to be heard. Ory Okolloh Mwangi, a Kenyan activist, lawyer and blogger, started the Twitter hashtag #147NotJustaNumber (before, sadly, the 148th victim died) to galvanize the grieving and humanize the victims.

#TheyHaveNames is another attempt on social media to break through the disregard and apathy. Indeed, they do. Lydia Melody Obondi. Mary Muchiri Shee. Tonie Wangu. Peter Odhiambo. The list goes on.

“We will name them. One by one,” Mwangi tweeted. That impulse to rescue a person from the anonymity of victimhood is something Jews know all too well. We know, too, the terrible price that is paid by global indifference to suffering and genocide.

“While after Charlie Hebdo happened in France the media focused on solidarity and unity. Here in Kenya we are feeling isolated. Kenya has been blamed for having a terrorist attack happen. We should unite in fighting terrorism instead,” Kennedy Odede, a community organizer and social entrepreneur in Nairobi, told the Forward.

Sustained improvements to security, governance and economic development are, in the end, what’s needed to confront terrorism. But in the meantime, we can at least name the names and let those who are hurting know that their dead are worthy of being remembered.